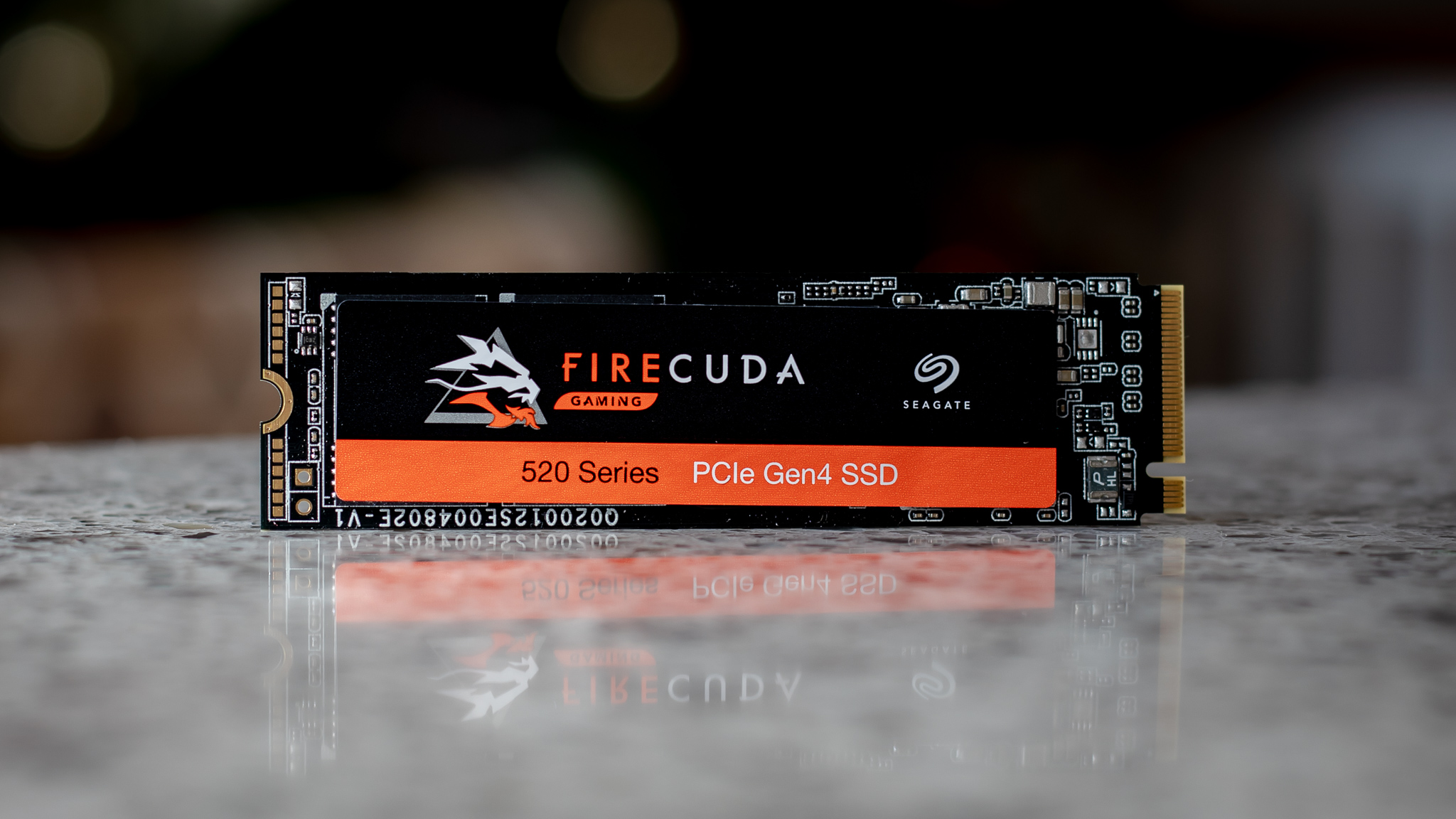 Non-Volatile Memory Express (NVMe) SSD drives have become the new standard for hard-drive performance and are much faster than conventional SATA drives. These drives slot directly into your motherboard, just like a RAM chip, and cut out unnecessary interfaces. If your computer doesn’t have an M.2 slot to support an NVMe drive, you can use an adapter that fits into the PCIe slot.

If you want the fastest speeds possible for gaming or other performance-based applications, an NVMe SSD is a must. They come in a range of capacities and offer different read and write speeds. These are some of the best NVMe drives available today.

Seagate Firecuda SSD drives are designed specifically for gamers and offer incredible speed. They are also made to withstand the rigors of competitive gaming and are very durable. According to Seagate, Firecuda SSDs should last up to 1.8 million hours and 3,600TB Total Bytes Written (TBW). You can even monitor the drive and easily update its firmware using the provided Seatools software.

The Firecuda SSD doesn’t come cheap, but it has a respectable 1TB storage capacity that can be used for storage or as a boot drive. When it comes to performance, it has a maximum sequential read speed of 5000MB/s and a maximum sequential write speed of 4400MB/s. This SSD is perfect if you want the edge when playing games.

The Corsair Force Series 500GB SSD is affordable and durable. It’s also compatible with the current range of AMD components, including X570 motherboards and Ryzen 3000-series CPUs. One of the reasons why this SSD drive is excellent for gaming is because of the built-in aluminum heatsink. It keeps the SSD cool under heavy loads and increases the overall lifespan.

The 500GB capacity may not be the biggest, but it’s more than enough for your operating system and to store some files. This SSD uses the latest PCIe Gen 4 x 4 interface and has a maximum sequential read speed of up to 4950MB/s and maximum sequential write speed of 2500MB/sec. For just over $100, the Corsair Force 500GB SSD is an affordable way to get fantastic performance and decent space.

If you need as much storage space as possible, the Sabrent Rocket 8TB is the way to go. The massive 8TB capacity should be more than enough for HD videos, music, and big game folders. This SSD even comes with free disc-cloning software called Sabrent Acronis True image to make life easier.

The Sabrent Rocket Q uses the older PCIe Gen3 x 4 interfaces, so its speeds are a bit slower to the other SSDs we’ve mentioned so far. The maximum sequential read speed is 3300MB/sec, and the maximum write speed is 2900 MB/s. These speeds are still reasonable and worth the compromise when you look at the large storage capacity. This SSD is fantastic if you need space, but it’s on the expensive side.

The Western Digital SN750 proves you can get a gaming SSD for around $50. You can buy it with or without a heatsink, and it also comes with a game mode. The heatsink is perfect if you have a gaming PC, but it doesn’t fit into laptops. When you activate the game mode, the SSD’s low power functions are disabled, allowing it to perform at its best.

At only 250GB, the capacity isn’t huge, but it’s enough to install an operating system and a few games. This SSD has a maximum sequential read speed of 3100MB/s and a maximum sequential write speed of 1600MB/s. These speeds aren’t as quick as some of the rivals on this list, but it’s acceptable when you consider the price. Overall, SN750 one of the cheapest ways to get an NVMe SSD.

The Silicon Power 1TB NVMe has a brilliant balance of price, capacity, and speed. You get 1TB of disc space for the same price as the rivals’ 500GB drives. This SSD uses the Gen 3 x 4 interface but still has a respectable maximum read speed of 3400MB/s and a maximum write speed of 3400MB/sec.

Other advantages of this SSD are a small size and light weight, which make it perfect for slimmer laptops and desktops. The rated lifespan of this SSD is less than other brands, but it’s expected with the low price. The Silicon Power 1TB has excellent value for money and is worth a look.

The Patriot Viper VPR100 brings RGB lighting to an SSD. It features a stylish heatsink with a prominent Viper logo in the center and LED windows on the grooves. If you remove the heatsink, it reveals that the LEDs are built into the SSD and just shine through the windows. The provided app allows you to configure the lighting on each section of the SSD and has presets like Breathing, Heartbeat, and Marquee.

The Patriot looks fantastic and also offers excellent performance. It comes with a considerable 2TB capacity and has an external thermal sensor. The maximum read speed of 3,300MB/sec and maximum write speed of 2,900MB/sec should also be enough for most people. The SSD Viper isn’t cheap, but you get something special. Obviously, it’s only worth getting if you have a gaming PC to show off the lighting.

The Teamgroup T-Force Cardea Zero Z440 is another SSD designed with gamers in mind. It works on the latest PCIe Gen 4 x 4 platform and boasts some of the fastest read and write speeds possible at 5000MB/sec and 4400MB/sec. If you have an older computer, you don’t have to worry because it’s also compatible with older Gen 3 x 4 systems.

The Cardea Zero Z440 comes with a decent 1TB storage capacity and is also available with 2GB. Instead of a conventional heatsink, it uses Teamgroup’s patented graphene and copper cooling module that’s just 0.02mm thick but provides around 9 percent of the cooling effect. When it comes to reliability, the Cardea Zero Z440 also comes with a long, five-year warranty. This SSD is perfect if you want blistering speed and adequate storage space.