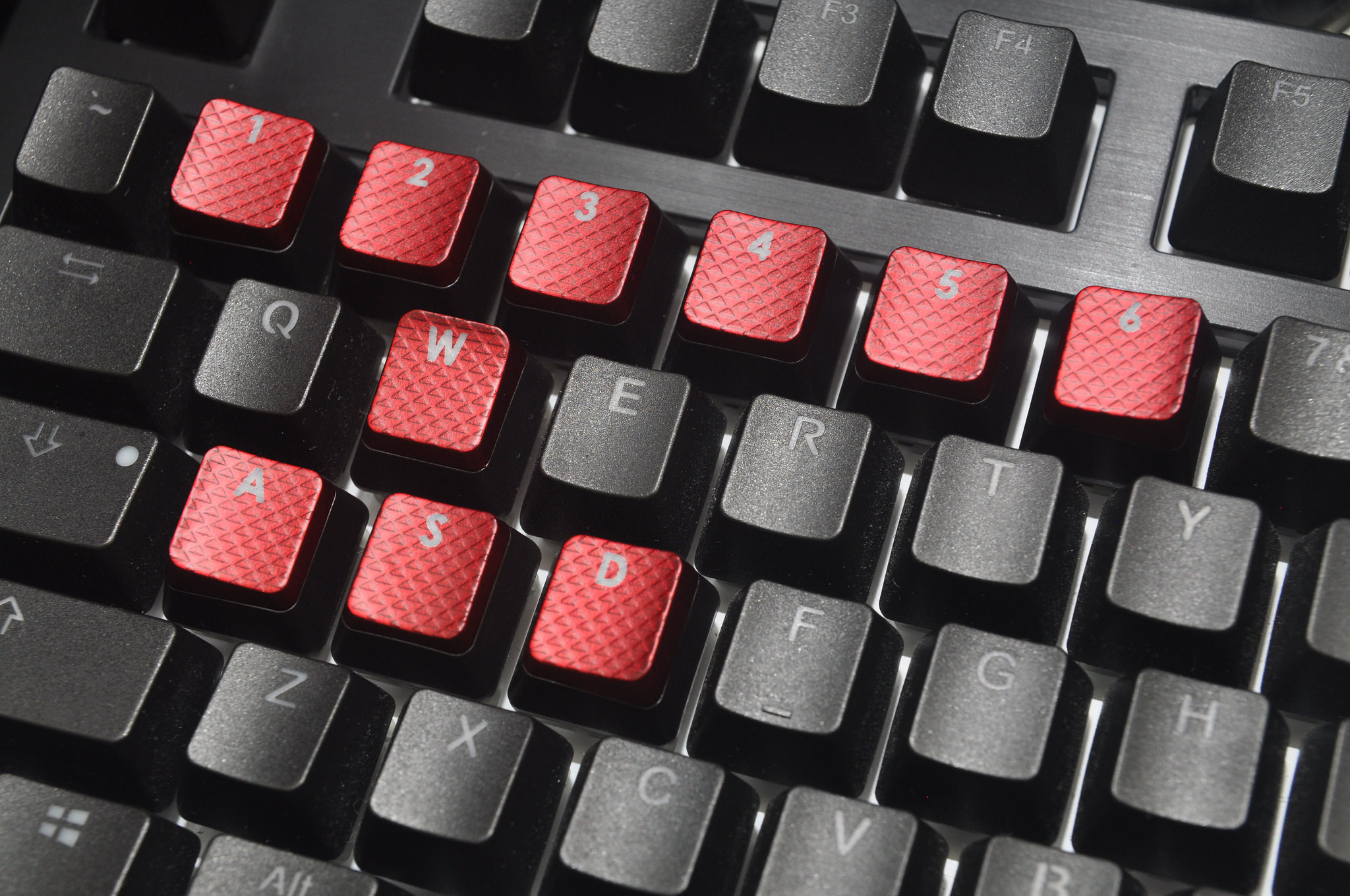 Getting a new keyboard used to be quite simple. There were only a couple of brands competing in the market and the choices were limited. But it’s quite the opposite now since new players in the market have started giving the big names a run for their money.

Everyone looks for something different when searching for a keyboard. Some value looks, while others value performance above all else. Nowadays, manufacturers try their best to satisfy both wants and stack their products with every deal-breaker aspect.

The biggest deal-breaker out there is probably the switch type. Switch type often decides the feel of the keyboard and the response time. Cherry MX switches are often referred to as the best switches on the market due to their response time, for example. They’re the top choice of gamers who want to take things to another level.

If you just want that clicky sound when you press the keys and want to feel nostalgic as if you’re using a typewriter, blue switches are for you.

The rundown of our favorite mechanical keyboards for competitive gaming has something for every gamer out there.

Mechanical keyboards are great for gaming. But when it comes to typing, they may be too loud for some people. Unless you really like the sound, a clicky keyboard can be more annoying than anything.

There have been attempts at making a silent mechanical keyboard for years and they all came up short in some ways. That ended with the Logitech G513, though. Logitech’s own Romer-G Linear switches show the world that mechanical keyboards can also be used when there’s someone sleeping in the next room.

Cons: No media or macro keys, can occupy a lot of space if you also want to use the padding.

Who should buy: Gamers who live with anyone who they don’t want to wake up in the middle of the night.

Razer has been a household name in the gaming industry for ages and it always finds new and innovative ways to eradicate its competition. The company’s newest innovation, “Razer Opto-Mechanical Switches,” can only be found in its Huntsman line. These switches are actuated by a beam of light that’s fired through the switches when you press the keys.

Thanks to this new technology, the keys are significantly more durable than the other mechanical keyboards on the market while still giving that tactile feedback. Typing on this keyboard is also a wonderful experience.

Who should buy: Gamers who are on the hunt for the latest innovations.

The name Alienware is often associated with luxury and overkill PCs and equipment. The company is known for its slick designs and giving that “premium” feel to its products.

This keyboard is also another great example of Alienware’s brand image and quality. If someone were to show this keyboard to you and guess its price, you’d probably be off the mark by a long shot.

Alienware shocked gamers with prejudices both by this keyboard’s value and its looks. It basically does everything a gamer needs while being as elegant as possible.

Cons: Plastic build, the general color off it may hinder you if you have an all-black setup.

Who should buy: Gamers who are looking for deals but also want something decent.

There are some things that are just meant for FPS gamers and this keyboard is one of them. During the designing process of the keyboard, its form wasn’t even on the list of the most important features. All that mattered to ASUS was its functionality.

The keyboard doesn’t have any unnecessary features and only focuses on delivering. It’s a reliable and durable keyboard that will net you frags but won’t let you use an extra button in an RPG. The keyboard allows full macro customization, though, so you may find a way around that after all.

Cons: No wrist rest, no USB pass-throughs, a bit expensive.

Who should buy: FPS gamers who are looking for something to get the job done.

A couple of years ago, it was all about the RGB. It was the new kid on the block and companies were racing against each other to have the best-looking keyboard with the most beautiful lights.

Now, the era is changing once more and wireless is becoming the talk of the town. Ever since the removal of the headphone jack, we started questioning wires and getting rid of them everywhere possible.

Keyboards have also joined that fray and there have been attempts at making a decent wireless gaming keyboard for a while. The only problem is the latency and struggles of Bluetooth technology.

The Corsair K63 was a great, well-rounded keyboard that was liked by many in the gaming community. Its wireless sibling also does everything right. The response time feels like it is non-existent if you aren’t playing competitive games at a high level.

Pros: Perfect for playing gaming on the couch, comfortable design.

Cons: Palm rest clips seem to come off a bit easier than they should.

Who should buy: Gamers who prefer couch sessions.

This keyboard does something that no one thought they would need in their lives. With Steelseries Apex Pro, you can set the actuation point for each key.

If you’re having a tough time choosing between a tactile or linear switch, this keyboard can offer you the best of both worlds. All you need to do is set a higher actuation while you’re gaming and mostly spamming keys and set a deeper actuation when you’re typing.

It could definitely be a no brainer if you’re working by day and gaming by night.

Cons: It can become both linear and tactile but it is not the best in neither of them.

Who should buy: Gamers who can’t choose between tactile and linear switches.

HyperX has surely come a long way. The company got its name out there with fantastic headphones and now is branching out to success in other fields. It’s always been about keeping it simple and just getting the job done.

In everything it does, HyperX lets the gamers have options and choose what suits them the best. The Alloy Elite comes in a range of switches from blue switches to cherries. The keyboard is also rugged and quite durable. It’s basically designed to meet all of your expectations whether you’re a gamer or a professional typist.

Cons: Doesn’t have the best software out there.

Who should buy: Gamers who don’t want to rob a bank for a decent keyboard.

This one is more for people who value their space. Decent compact keyboards are hard to come by, and if you stumble upon a decent one, you should hang on to it. Huntsman’s Tournament Edition manages to stay as compact as possible by not featuring macro keys or a numpad so you can have more space for your gigantic mousepad.

Razer’s Huntsman series features the company’s top of the line “Razer Opto-Mechanical Switches.” A kind of switch that’s never been done before, they get activated by a beam of light that’s fired through the switches when you press the keys.

Cons: Lacks a lot of features that could be deal-breakers to some.

Who should buy: Gamers who want the best but also don’t have the space for a full-size keyboard.

How would you like to change your switches whenever you felt like it? It would be awesome, right? Well, with Logitech G Pro X, you can do it.

Logitech decided that gamers should be able to buy a mechanical keyboard for life and maintain it as they go. Apart from do-it-yourself keyboards on the markets, we’ve never seen an example of this.

This keyboard could last 10 or more years if it’s taken care of well. Swapping out switches as the old ones wear out will surely prolong its life even further. But not all switches may fit this bad boy, so be sure that whatever you’re getting fits your keyboard. Or you can just order from Logitech to stay safe.

Who should buy: Gamers who want to buy a keyboard for life.

The last two entries have been compact keyboards, so let’s take a step back from those for our final contender. Probably one of the largest keyboards on the market, the Corsair K95 aims to give that premium experience to its users.

K95 comes with six dedicated macro keys alongside eight MB of on-board storage and media keys. With an actuation point as high as 1.2mm, this keyboard is a must-have if you’re playing games in which you need to spam your keys. You don’t even need to go easy on this bad boy since it’s built to last with its gigantic footprint and anodized aluminum frame.

It also features one of the best wrist rests available on the market right now. It’s super comfortable and also reversible.

Pros: Durable aluminum body, RGB that will turn your room into a disco, macro and media keys.

Cons: Off-putting software, a bit larger than your average keyboard.

Who should buy: Gamers who want all the functionality features in the world.