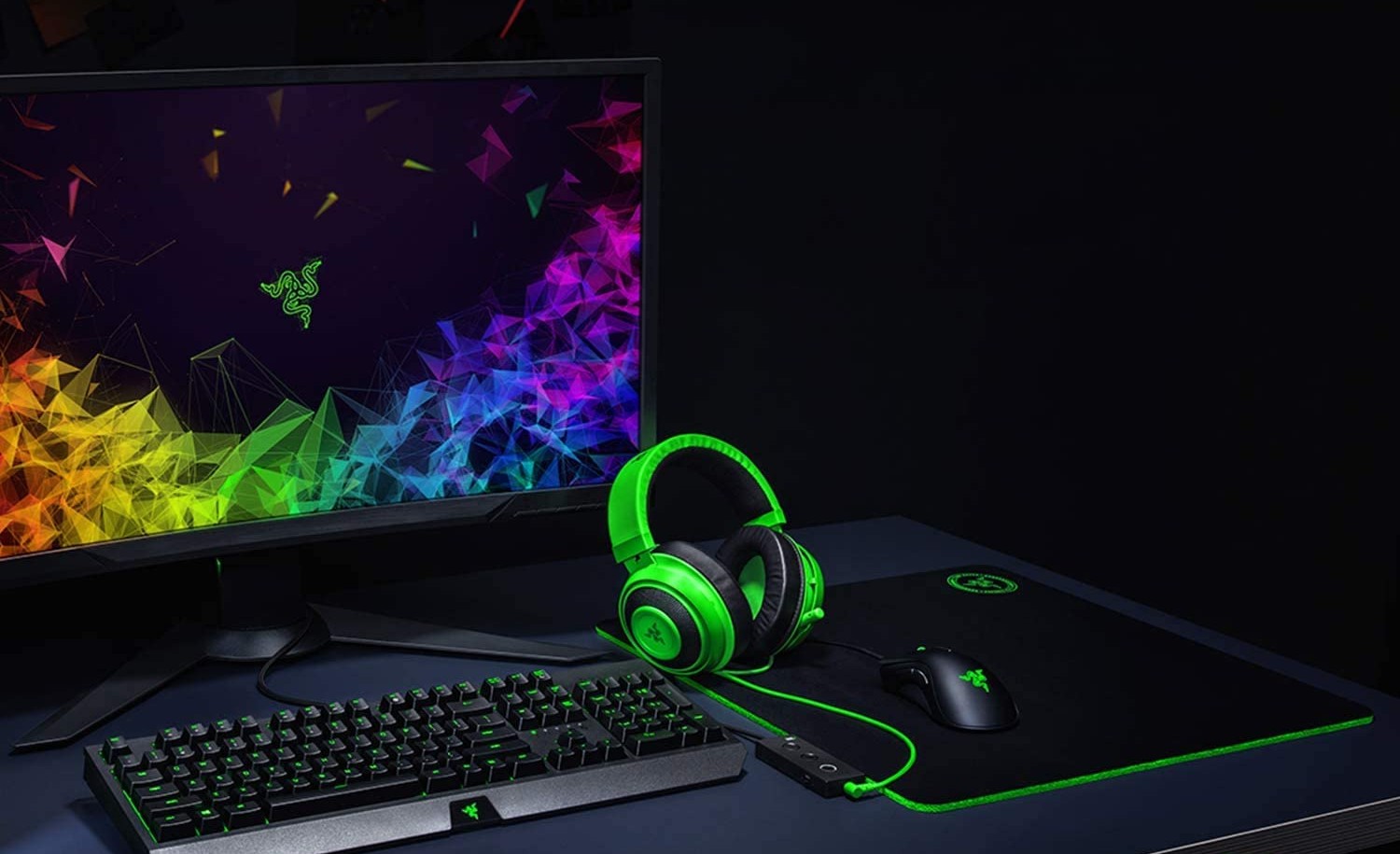 Great communication is key to winning in League of Legends. Teams have to coordinate their tactics and issue orders in real-time.

The best headsets for League of Legends drown out unnecessary background noise so you can focus on your game without getting distracted. Headsets should also have loud, clear audio. Many of the best headsets have noise-canceling microphones that are either detachable or can be folded away when not in use.

Here are some of the best headsets for League of Legends.

We’ll start the list with the Bose QuietComfort 35 Series 2 because it’s the official League of Legends global event headset. It’s advertised as a two-in-one headset because it can either work with Bluetooth or a standard 3.5mm jack. The Bluetooth option is perfect for listening to music, and it has a 20-hour battery life. When it comes to gaming, you’re limited to the wired connection because the detachable mic doesn’t work with Bluetooth. The mic might not work with Bluetooth, but it has superb noise-canceling features and clear sound.

This headset has a minimalist black design with clean lines and the Bose logo featured on the ear cups. There’s no RGB lighting, and the removable mic is the only evidence of its gaming pedigree. You still get conveniently located on-ear controls for volume and playback. It’s disappointing that there’s no virtual surround sound, especially when you consider the hefty price tag. It may be the official League of Legends headset, but it is missing some of its rivals’ features.

For around the same price as the Bose QuietComfort, you can get the HyperX Cloud Orbit S. It also has a minimalist black design with sturdy construction. The headband and headphones are covered in soft memory foam that molds to the shape of your head for incredible comfort. There’s an extensive list of on-ear controls, including separate volume controls for the mic and speakers and a button to toggle wireless charging on and off. You can also go through the different audio presets and choose between stereo or 7.1 surround sound.

One of the standout features of the HyperX Cloud Orbit S is the 3D sound. It uses head tracking to simulate a 3D environment, so the sound’s direction remains the same when you turn your head. Another great feature is wireless charging, but you have to buy the charging mat separately. The HyperX Cloud Orbit S isn’t cheap, but it’s worth it for all the features you get.

For half the price of the Cloud Orbit S, you can get the Logitech G Pro X. Not only is it reasonably-priced, but it comes with a range of customization options to increase its value. The package contains interchangeable leatherette and velour ear cups for you to choose from. You also get two 3.5 mm cables with inline controls, a USB DAC attachment, a 3.5 mm splitter cable, and a carry bag.

The Logitech G Pro X has impressive sound quality from the 50 mm drivers, and you can customize it further using the G HUB app. It allows you to configure the EQ, virtual surround sound, and Blue Voice software. Blue Voice takes samples of your voice then adjusts the settings to maximize its clarity over the detachable microphone. You can’t go wrong with the Logitech G Pro X because of its all-around performance and features.

The SteelSeries Arctis 7P is specifically designed for the PlayStation 5, but it also has outstanding functionality on other platforms. It comes in either white or black and features a steel frame with velcro adjustment straps. The velcro straps are perfect for gaming but don’t have a secure fit if you’re planning on using them while exercising. There’s also a Discord-certified retractable microphone, and you get on-ear mic and volume controls, along with a 3.5 mm jack and Micro-USB port.

This headset also works with a 2.4 GHz wireless connection and has an impressive 24-hour battery life. You can monitor the battery usage and configure the presets using the SteelSeries Engine 3 app. Since the Arctis 7P is designed for the PS5’s Tempest Audio Tech, there’s no virtual surround sound option for PC users. It’s a brilliant choice if you switch between platforms, but there are better options if you only play on PC.

The Corsair HS35 punches above its weight, considering its price tag. It still looks good for a budget headset with a combination of gloss and black plastic with a metal yoke. It also has adjustable earcups with soft memory foam and 50 mm drivers. The flexible Discord-Certified mic is detachable, and the volume control and mute button are easy to reach. There’s no wireless capability, and it uses a simple 3.5 mm jack for connectivity.

At this price-point, you can’t expect surround sound or advanced software features. Instead, you get decent stereo sound quality with bass that can be overwhelming at higher volumes. The mic still performs admirably and does an excellent job of drowning out background noise. The Corsair HS35 is worth a look if you have a limited budget.

You can get the Razer Kraken Tournament Edition for just a bit more than the HS35. This headset comes in black or green and features massive gel-infused earcups to keep you cool during marathon sessions. The headband and earcups both have a metal construction, but this headset feels light and comfortable. Razer kept the price down by omitting controls on the earcup and making the 3.5 mm cable non-detachable. At least the mic retracts when you don’t need it, and there are in-line controls on the USB amp.

One of the main reasons to get the Kraken Tournament Edition is the 7.1 surround sound with THX Spatial Audio. The spatial audio sounds amazing, and you can hear distinct sounds coming from different directions. You can also use the Synapse software to customize the EQ settings or configure the presets. The Kraken Tournament Edition has been around for a while because it’s affordable and sounds fantastic for games, music, and movies.

The Fnatic React is built for pros who want the best gaming functionality without unnecessary features. It has an aluminum frame covered by faux leather, with large earcups with 53 mm drivers. It has a handsome look thanks to the all-black appearance with tasteful Fnatic logos on the earcups and headband. There are no controls on the headset, but at least you get a removable mic.

This headset has been stripped down to its most crucial features and has outstanding sound quality when it comes to gaming. It’s tuned to pick up footsteps, and reloads in the mid and high range are as clear as possible. The mic makes your voice clear and distinct, with no background noise. The Fnatic React is a back-to-basics headset that offers good comfort and sound quality, but nothing else.