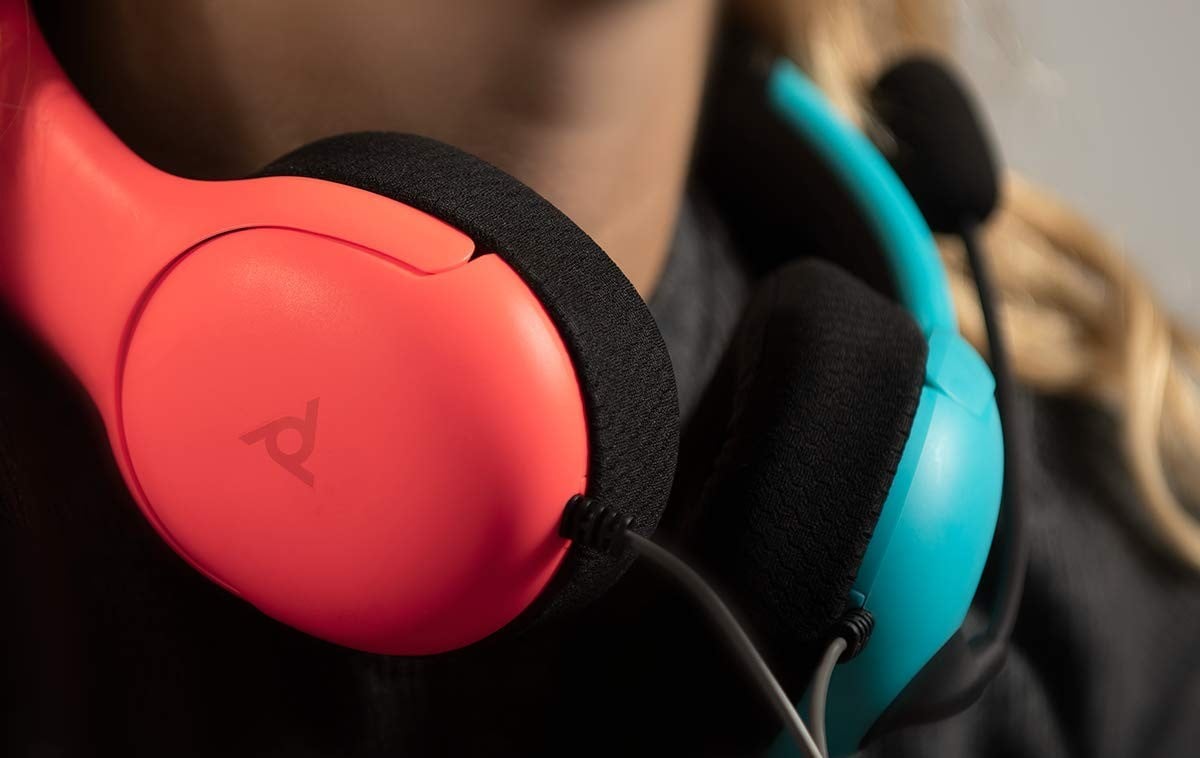 Image by PDP via Amazon

If you want to enjoy your Nintendo Switch when you’re on the go, you’ll need a great headset. A headset drowns out the noise of the world, creating a more immersive experience. It also allows you to have fun and concentrate on your game without disturbing anyone else.

The best gaming headsets have a variety of features to offer players the best experience possible. Many modern headsets come with advanced features like on-ear controls, wireless capability, and RGB lighting. These features are all worth having, but clear sound, voice, and comfort are the main priorities. Since the Switch can go anywhere, your headset should also have a certain level of portability. Features like a detachable microphone and Bluetooth capability can add another layer of comfort when gaming on the go.

Here are some of the best headphones for Nintendo Switch.

The Asus ROG Strix GO 2.4 stands out because of the multiple connection options. These options make it versatile enough to connect the Nintendo Switch or any other platform. You can use a 2.4GHz wireless connection, USB-A, USB-C, or a 3.5-millimeter jack. If you’re planning on using it wirelessly, you won’t have to worry about the battery dying often because it has an impressive 25-hour battery life.

One of the good things about this headset is that it doesn’t have a bulky style like some gaming headsets. The design is fairly inconspicuous, with subtle branding on a blacked-out body. Earcups have soft leatherette padding, and the left side has various audio controls. The left earcup houses the power button, volume control, mute button, and a button to play or skip tracks.

A feature you don’t see on many headsets is the dual microphone system. There’s one detachable microphone and one that’s built-in. The built-in microphone is omnidirectional and tends to pick up more background noise than the bidirectional detachable one.

A big disadvantage is that you can only activate the 7.1 surround sound through the PC-only Asus Armoury Crate software. Otherwise, the ROG Strix GO 2.4 is a great high-end choice.

The Corsair HS70 comes in at a lower price than the ROG Strix GO 2.4 and still has multiple connectivity options. It has Bluetooth and a wired connection. Console users can connect using the 3.5-millimeter jack, while PC users can connect via USB-C or with the included USB-C to USB-A adapter.

Switch users will appreciate the fact that you can connect wirelessly and with a cable simultaneously. The cable connects directly to your Switch for game sound, while connecting to your mobile device via Bluetooth enables voice chat. You can use the Nintendo Switch subscription-based app or third-party software like Discord to voice chat.

The HS70 shares many similarities to the ROG Strix GO 2.4. They both have an all-black design and detachable mic, but the HS70 has a metal frame instead of a plastic one. The left earcup houses the volume dial, and the right earcup has a Bluetooth button that allows you to play and pause music.

Corsair’s HS70 is a great option for any console because of its flexible connectivity features and fair price. It’s especially handy for gaming while on the move because of the dual-connection capabilities and detachable microphone.

The Razer Blackshark V2 is around the same price as the Corsair HS70, but it doesn’t have wireless capability. Instead, it comes with a 3.5-millimeter jack to connect your Nintendo Switch and a USB sound card for PC.

The Blackshark V2 is more subtle than other Razer headsets, but it’s kept some of the same design elements. It uses Razer’s trademark, all-black styling with subtle green accents, but there’s no RGB lighting like other models. Similar to some of Razer’s other headsets, the earcups house gel-infused memory foam pads. You also get a volume dial and mute mic button on the left earcup, but no other on-ear controls.

Despite its high level of comfort and great looks, the Blackshark V2 has some disadvantages. It’s around the same price as the HS70 but lacks wireless connectivity. The on-ear controls don’t offer as many functions as the ROG Strix GO 2.4 and the HS70.

The Logitech G Pro X wired headset is built for players who want a comfortable headset for hours of competitive play. While the G PRO X is geared towards competitive gaming,  it’s also ideal for Nintendo Switch users because of its impressive sound quality and comfort.

One of the best things about the G PRO X headset is that it comes with all the accessories you’ll need, like replacement microsuede earpads, two 3.5-millimeter cables with in-line controls, a USB Digital Analog Converter (DAC), and a carry bag. Like the other headsets we’ve mentioned, it has a minimalist black design devoid of unnecessary lighting to keep it as light as possible. The stainless steel frame is covered with soft leatherette padding on the headband. A similar leatherette material also covers the stock earpads.

The main downside to this headset is that many features like the equalizer settings, 7.1 virtual surround sound, and Blue Voice microphone software require the G HUB app that’s limited to PC users. There’s also no on-ear controls, but the cable’s inline controls offer the same utility.

The Razer Kraken X comes in at a lower price than the previously mentioned headsets without sacrificing much performance. It has a chunkier shape but is still very comfortable for hours of use. Instead of metal, it has a plastic headband and slider with memory foam earpads.

The microphone ensures that your voice comes through clearly in and out of the game. Razer’s Kraken X is at a disadvantage because the microphone isn’t retractable or detachable. Instead, the mic sits on the left earcup with the mute mic button and volume dial.

This headset connects to any console, including the Nintendo Switch, but the 7.1 surround sound only works with a PC. It’s comfortable for hours of use, and you’ll appreciate the sound quality when playing more competitive titles like Overwatch. It has its flaws, but it’s hard to complain at such a reasonable price.

The PDP Gaming LVL40 is officially licensed by Nintendo and mimics the red and blue color scheme of the Switch. It’s the most affordable headset on this list but still has acceptable build quality and features. Both earcups are made from molded plastic and are attached to an adjustable headband. There’s also a volume control on the left earcup, which is nice to see at such a low price.

Considering the price, you can’t expect the same performance as the other options on this list. It still performs well for its price range, and the 40-millimeter drivers put out decent sound for gaming.

Some of the design features on the LVL40 can’t match its more expensive rivals. One of the cost-cutting features is the goose-neck mic. The included microphone is bidirectional and has a noise-canceling feature, but it’s not detachable or retractable. Despite being a goose-neck design, it automatically mutes the sound when it’s lifted up.

The color scheme might not be to everyone’s taste, but it should appeal to Switch players who don’t want to spend much on a headset.