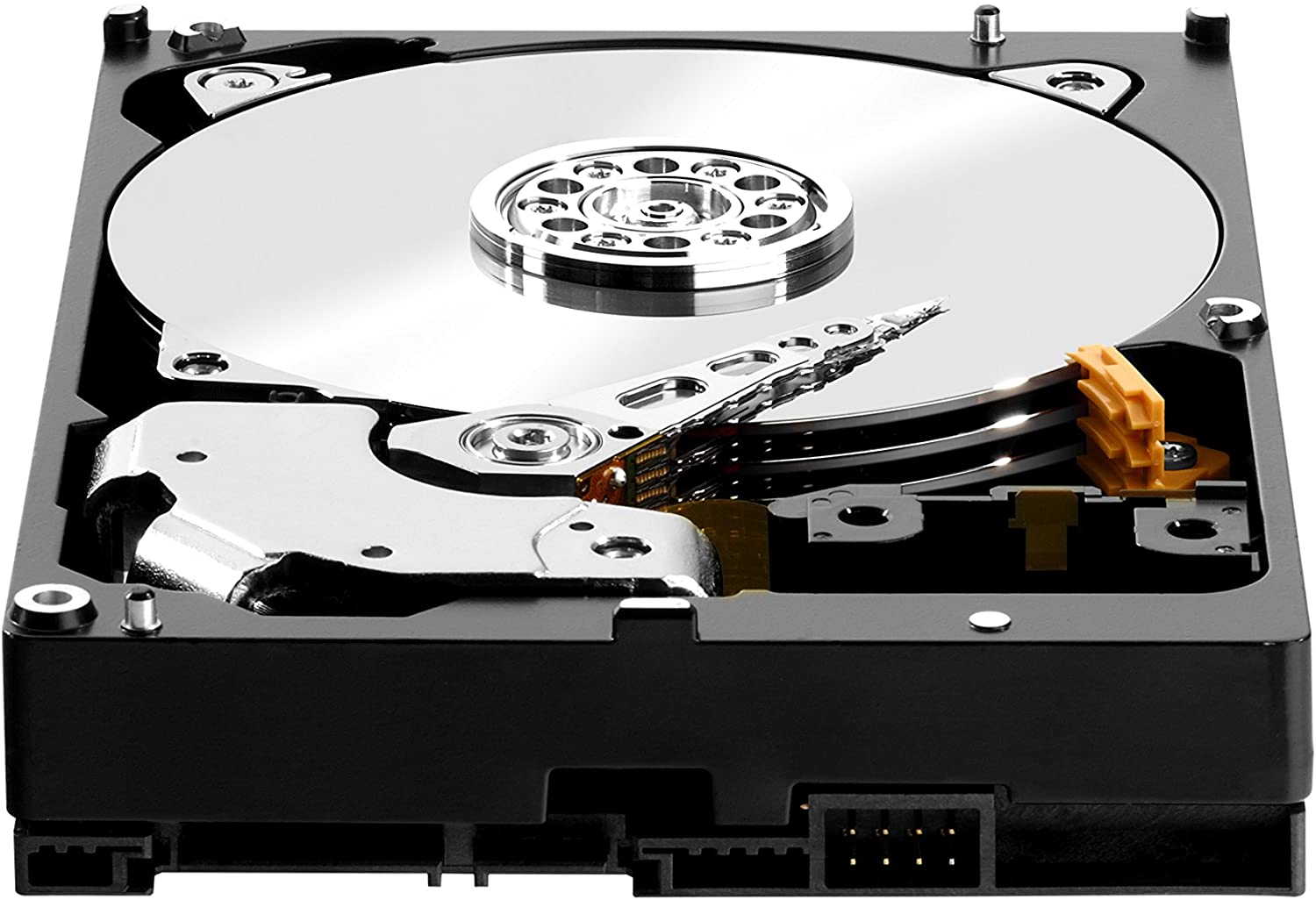 Image by Western Digital via Amazon

Some users view hard disk drives (HDDs) as obsolete tech that isn’t worth a second glance, but this couldn’t be further from the truth. While HDDs have been replaced by solid-state drives (SSDs) for some applications, HDDs are still popular because they offer higher storage capacities at a lower cost.

Modern computers use SSDs as their primary boot drive because they offer more speed than a standard HDD. These newer systems often have an HDD as a secondary storage drive because it’s more cost-effective for storing larger files like movies, games, and other media.

The latest AAA titles are getting bigger and need more storage space. Games like Call of Duty are known for their massive sizes and require around 200GB of space. If users have multiple games installed, they can easily take up a couple of terabytes (TBs). It’s more feasible to install the games to an HDD and leave the SSD to run the operating system and other critical processes.

Most HDDs share similar specs. They all use the 3.5-inch form factor and work on the current SATA III interface, which supports speeds of up to 6 gigabytes per second (GB/s). Current HDDs spin at either 7,200 or 5,400 revolutions per minute (RPM). The 7,200 RPM drives have a better overall speed because they read and write data faster. 5,400 RPM drives are slower, but they use less power and have longer lifespans

These are the best SSDs for gaming.

Seagate’s BarraCuda Pro 10TB ST10000DM0004 is ideal for users with lots of media to store. Its 10TBs of storage space is huge and should be enough for many games, movies, and other large files.

The Pro range offers better customer support than standard BarraCuda drives. Seagate gives users a five-year warranty on all their Pro HDDs and rates them for a workload limit of around 300TB per year. Another benefit of getting a Seagate BarraCuda Pro drive is the two-year Rescue Data Recovery Plan. If the drive gets damaged for any reason, Seagate will try to recover the data. This plan gives users some peace of mind and is worth the extra cost of the drive.

While the ST10000DM0004 is part of the Pro range, its performance is similar to the regular BarraCuda drives. It works on the latest SATA III and has a bandwidth throughput of up to 600 megabytes per second (MB/s). The ST10000DM0004 also has a spin speed of 7,200 RPM with 256 megabytes (MB) of cache memory. The sustained data transfer rate of 220 megabytes per second (MB/S) is higher than the regular Barracuda HDDs.

The ST10000DM0004 should fulfill the needs of most users. The 10GB capacity is large enough for large media files, and the 7,200 RPM ensures fast read and write speeds. Seagate’s warranty and data recovery plan give users added insurance if anything goes wrong.

Western Digital’s Black range is part of the company’s premium product line designed for home use instead of data centers. Its 4TB WD4005FZBX HDD is designed for gamers and has a decent four terabyte capacity.

An added benefit of buying the WD4005FZBX is the addition of Acronis True Image software. This software lets users monitor the drive’s health and test it for problems. It also has a cloning function to allow users to migrate their data to the new drive easily.

The WD4005FZBX has adequate space for most day-to-day tasks and comes in at a fair price. Its software makes it easy to manage the drive and transfer files, and it also comes with a five-year limited warranty.

Seagate’s 2TB ST2000DM008 is part of the regular BarraCuda range instead of the Pro range like the ST10000DM0004. It still has a decent two terabyte capacity, which should be enough for gamers who probably won’t fill it to capacity.

Despite many similarities, there are some major differences between the ST2000DM008 and the ST10000DM0004. Apart from the size difference, the ST2000DM008 has a lower workload limit of 55TB per year. It also comes with a shorter two-year limited warranty with no data recovery.

The ST2000DM008 isn’t designed for a high capacity and heavy workloads. This Seagate model is meant for users with average data storage needs who don’t want to spend too much. It may succeed at its job, but this HDD’s short warranty may be an issue for some users.

Gamers who work as streamers, designers, or any other type of creator might need more than 10TB to store all their information. The Western Digital 14TB Ultrastar DC HC530 offers a whopping 14TB of storage space. This HDD is designed for data centers and can handle large amounts of data without failing.

Western Digital gives the Ultrastar DC HC530 a high durability rating. It can handle around 550TB per year with a mean time between failures (MTBF) rating of 2.5 million hours. There’s also a limited five-year warranty, but there’s no data recovery included.

This HDD has a very high capacity to store large data files. It’s also very durable and backed by a five-year warranty. Western Digital’s 14TB Ultrastar doesn’t top this list because its price puts it out of reach for most users.

Some users need to upgrade their storage space for as little as possible. Western Digital’s 1TB WD Blue WD10EZEX fills this niche and gives users an affordable HDD with adequate space for a few games and files.

Western Digital Blue HDDs are more budget-orientated than the Black range and have lower performance specs. The WD10EZEX has a mediocre 64MB cache memory and a lower spin rate of 5,400 RPM than its bigger sibling, the WD4005FZBX. This results in slower performance reduced sustained data rate of 150MB/s.

Another significant difference between the Western Digital Blue and Black HDDs is the warranty period. The WD10EZEX only comes with a two-year limited warranty, and there’s no disk cloning software included.

This HDD is an inexpensive way to add more storage capacity to a PC. It hasn’t got the largest capacity or fastest specs, but it plays its role well and gives users more space for their games at the lowest price possible.