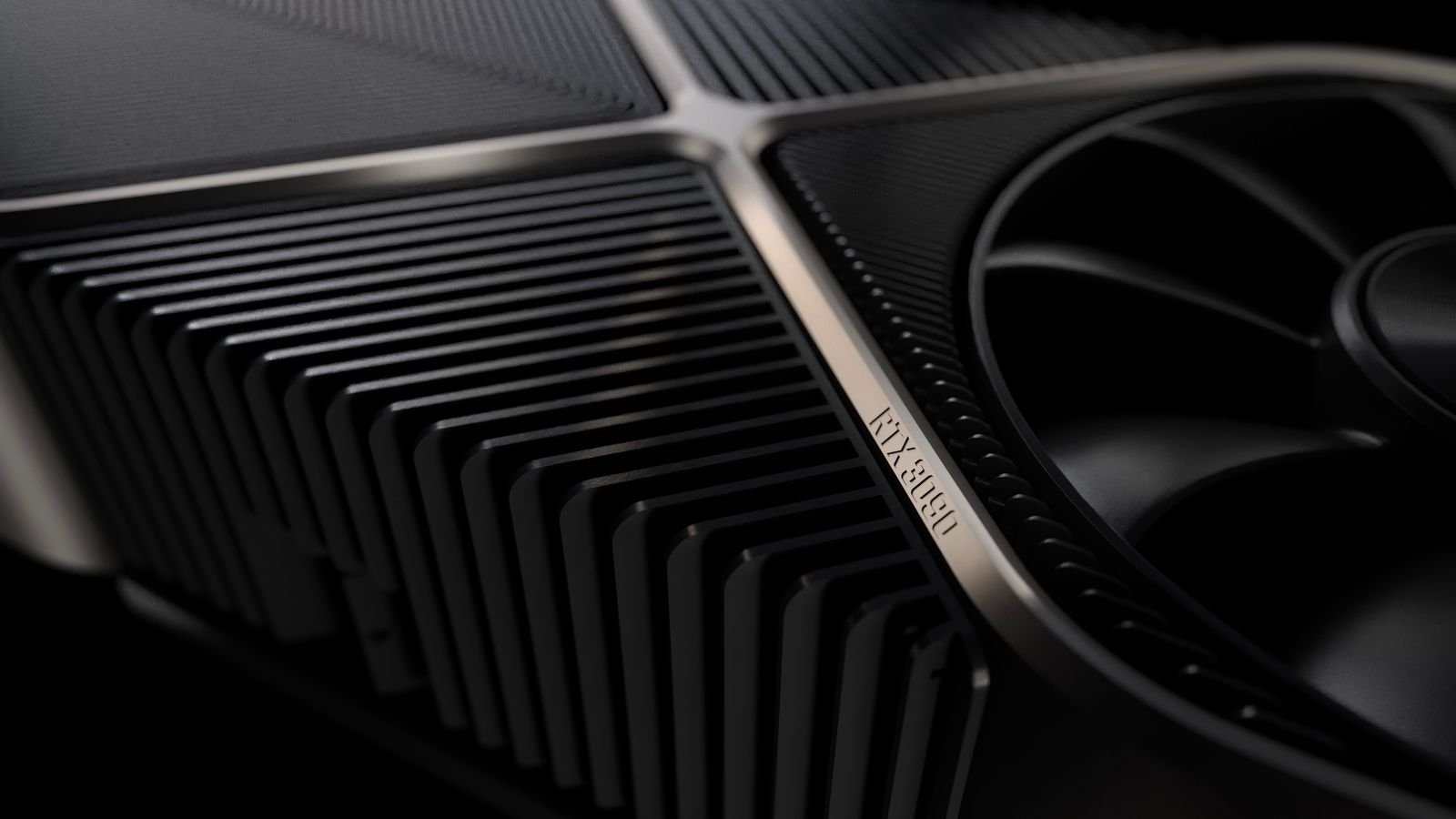 The latest generation of GPUs has brought tons of innovation: genuine 4K/60 FPS gaming at the highest settings, AI-powered advancements like deep learning supersampling and upscaled resolutions, and even cool bells and whistles for streamers and content creators.

But which graphics card in 2022 is the best for you? As always, it depends on your gaming needs, budget and what else you do with your PC. You’re always welcome to grab a top of the line GPU to future-proof yourself, although the ongoing chip shortage means even mid-range cards are selling for a fortune these days.

Pricing should get real interesting later on in 2022, however. The introduction of Intel’s Alchemist GPUs, the company’s first proper foray into the discrete graphics card market, should provide a lot of competition in the low to mid-range market. It’s not known when those cards will become available, however, or how much supply Intel will be able to guarantee.

So whatever your circumstances are, you’ll find a card below to match. Here’s the best GPUs of 2022 so far—we’ll keep this post updated as more cards are released. 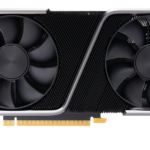 RTX 3080 and 3090 are two graphics cards that every gamer would like to have in their setup, purely because of their performance. Their price tags can be a deal-breaker for most gamers looking to achieve the best price-to-performance ratio while assembling their rig.

Compared to its older siblings, the RTX 3070 comes with a reasonable price tag, and the performance upgrade makes it an obvious choice for gamers upgrading from 10-series or lower graphics cards.

With 8GB GDDR6 virtual RAM at its disposal alongside a base clock speed of 1,500MHz, RTX 3070 outclasses all the other Turing cards. Compared to other Ampere cards, RTX 3070 is also smaller, making it more flexible since you won’t need a full-tower case to support it. 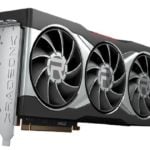 Nvidia’s Ampere series had no real competitor in the market for a while, but its reign only lasted for a few months. AMD was ready with a counter move.

While the RX 6900 XT offers better performance, its price makes the RX 6800 XT a better overall choice. Since the price difference between RTX 3090 and RX 6900 XT is relatively small, most users are likely to opt for Nvidia’s card.

Featuring a total of 16GB GDDR6 virtual RAM, RX 6800 XT has a base clock speed of 1,825MHz. If you aren’t keen on ray tracing, an RX 6800 XT will likely be better than an RTX 3080 in most cases. Users interested in ray tracing should have a smoother experience with an RTX 3080 since most games that have the feature are optimized for Nvidia’s RTX GPUs. 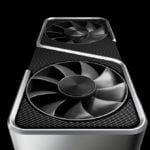 Mid-range gamers are often the most competitive ones. Mid-tier equipment is usually more than enough to play competitive titles like League of Legends, Dota 2, and CS:GO with high frame rates. They tend to cost a lot less than high-tier hardware.

The price-to-performance ratio of RTX 3060 Ti is off the charts as it outperforms the RTX 2080 Super at a discounted price. Whenever a new generation of GPUs becomes available, most budget players tend to upgrade to the tier below since the old generation gets a nice price decrease, but RTX 3060 Ti looks like it’s looking to put an end to that.

RTX 3060 Ti comes with a base clock speed of 1,410MHz and a total of 8GB GDDR6 virtual RAM, which is potentially the only drawback of the GPU. While it may not look future-proof, you won’t run into any troubles when it comes to running last-gen games. 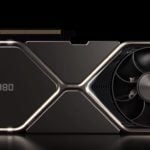 When Nvidia first announced ray tracing back in 2018, most gamers thought it was just a gimmick. The performance that Nvidia’s 20-series put on when gamers turned on ray tracing in games justified the concerns, and no competitive gamer ever touched the feature.

This could change soon with RTX 3080, however, due to the immense power difference between the RTX 3080 and RTX 2080 Ti. Coming in at a significantly lower launch price tag than the 2080 Ti, the RTX 3080’s 10GB GDDR6X virtual RAM and base clock speed of 1,440MHz turns ray tracing into a walk in the park.

The difference in power, compared to the last gen, turns this graphics card into a monster for competitive gamers. You can easily achieve 300+ frames per second in most popular titles like League of Legends, VALORANT, CS:GO, and Dota 2, meaning you can safely unlock the full potential of 240Hz refresh rate monitors.

While the 3080 will be a solid choice for gamers who are looking to max out their settings in the upcoming triple-A games, we still recommend keeping an eye on RTX 2080 Ti prices. Nvidia is likely to push some aggressive sales due to the value Ampere microarchitecture cards bring to the table. 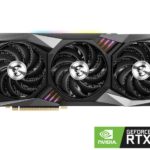 While the Nvidia GeForce RTX 3080 is already a solid choice for gamers looking to max out their settings, the MSI RTX 3080 Gaming X Trio improves upon an impressive attribute from that card: speed.

Improving speed requires a beefer-sized card paired with triple-fan cooling to keep temperatures at bay. This GPU requires three 8-pin connectors to slot into your build, thanks to its size. There’s also a subtle strip of minimalistic RBG, which adds a nice overall aesthetic without being too over the top.

If you’re rocking a huge PC case and have a healthy budget, the MSI RTX 3080 Gaming X Trio is a strong candidate, poised as slightly more expensive than the RTX 3080—about $50 more, on average. If you don’t have a large PC case, you’ll have to go with a smaller GPU. 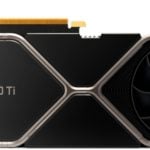 Like other Founders Edition iterations, the RTX 3080Ti is aesthetically pleasing, offering a sleek, premium look. Physical dimensions are the same as the original RTX 3080, so there are no issues fitting it into your system if you’re upgrading from that card. It’s also quiet during intensive gaming sessions.

One main downfall to consider is the massive jump in price from the original RTX 3080 to this card. Despite being a 4K gaming monster, be prepared to pay an excessive premium over the RTX 3080 for the additional muscle. 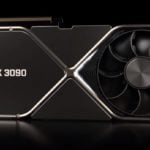 Nvidia’s Ampere microarchitecture cards are here, and it’s hard to explain what they have done to the tuning cards like 2080 and 2070. The past generation of GPUs wasn’t only overthrown from their comfy thrones, the Ampere cards almost started a riot with their jaw-dropping performance improvements and became people’s champions with their price/performance ratios.

The RTX 2080 Ti cost $999 during its launch period, while the RTX 3080 costs almost 30 percent less than the 2080 TI. But the 3090 is priced almost twice as much as a 3080. It’s definitely the GPU to have if you have the budget to snap into a rig, but it’ll be quite difficult to notice that 15-percent performance difference between from an RTX 3080 unless you’re a professional creator who can push any GPU to its limits.

Improving upon the already highly capable base GPU, it seemed only a matter of time before Nvidia gave its RTX 3090 the Ti treatment.

The RTX 3090 Ti retains the aesthetics of the base model but raises the performance stakes in certain areas. This includes buffs to shader teraflops, RT teraflops, tensor teraflops, and memory—with each of these accounting for (on average) 10% increases from the RTX 3090. According to rumors, clock speeds and boost clock speeds are also looking at similar gains.

To put this into perspective, the RTX 3090 is arguably the most powerful GPU for gaming, meaning the RTX3090 Ti is poised to improve on one of the top dogs. Crucial details, including release date and pricing, are still unconfirmed. However, it’s only a matter of time before the finalized product is revealed—just don’t expect it to be easy to acquire. 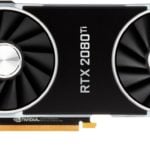 If we exclude the studio-grade cards, NVIDIA’s RTX 2080 Ti is hands down the best graphics card on the market. If you’re looking to max out the settings in every game you play or set up a 4K gaming setup, this is the GPU to pick.

With NVIDIA’s new GPU architecture Turing, the 2080 TI is about 25 percent faster than the last generation’s top-of-the-line 1080 Ti. If you mostly play in 1080p and don’t have any intentions of using ray tracing, however, then this GPU could be a bit of an overkill. 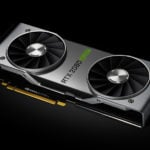 The 2080 Super comes with a core clock speed of 1,650MHz, which is overclockable to 1,815MHz. Combined with its 8GB of VRAM, it should be more than enough to provide a smooth gaming experience even at 4K resolution. Though the 2080 Super performs slightly worse than its bigger brother 2080 Ti, it costs almost half less. 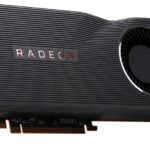 The Radeon RX 5700 XT is considered one of the best offerings from AMD. With its 8GB of RAM and base clock speed of 1,605 MHz, it even challenges its bigger brother Radeon VII.

The GPU is quite close to Nvidia’s 1080 Ti in terms of performance and has a cheaper price tag. As it’s the case with all AMD GPUs, it doesn’t support ray tracing but performs surprisingly well in 4K considering its price.

The RTX 3050 GPU features 18-second-generation RT cores, nine shader cores, 73 tensor cores, and 8GB GDDR6 memory. All of this translates to capable ray tracing and AI technologies, allowing users to experience newer games with RTX at 1080p comfortably, along with all of the other goodies that RTX is known for.

As mentioned, the whole idea is to deliver consumers a gateway GPU with RTX for a reasonable price, with MSRP set at $249. However, there’s little chance of that price holding up considering GPU scarcity and ongoing chip shortages.