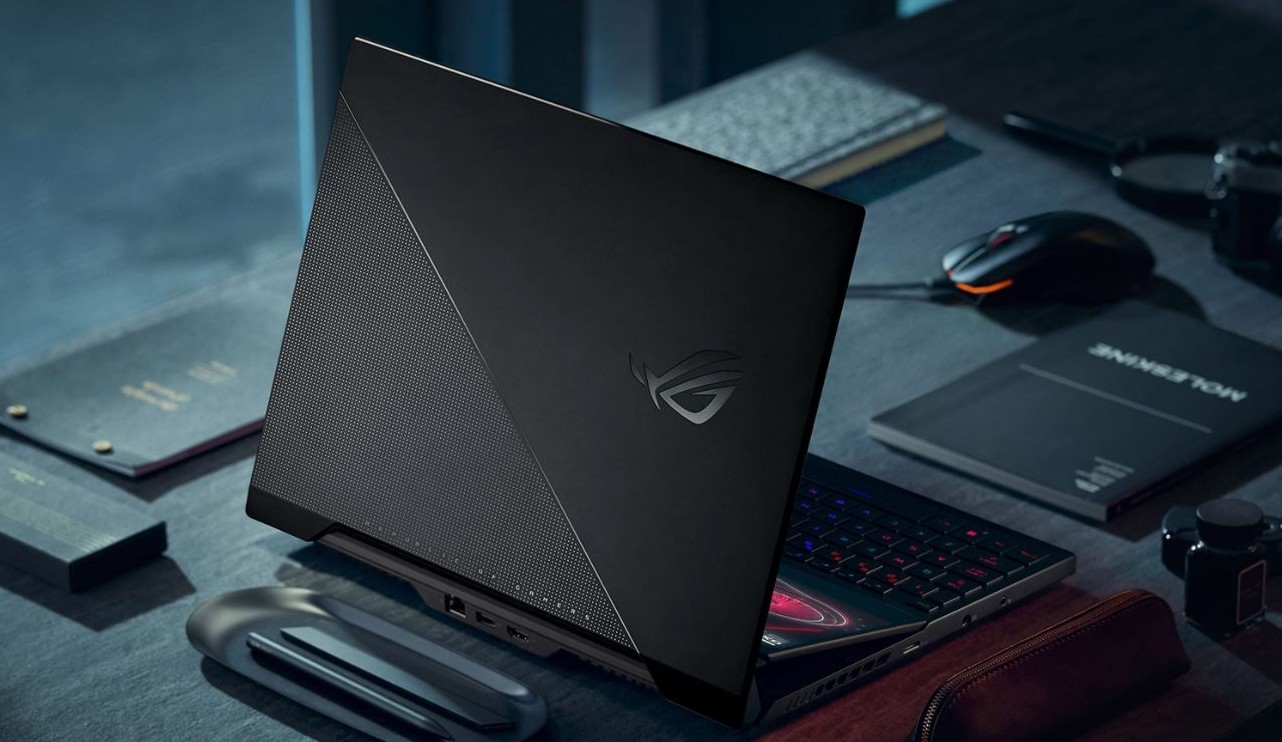 Since gaming laptops aren’t as easy to upgrade as desktops, it’s worth getting the best one possible to ensure your purchase is somewhat future-proof. Most high-end laptops currently use Nvidia’s 30 Series graphics cards with the latest Ampere architecture, which should carry you through several generations of gaming.

There are still gaming laptops using older 20 Series graphics cards, but it’s worth getting a 30 Series laptop if you don’t want to upgrade anytime soon and have the extra budget.

These are the best gaming laptops.

If you want a balance of power and productivity and money’s no object, the Razer Blade Pro 17 is a serious contender. Everything from the display to the graphics card is top-notch, and the build quality is outstanding.

One of the best features of the Razer Blade Pro is its graphics card. Nvidia’s GeForce RTX 3080 can handle the most intense graphics requirements and put out some of the highest frame rates possible.

The Razer Blade Pro 17’s display utilizes the power of the RTX 3080 to push some of the highest frame rates possible. The 17-inch screen has a 120Hz refresh rate, and the resolution goes all the way up to UHD 4K 3840×2160. Users can also drop the resolution to 1440p or 1080p to squeeze out higher framerates. Apart from the resolution, the screen also has touch capability and a tough Gorilla Glass surface.

All the other features on Razer Blade Pro 17 are top-notch. It uses the latest Intel i7-10875H 2.3GHz processor and comes with 32GB of DDR4 RAM. A 1TB PCIe NVMe comes standard, but you can upgrade it to 2TB. There’s also built-in Wi-Fi 6 and Bluetooth 5.2 for added flexibility on the go. Razer gave the Blade Pro 17 ample ports, including two USB-C ports, three USB-A 3.2 ports, an HDMI 2.1, and an SD card reader.

The Blade Pro 17 follows Razer’s all-black design language with a single logo on the top cover. Instead of having a plastic body like most standard laptops, the Blade Pro 17 has an aluminum body with a scratch-resistant anodized finish. The aluminum construction gives the laptop a sturdy feel but makes it hefty at 6.06 pounds. It’s also slightly bulkier than the MSI GS66.

In terms of all-around performance and incredible design, there isn’t much to match the Razer Blade Pro 17. But the unparalleled aesthetics come at a high price. The only downside is it costs an equally astonishing price that puts it out of reach for most users.

The MSI GS66 Stealth 10UH-091 is cheaper than the Blade Pro 17 and retains the RTX 3080 graphics card. Instead of a 17-inch, 4K screen like the Blade Pro 17, the GS66 Stealth has a 15.6-inch screen with a Full HD 1920×1080 display. It may not have a 4K resolution, but the screen has superb picture quality and fast performance thanks to the 300Hz refresh rate and three-millisecond response time.

Many of the features match the Blade Pro 17. The GS66 Stealth has 32GB of DDR4 RAM and an Intel i7-10870H 2.2GHz processor. However, the GS66’s 2TB NVMe SSD is double the capacity of the standard Blade Pro 17. The extra storage makes this machine a bit more useful for everyday work and gaming.

Another similarity between the GS66 Stealth and the Blade Pro 17 is the design. They both have an all-black look with an aluminum body. The GS66 Stealth has a smaller size and is lighter at 4.64 pounds, making it a great mobility option for commuters.

When it comes to connectivity, the GS66 Stealth has all the standard ports. There are three USB-A 3.2 ports, a single USB-C port, and an HDMI port. Instead of Bluetooth 5.2, it’s only compatible with Bluetooth 5.1.

If you’re looking for a versatile, high-end gaming laptop, the GS66 Stealth ticks all the performance boxes while maintaining a slim and lightweight design. But all of these bells and whistles come at a premium. It may not cost as much as the Blade Pro 17, but it’s still pricey.

Asus takes a more novel approach with its dual-screen design. The ROG Zephyrus Duo SE 15 stands out from other laptops by having a tiltable 14-inch screen sitting above the keyboard called the ScreenPad Plus. The ScreenPad Plus has a 3840×1100 resolution with touch capability. It’s a nifty feature that allows you to mirror your phone display or have other windows open while you play.

The dual-screen isn’t the only trick up the ROG Zephyrus Duo SE 15’s sleeve. Like the other laptops we’ve mentioned so far, it uses the Nvidia RTX 3080 graphics card. This time the graphics card pairs with a 15.6-inch IPS display with 4K UHD 3840×2160 resolution. The display has an impressive 120Hz refresh rate and a three-millisecond response time.

Despite the incredible performance, the ROG Zephyrus Duo SE 15 has some flaws. Since the ScreenPad takes up so much space, the touchpad sits to the right of the keyboard. For some users, it may take time to get used to. Gamers usually use a mouse, so the touchpad position likely won’t be an issue.

A glaring flaw is the omission of a webcam. In an age where everyone communicates remotely, it’s disappointing that a laptop with a stratospheric price cuts this corner.

The ROG Zephyrus Duo SE 15 may be part of a laptop revolution or a niche design that gets forgotten. Regardless of the ScreenPad’s staying power, it’s still one of the best gaming laptops around. If you like the innovative design but don’t want to pay the price, Asus has cheaper models of this design using the RTX 3060 and RTX 3070 graphics cards.

Gigabyte’s AORUS 15G YC is far more affordable than the rivals on this list, but it doesn’t sacrifice much performance. Just like the other laptops mentioned so far, it includes the high-end Nvidia RTX 3080 graphics card. Instead of a 4K screen like the ROG Zephyrus Duo SE 15 and Razer Blade Pro, it has a 15.6-inch Full HD 1920×1080 screen like the GS66 Stealth. The 240Hz refresh rate is lower than the 300Hz on the GS66 Stealth, but it’s still more than capable of pushing high framerates.

The performance of AORUS 15G YC is up there with the more expensive laptops on this list. It has an Intel i7-10870H processor and 32GB RAM. The 1TB NVMe SSD matches the Razer Blade Pro 17 but is half the capacity offered by the ROG Zephyrus Duo SE 15 and GS66 Stealth.

An odd design choice on the AORUS 15G YC is the placement of the webcam. Instead of sitting at the top of the screen like most laptops, it sits under the screen. The placement makes for an unflattering viewing angle, and the picture quality isn’t great either.

At least the other design features are more sensible. The AORUS 15G YC has an understated black look with ample ports. There are three USB-A 2.3 ports, a USB-C port, a Mini DisplayPort 1.4, and a card reader. It’s a little disappointing to see a single USB-C port on the AORUS 15G YC, but the mini DisplayPort and SD card reader redeem it. Connectivity options include built-in Wi-fi 6 and Bluetooth 5.0.

Apart from the underwhelming webcam, the AORUS 15G YC is an excellent all-around performer at a competitive price.

Asus’ ROG Zephyrus G14 is one of the best options if you’re looking for a compact gaming laptop. It’s smaller and lighter than the other laptops on this list, making it perfect for gaming on the go. The tradeoff for increased portability is the reduced performance.

One of the main differences between the ROG Zephyrus G14 and the other laptops on this list is the screen size. Instead of a 15.6 or 17-inch screen, it has a 14-inch screen. The screen still has a respectable 60Hz refresh rate with WQHD 2560×1440 resolution.

Another significant difference is the graphics card. All the other laptops listed here use the Nvidia RTX 3080, but the ROG Zephyrus G14 uses its younger sibling, the RTX 3060. The RTX 3060 uses the same Ampere architecture as the RTX 3080 with a minimal drop in performance.

Despite its compact size, Asus’ ROG Zephyrus G14 has a similar AMD Ryzen 9-5900 processor to the full-size ROG Zephyrus Duo SE 15. The AMD Ryzen 9-5900HS offers impressive performance, and its low power consumption contributes to the laptop’s eight-hour battery life. Some of the other standard specs include 32GB RAM and a 1TB SSD.

Most users choose the ROG Zephyrus G14 for its design. It’s lightweight at just 3.5 pounds and measures 0.70 by 8.66 by 12.76 inches. Compared to the other laptops on this list, its silver body and buttons make it stand out and give it a Macbook vibe.

There are a couple of drawbacks to the compact size. The ROG Zephyrus G14 has no built-in webcam, but at least it comes with an external camera capable of 1080p at 60fps. There are only two USB-A ports compared to the three featured on most laptops on the list. At least there are two USB-C ports to make up for the missing USB-A port.

The ROG Zephyrus G14 is much cheaper than the other options on this list because of its size and specs. Its mobility is excellent, but it comes at the cost of a slight performance dip in the GPU department.