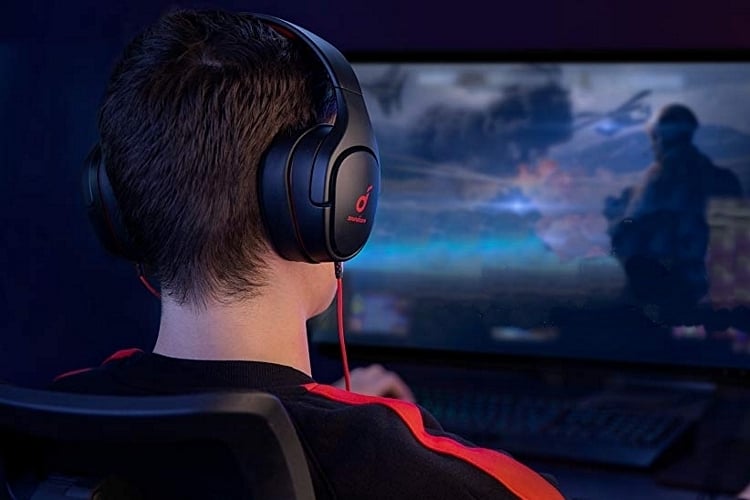 Headsets are a gamer’s best friend. They provide sound and communication, kept contained to the player’s ears only. Wireless or wired, storage is a problem. Just leaving them on desk is messy, but what’s the alternative? A headset stand.

Headset stands come in a variety of types: from those marketed to gamers with full RGB functions to more minimalist styles. There are desktop stands and wall-mounted stands and stands that hang from the desk. Some have USB ports to charge your phone or smart watch. Others are streamlined and just hold your headset.

Some do more than others, and those tend to run higher in cost. But if it matches that all-Razer RGB set up you have, then it’s worth the extra penny.

It wouldn’t be a Razer product without Chroma. The headset stand plugs into your PC via a USB cord and is Chroma enabled. Razer’s Synapse app is fully functional with the Base Station.

The Razer Base Station Chroma comes in three colors: classic black, quartz pink, and mercury white. The Base Station has three USB ports for your devices, such as a smartphone or tablet. You could potentially plug your USB headset in as well to save some USB ports. It features anti-slip feet to keep it stable and in place on your desk. If there’s a downside, it’s the plastic body. For the price, we’d expect higher quality construction.

The Corsair Gaming ST100 headset stand is similar to the Razer Base Station. It has a rubberized foot, keeping it solid, and a sleek aluminium body. It features a headphone jack, to save some space and plug your headset directly to it. There are two USB ports for other devices.

It is roughly the same price as the Razer Base Station but with less features. But we like the use of aluminium over plastic.

If you want style, go with the Enhance Gaming Headset Stand. It takes the RGB light system to a new level, putting lights in both the base and the neck of the stand. It has four USB ports, an acrylic neck (body wasn’t specified), flashy RGB, and more. This one runs cheaper than the top-dog brands of Razer and Corsair with the same (or more) features, making it one of the best options for a flashy, stylish headset stand on this list.

The Neetto Headphone Hanger by Avantree is as simple as they come. There are no extra options. It doesn’t charge your phone, hold your cable, or come with a built in light show. We’d call it “no-fuss” but it does need to be installed on a wall or a desk. So there is some fuss.

The Neetto Headphone Hanger is for those that just don’t have the space or want to spare any on the top of their desk. Or perhaps it’s an aesthetic choice. Either way, this simple little headset holder will do exactly that and nothing more.

The Neetto Headphone Hanger supports up to 1kg (or a little over 2 pounds) of weight. It’s padded to help prevent extra wear on the headset band. It is attached to the wall or desk via adhesive and has to dry for 24 hours before hanging anything on it. If you’re planning to put it on the wall, it won’t hold up well on wallpaper or uneven surfaces. The surface must also be washed and dried before applying the adhesive.

This may not be designed with gamers in mind, but its features make up for it. Most gaming related headset stands have USB ports for charging. The New Bee wireless headset stand lacks these USB options. Instead, the base of the stand serves as a wireless charging station. Instead of littering your desk with excess cords, just plug the headphone stand in and drop your phone on top. This inexpensive stand also has a sturdy aluminium body, complete with indicator lights for your device.

This sleek headphone stand is one of the top sellers on Amazon. A sturdy combination of aluminium and wood provides a solid foundation. If you’re looking for RGB connectivity, you’ll likely be disappointed. This is a simple headphone stand, nothing more. It doesn’t charge your devices—but let’s face it. If you’re on the hunt for a headset stand, you probably already have your devices plugged into something. That’s a nifty feature, but not an immediate need.

What it lacks in charging and RGB it makes up for in minimalism. It has a concave center pad for your headphone cord to keep it neatly coiled when not in use. This headset stand is also designed to support larger and heavier headphones. If your headset is particularly heavy and you don’t want a lot of extra bells and whistles, this is a good option. Plus it stands out from the edgy, gamer black colors we see so often.

This is the most basic of basics. The Newbee Headphone Stand is a simple desktop stand made of aluminum with a flexible headrest. It’s cheap but it’s all you need if you just want someplace to store your headphones. Your wallet won’t notice the missing funds since the price is so minimal. If there’s any risk, it might be that the base is fairly narrow, potentially making it unstable with larger headsets.

The Link Dream headphone hanger is a compact option with some flexibility. It won’t charge your phone either, but it tucks under your desk for the ultimate organization and neatness. If you don’t need both hooks, you could use one side for any stray wires. This one has a similar set up as the other adhesive listing. It’s limited by the surface you have. If it’s greasy, overly dusty, or has an uneven texture, the adhesive is going to be weaker.

On the plus side, this hanger has its own adhesive. Just clean the location, peel the sticker back, and hold in place for the allotted time.