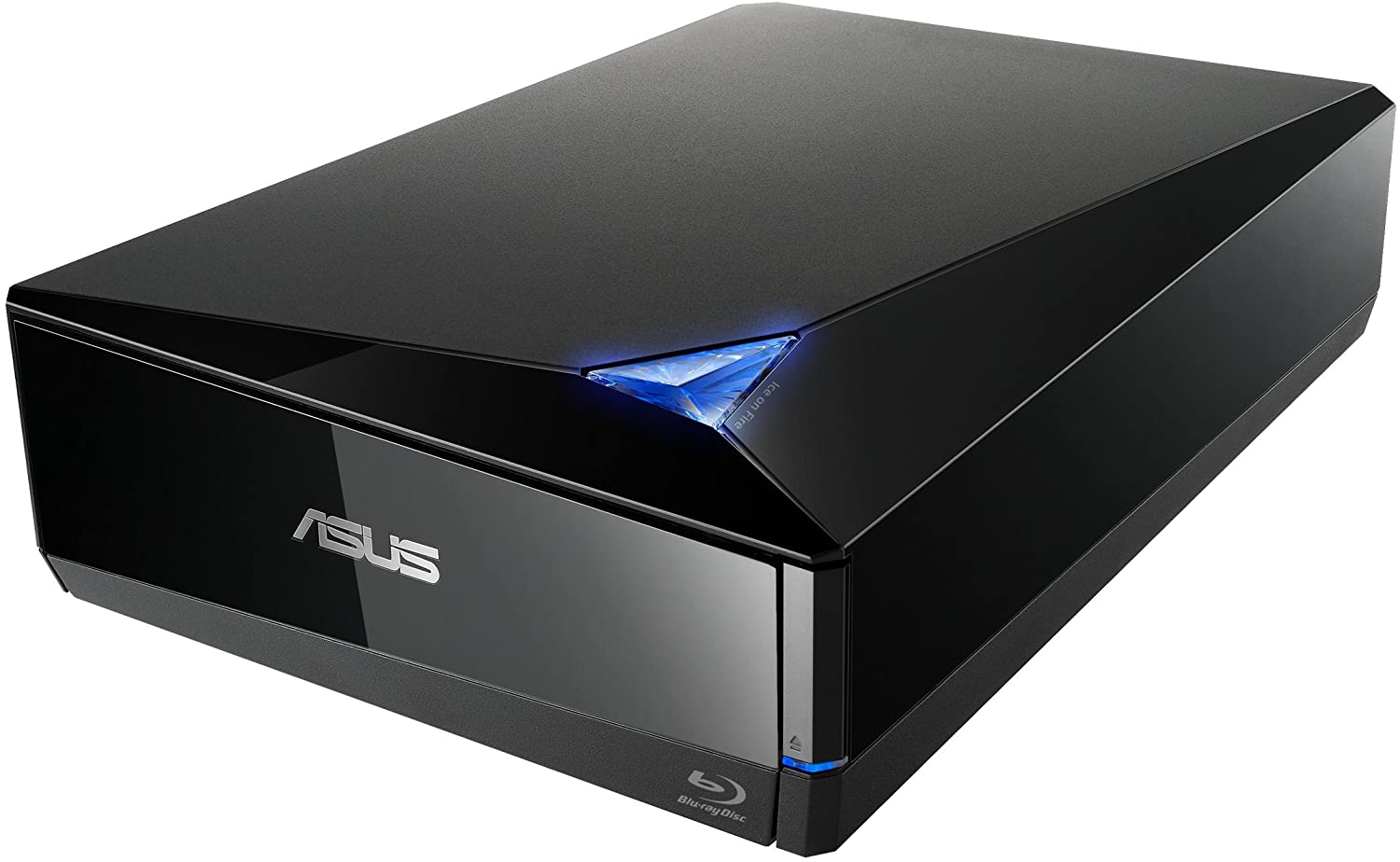 Optical drives are on the cusp of being obsolete, with most devices no longer including them. PCs and laptops no longer have them, and it’s an optional feature on the PlayStation 5. The Xbox Series X includes a Blu-ray player, but the Series S doesn’t include one.

The main reasons for the death of optical drives are the advent of flash memory and the ability to download information on the fly. Flash memory devices, like external drives, can store vast quantities of data and are compatible with most devices. Many users also find it easier to download or stream content from online sources rather than using discs.

Despite the lack of optical drives on modern devices, many people still have CDs, DVDs, and game collections that they’d like to access. Some people also prefer backing up information to discs because there’s less chance of the data getting lost to corruption or viruses.

These are the five best external drives of 2021.

Verbatim’s External Slimline Blu-Ray DVD Writer has a low profile and can read and write data to most disc types. It works with CDs, DVDs, and Blu-ray discs. It allows users to play old CDs or watch disc-based movies.

Considering all its capabilities, the  Verbatim External Slimline comes in a compact size. It measures 5.24 by 5.75 by 0.45 inches (133 by 146 by 11.4 millimeters), so it’s easy to transport. It’s also easy to connect, working off a single USB 3.0 connection. Verbatim also includes an AC power adapter for it to work with older devices.

This drive can read and write to most disc types, including CDs, DVDs, and Blu-rays. It also comes with Nero Burn software for added convenience. The Blu-ray capability pushes its price up but makes it worth it for long-term use.

While the Turbodrive BW-16D1X-U is faster and has more software than the External Slimline, it’s bulkier and requires more cables. It’s an ideal option for desktop users, but laptop owners might prefer a more travel-friendly option.

The ZenDrive Silver is another compact external disk drive from Asus. Unlike the previous two options, it doesn’t have any Blu-ray capability and only works with CDs and DVDs. While the lack of Blu-ray capability may be a deal-breaker for some users, it has a significant impact on the price of the drive and makes it much more affordable than the Turbodrive and External Slimline.

Where the ZenDrive Silver shines is its design. Instead of the all-black look of most disc drives, it has an attractive silver exterior, making it stand out. Like the External Slimline, it’s compact and easy to transport, measuring 7.09 by 7.09 by 2.36 inches (180 by 180 by 60 millimeters).

Another benefit of the ZenDrive Silver is that it works with USB-A and USB-C connections. Like the External Slimline, it has a compact design and works with a single USB cable. Asus includes USB-A and USB-C cables in the box to make the drive compatible with older or newer devices.

Some users will be put off the ZenDrive Silver because it doesn’t work with Blu-rays. Users who don’t need a Blu-ray player will appreciate its low price and compatibility with most devices, including Windows and Mac.

Hitachi’s LG GP96Y has similar capabilities to the ZenDrive Silver. Both drives can read and write to DVDs and CDs, but neither is compatible with Blu-rays.

Where the LG GP96Y stands out is its compatibility. Instead of working with PC, Mac, and Android like most of the drives on this list, it also works with most regular TVs, TV boxes, and Fire TVs. Being compatible with so many devices makes the LG GP96Y an ideal choice as a media player because buyers can use it for movies and music to make use of their old disc libraries. It also functions as a backup device, allowing users to transfer data from their PCs, tablets, and phones onto discs.

The LG GP96Y has a compact shape like the ZenDrive Silver and External Slimline. It differs by having rounded edges instead of straight lines and multiple color options, including Black and White.

While the LG GP96Y is the best choice for users wanting to enjoy their discs on multiple devices, it has a significant drawback. Its lack of Blu-ray capability limits its audience and makes it redundant for some users. Still, considering its low price and compatibility, it’s hard to complain, and the LG GP96Y is still an ideal option for users with older discs.

LG’s GP65NB60 is one of the most budget-friendly disc drives on the market. It’s cheaper than the LG GP96Y and ZenDrive Silver but has similar capabilities and can read and write on CDs and DVDs only.

While it shares most of its functionality with the other drives, the GP65NB60 has a nifty feature that sets it apart. There’s a feature called Jamless mode that allows it to play damaged discs. The GP65NB60 disregards the damaged areas of the disc and only plays the readable parts when it’s in this mode. This feature is convenient for users with older discs that have picked up scratches over the years.

It isn’t the most advanced option, but the GP65NB60 holds its own against more expensive drives like the LG GP96Y and ZenDrive Silver. At its low price, it has decent functionality, and being able to play damaged discs makes it a worthwhile option for buyers with older DVDs and CDs.