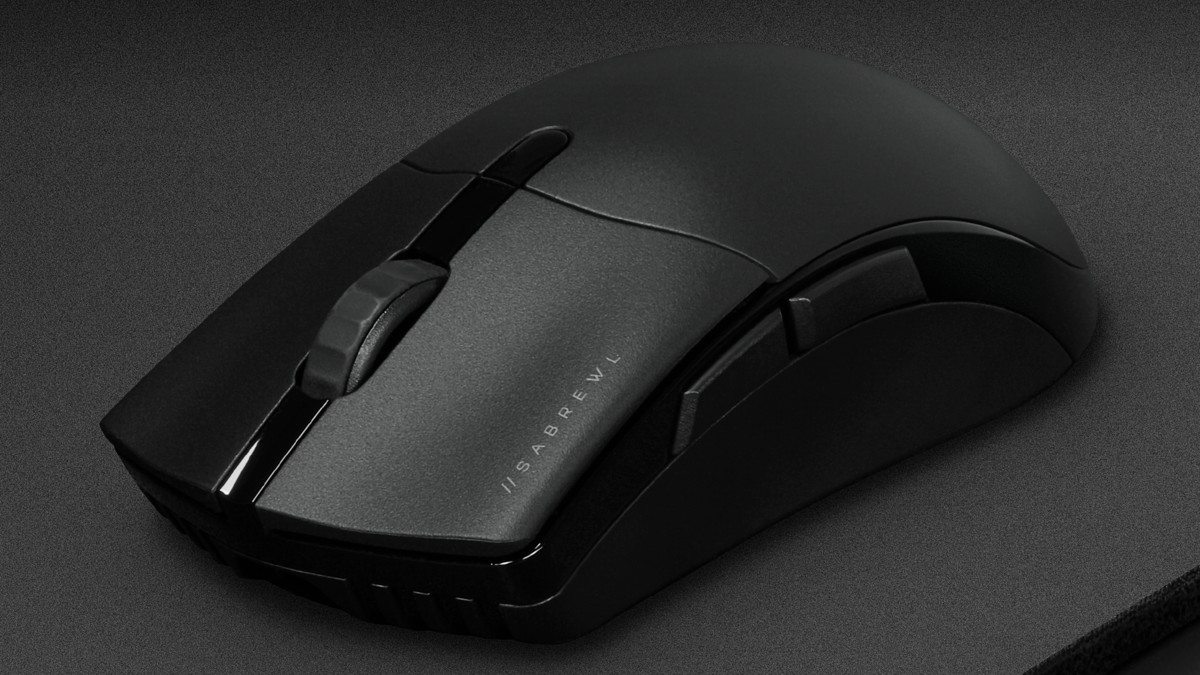 Founded in 1994 with a mission to make RAM for PCs, Corsair Gaming has since branched out into every part of PC life: power supplies, CPU coolers, computer cases, gaming mice and keyboards to headsets and even gaming chairs.

In the last few years, Corsair acquired companies like Elgato, SCUF Gaming, and Origin PC Corp to expand their lineup. Elgato makes streaming products like the famous Stream Deck, while SCUF manufactures custom controllers for PCs and consoles like the PlayStation 5 and Xbox Series X. Origin is a custom PC building company that sells desktops, laptops, and accessories like keyboards and monitors based on Corsair components.

There’s a mouse in the Corsair lineup to suit any player. Competitive players can choose high-DPI, and polling rate models like the Sabre RGB Pro Wireless and die-hard MOBA players can enjoy the added functionality of the Scimitar Pro. Budget-conscious buyers can check out more affordable options like the Harpoon, and left-handed users can try the ambidextrous M55.

Corsair’s Sabre RGB Pro Wireless is geared towards competitive gamers and is packed with modern features like wireless connectivity, high polling rates and sensitivity, and the obligatory ultralight design.

For a high-end mouse, the Sabre RGB Pro Wireless has subtle styling and looks more at home in an office environment. It measures 5.1 by 2.76 by 1.7-inches (129 by 70 by 43-millimeters) and has a light weight of just 79 grams. The all-black look with grey sides and discrete RGB lighting on the logo doesn’t stand out, but the whole point of this mouse is to be streamlined and functional. As a right-handed mouse, it only has side buttons on the left side to compliment the left and right clicks and the scroll wheel.

Performance is more important than looks, and that’s where the Sabre RGB Pro Wireless shines. It uses a PixArt PAW3393 sensor going all the way up to 26,000 DPI, and for a wireless mouse, it’s incredible that it can hit the 2,000Hz polling rate. All the buttons use durable Omron switches with an expected lifespan of around 50 million clicks.

It’s always great to see multiple connectivity options on a mouse. The Sabre RGB Pro Wireless works on the 2.4Ghz wireless frequency or Bluetooth. Battery life is a critical feature of any wireless mouse, and buyers can expect a decent 90 hours using Bluetooth and around 60 hours on wireless if the (unnnecessary) lighting is off.

While the Sabre RGB Pro Wireless ticks all the boxes for a gaming mouse, it has some limitations. It doesn’t come cheap, and some buyers might be put off by the lack of a physical CPI adjustment button. Its 2,000Hz polling rate will only be appreciated by users with the fastest monitors and won’t make a difference to many buyers.

There’s no mistaking the Corsair Glaive Pro for anything apart from a gaming mouse with bright lighting and chunky buttons. Its claim to fame is its three interchangeable grips for the left side. The grips alter the mouse’s shape so buyers can fine-tune it for their preferred shape. Unlike the cumbersome M65 RGB Elite that needs a screwdriver to switch the different weights, the Glaive Pro has magnetic grips that easily clip in and out.

Buyers will either love or hate the looks of the Glaive Pro. Some will love the hefty 115-gram weight of plastic and aluminum and enjoy customizing the three lighting zones, including one that indicates the DPI setting. Other buyers will find it too much and might be better off with more discrete options like the Sabre RGB Pro Wireless.

This mouse has decent performance no matter what you think of its looks. It uses the PixArt PMW3391 sensor capable of 18,000 DPI and has the expected polling rate of up to 1,000Hz. Like the Sabre RGB Pro Wireless, it has Omron switches with a 50-million click lifespan.

The Glaive Pro has some of the best customization options in the Corsair range, with three swappable grips and three RGB lighting zones. It might be the best option if you want a personalized mouse, but it isn’t great for office workers or buyers wanting something discrete.

Multiplayer online battle arena (MOBA) games like League of Legends and DOTA 2 require fast inputs and reactions from players. Mice like the Corsair Scimitar Pro RGB have additional programmable buttons that can map to in-game abilities. It’s often easier to access abilities at the touch of a button instead of searching for keyboard shortcuts, especially when every second counts.

The Scimitar Pro RGB has 17 programmable buttons, including 12 buttons in a four-by-three grid pattern on the left side. Every alternate column has texturing to prevent you from pressing the wrong button in the heat of battle. The entire grid can also slide forward or backward for the most comfortable position possible. This mouse can also work for competitive shooters like Apex Legends or VALORANT, and the side buttons can be mapped to abilities or healing.

On the inside, the Scimitar Pro RGB has a PixArt PMW3367 sensor capable of 16,000 DPI. It’s lower than the other mice listed so far, but most players don’t use high settings anyways. Changing the sensitivity, programming the buttons, and configuring the RGB lighting is all done through Corsair’s iCUE app.

While the Scimitar Pro RGB offers increased functionality, it’s pretty bulky at 4.7 by 3.0 by 1.9-inches (119 by 76.2 by 48-millimeters) and weighing 147 grams. It’s ideal for players needing the extra functionality for certain games but might be overkill for casual gamers.

All the mice listed so far are for right-handed players. The Corsair M55 bucks the trend with a symmetrical design and buttons on both sides to appeal to left-handed players. Apart from its extra side buttons, the M55 has a fairly standard design with a matte black finish and the usual RGB logo.

Despite its ordinary appearance, the M55 can fit most hands with measurements of 4.9 by 2.3 by 1.6-inches (124.4 by 57.3 by 40-millimeters). Fans of light mice also appreciate its 86 gram weight that’s marginally heavier than the Sabre RGB Pro Wireless.

The 12,400 DPI PixArt PMW3327 sensor can’t match the other mice mentioned so far, but it’s still more than enough for most games. Where the M55 matches its rivals is its inclusion of durable Omron switches.

Corsair’s M55 is geared to right and left-handed buyers and comes in at a reasonable price. Its main disadvantage is that one set of side buttons is always difficult to reach depending on which hand you’re using, making them redundant.

The Corsair Harpoon Pro has been around for a while and is geared towards budget-conscious buyers. For an entry-level mouse, it has a comfortable shape with contouring and soft texturing on both sides. It also has a solid feel with no flimsiness commonly found on lower-end mice.

As expected, the Harpoon Pro has a minimalist design with two side buttons, a scroll wheel, and the left and right clicks. There’s also a DPI adjustment button behind the scroll wheel, which isn’t found on the high-end Sabre RGB Pro Wireless. At 4.53 by 2.69 by 1.59-inches (115 by 68 by 40-millimeters) it can fit most hands, and its 85-gram weight isn’t bad either.

Originally offered with the 6,000 DPI PixArt PMW3320, the Harpoon Pro’s been upgraded to the 12,000 DPI PMW3327. It’s the same sensor from the more expensive M55 and offers acceptable gaming performance for most users.

For an inexpensive mouse, the Harpoon Pro is comfortable and has acceptable performance. Its build quality can also match some of its more expensive rivals. Some players won’t like its basic design, but it’s hard to complain, considering the low price.

Other Corsair mice to consider

Corsair Katar Pro XT – The Katar Pro XT is Corsair’s entry into the ultralight division weighing 73 grams. It has a symmetrical design with buttons on the left side only and an 18,000 DPI sensor.

Corsair Nightsword RGB – This mouse has separate weights, so buyers can adjust it between 119 and 141 grams. There’s also a “sniper button” on the left side to reduce the DPI when aiming in first-person shooters like Overwatch or Call of Duty.