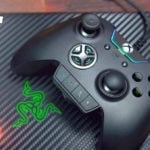 The PS4, Xbox One, and Nintendo Switch all come with at least one dedicated set of controllers. While the official pads are nice and get the job done, they may be lacking for competitive players.

If you’re in the market for a controller that just works then you can find cheaper alternatives than ordering an original to save some extra bucks.

Picking the best out of a sea of options can be difficult since it’s hard to pinpoint their differences without testing them. We’ve gathered the best controllers on the market for the PS4, Xbox One, and Nintendo Switch. 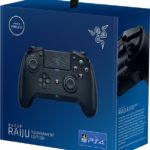 Razer Raiju Tournament Edition features Microsoft’s button layout which can turn transitioning from Xbox One to PS4 into a no-sweat process. If you’re a tournament hunter performing on both Xbox and PS tournaments then finding that consistency in your controllers is also a key element for success.

Instead of having a floating pad under the surface for the directional pad, it has individual buttons which makes it more durable. The thumbsticks are responsive, and the pad comes with back paddles alongside extra shoulder buttons.

You’ll also have the option to remap the extra buttons with Razer’s Raiju app. Switching profiles on the fly isn’t possible, however, since the controller lacks a dedicated key for that. 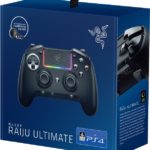 If you liked what the Tournament Edition of Razer Raiju had to offer but were skeptical about the button layout, then the Ultimate with its classic looks may be just for you.

The ultimate edition offers pretty much the same package with slight improvements. These improvements include interchangeable thumbsticks and a D-Pad. The thumbsticks are made of metal as opposed to plastic, which gives them a more fluid feeling.

You’ll be able to use the Raiju app to create profiles for the Ultimate version as well and it features a dedicated button to switch profiles on the fly, which the Tournament Edition lacked. Face buttons have a clicky feeling and it’s overall a joy to use the Raiju pad for extended periods. 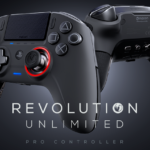 Nacon’s software allows additional tweaks like remapping some of the keys and there’s also a switch on the controller which players can use to switch between profiles. Aside from all the basics features, the responsiveness of the sticks can be adjusted as well alongside the sensitivity of the triggers. Overall, the buttons are clicky, tactile, and responsive.

The color of the LED that’s located around the right stick is adjustable and the grips come with a “grippy coating” that ensures the controller doesn’t slip out of your hands no matter how much you sweat. 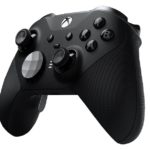 While the usual trend is to move away from the manufacturers of the consoles when it comes to finding an alternative controller, Microsoft shows its strength by tying up all the loose ends.

The Xbox Elite Controller Series 2 is one of the more complete controllers out there. It catches the eye with its unique design and hooks players in with how it feels in hand. It features rubberized and grippy horns alongside a metal D-Pad. The thumbsticks are also steel-shafted to give them that extra durability.

What makes this controller great is that it comes with optional sticks. The alternative sticks include a pair of tall ones with domed tops and a pair of concave-topped sticks. Microsoft also allows players to choose between a traditional standard D-Pad and a faceted metal disc which shows its true potential in fighting games.

There are four metal paddles around the underside of the controller which are all remappable and can also be removed. Switches that can be seen on the sides of the controller are for reducing trigger travel. The Xbox Accessories app makes it possible to remap any button on the controller and it can store over 200 profiles for individual games. 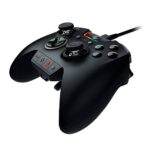 Wireless options have been the way to go in terms of controllers for a while. But if you’re into playing competitive games, then it may be time to consider some wired options for a lower response time.

The Razer Wolverine Ultimate is a wired controller that comes with a three-meter long cable that makes sure you don’t run into any range problems. You should be careful about anyone tripping on your cable if you’re sitting far away from your TV or monitor, however.

All the buttons on the Wolverine are remappable via Razer’s Synapse Xbox app. The app can also adjust the vibration force of the controller alongside the sensitivity of the buttons. Though the RGB lights of the controller aren’t as shiny as Razer’s other products, they can be adjusted or turned off by the Synapse software. 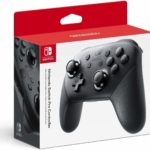 The joycons that you get with the switch are nice, but they may get old if you’re using your Switch docked most of the time. You may want a more traditional controller for a better grip and ergonomics.

Nintendo’s Switch Pro controller is one of the better options in the market with its comfortable grip and textured feel. It also supports NFC, motion controls, and rumbling. The thumbsticks have a soft touch and feel durable while the face buttons are clicky. 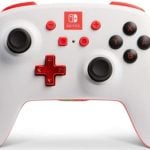 While the Switch Pro controller is perfect to have as your main controller, getting two of them may cause some gamers to break their piggy-banks.

PowerA’s Enhanced wireless controller is a budget alternative to our first pick and is surprisingly lightweight. Its buttons are solid and analog sticks have a smooth feeling. It doesn’t support rumble but makes up for it by having motion-control support. It also features two extra programmable buttons that can be configured on the fly.

PowerA Enhanced’s only drawback is that it runs on AA-size batteries. We recommend using rechargeable batteries to avoid burning through disposables.