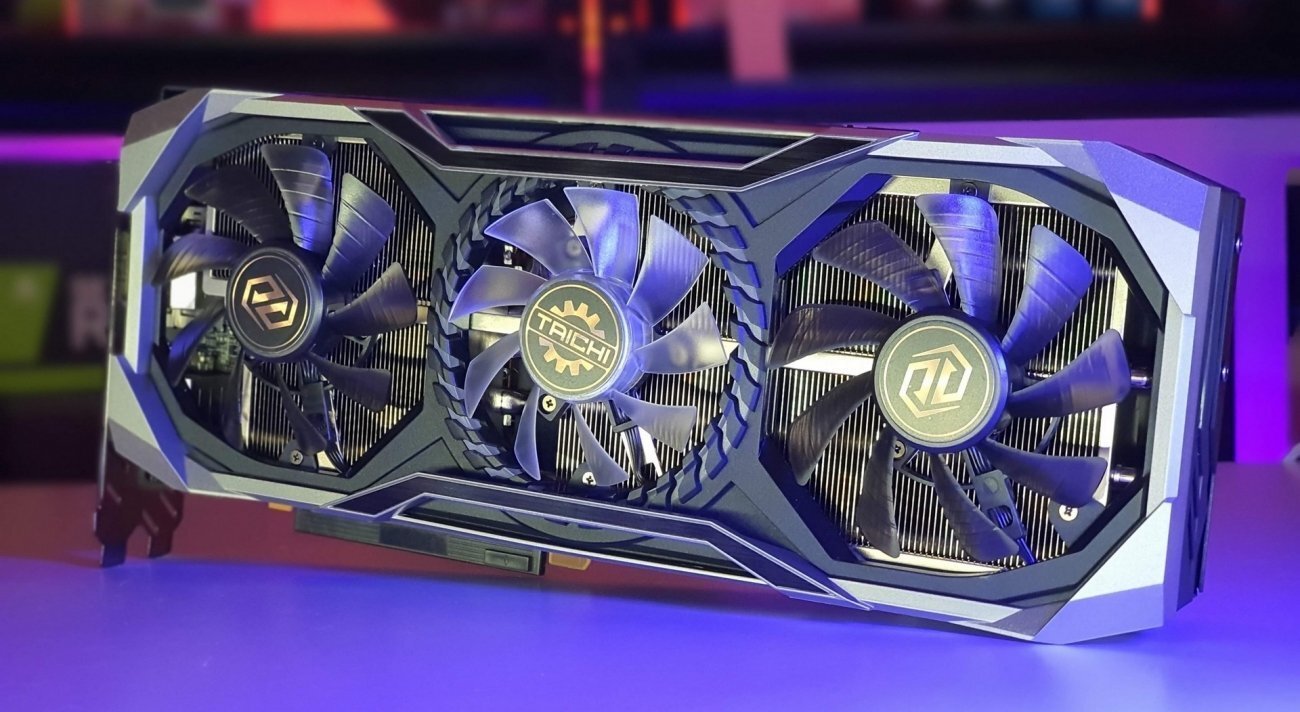 An excellent graphics card is crucial to your gaming rig because you can’t play many games without it. Even a computer with the best CPU, motherboard, and lots of RAM, needs a solid graphics card to push the framerates and picture quality demanded by most modern games.

The two major graphics card manufacturers are AMD and Nvidia. They’ve been slogging it out for years to see who can make the best cards, and the race has led to significant innovations and competitive pricing. Nvidia once held a clear lead, but AMD has come out with incredible cards to rival Nvidia’s supremacy.

Since many new gaming monitors are coming out with adaptive sync technology like AMD Freesync and Nvidia G-Sync, it can be even harder to decide which graphics card to choose. The new range of AMD graphics cards has impressive performance and great value. We’ve made a list to check out the best AMD graphics cards for gaming and what they offer.

The AMD Radeon RX 6900 XT is the new flagship model meant to compete with Nvidia’s RTX 3090 at the top end of the market. Both cards are more powerful than anything that’s come before, but they are extremely difficult to find. The RX 6900 XT features 16GB GDDR6 and a 2,250MHz boost clock. It uses around 300-watts, so you’ll need a capable power supply unit.

The ASUS TUF Gaming AMD Radeon RX 6900 XT OC Edition is an excellent choice if you want an RX 6900 XT card. This graphics card has a thick heatsink and has a 2.9 slot design. The three fans do a fantastic job of keeping things cool, while the military-grade capacitors used in this card’s construction provide an added layer of confidence. You can use this graphics card to play games in 4K, and it’s also capable of ray tracing. The Radeon RX 6900 XT is the most powerful AMD card available, but it doesn’t represent the best value.

If you’re looking for an RX 6800 XT, the ASRock Taichi is one of the best options on the market. This graphics card uses three 8-pin power connectors and is rated to draw up to 525-watts of power. It has a chunky heatsink with RGB lighting on the center fan. If you don’t like RGB lighting, you can quickly turn it off using a physical switch on the card. Compared to the regular RX 6800 XT, the ASRock Taichi has slightly better performance with a 2,110 Mhz core clock and 2,360 Mhz boost clock.

The AMD Radeon RX 5700 might belong to the previous-gen, but it has fantastic performance and comes at an affordable price. It features 8GB GDDR6 with a base clock running at 1,465 MHz and a boost clock of 1,525 MHz. This graphics card also works with Contrast Adaptive Sharpening (CAS), which allows games rendered in 1440p to be upscaled in incredible clarity if you’re using a 4K monitor.

The MSI Radeon Mech OC is a brilliant card if you want to go down the RX 5700 route. At just 232 mm long, it’s much shorter than most RX 5700 cards and can fit into smaller cases. Its base clock runs at 1,515 MHz, and the boost clock can reach 1,750 MHz. This card isn’t capable of ray tracing, but it still has one of the best price-to-performance ratios of any graphics card.

The Sapphire Radeon NITRO+ is an excellent RX 5700 XT graphics card. It’s quite large and takes up three slots with its triple-fan design. Compared to the regular RX 5700 XT, it’s got a bit more power with a core clock speed of 1,770 Mhz and a boost clock speed of 1,905 Mhz. The Sapphire Radeon NITRO+ has excellent performance. Whether it’s a better option than the standard RX 5700 depends on whether you need the extra bit of power and want to pay more for it.

The RX 5500 XT is a fantastic mid-range graphics card that matches the Nvidia GTX 1660 when it comes to performance. This card comes in 4GB and 8GB variants, and the larger one is the better option. Apart from 8GB GDDR6 memory, it also has a 1,717 MHz core clock and a 1,845 MHz boost clock. It also has 1,408 shader units and 22 CUs.

The GIGABYTE Radeon RX 5500 XT is one of the best RX 5500 XT graphics cards on the market, but it’s a bit big to fit in some cases. This graphics card has slightly more performance than the standard version with a higher core clock speed of 1,735 MHz. This card also comes with RGB lighting, and you can use the Fusion App to sync it with your motherboard, mouse, or headset.

The AMD RX 580 is another budget graphics card with enough power to run the most popular titles like Apex Legends and Call of Duty while maintaining decent frame rates. It has 8GB GDDR5 memory with a base speed of 1,257 MHz and a boost speed of 1,340 MHz. There are also 32 CUs and 2,304 stream processors.

The Asus ROG STRIX RX 580 is one of the best graphics cards featuring this AMD chipset. Most other RX 580 cards have a dual-fan design, but the ROG STRIX takes things a step further with three fans and the Asus MaxContact technology. Compared to the reference card, it has a 1,360 MHz base speed and 1,380 MHz boost speed. It also has two HDMI ports, two DisplayPort connections, and a DVI-I connection, so it’s ideal for VR or multiple monitor setups.

The RX 560 is an entry-level graphics card that’s worth getting if you’re on a limited budget. It doesn’t have the best performance, but it will still run many AAA titles. Since it’s so small, it’s an excellent option for smaller cases or if you want to upgrade from a standard onboard graphics card. It comes with 4GB GDDR5 memory, a base clock speed of 1,175 MHz, a boost speed of 1,275 MHz, and 1,024 shaders.

The MSI RX 560 is a great card because it’s compact enough to fit into any case and is Freesync compatible, so it can eliminate screen tearing when using a compatible monitor. This graphics card may sit at the bottom of the spectrum, but it can still run games like League of Legends and Overwatch.