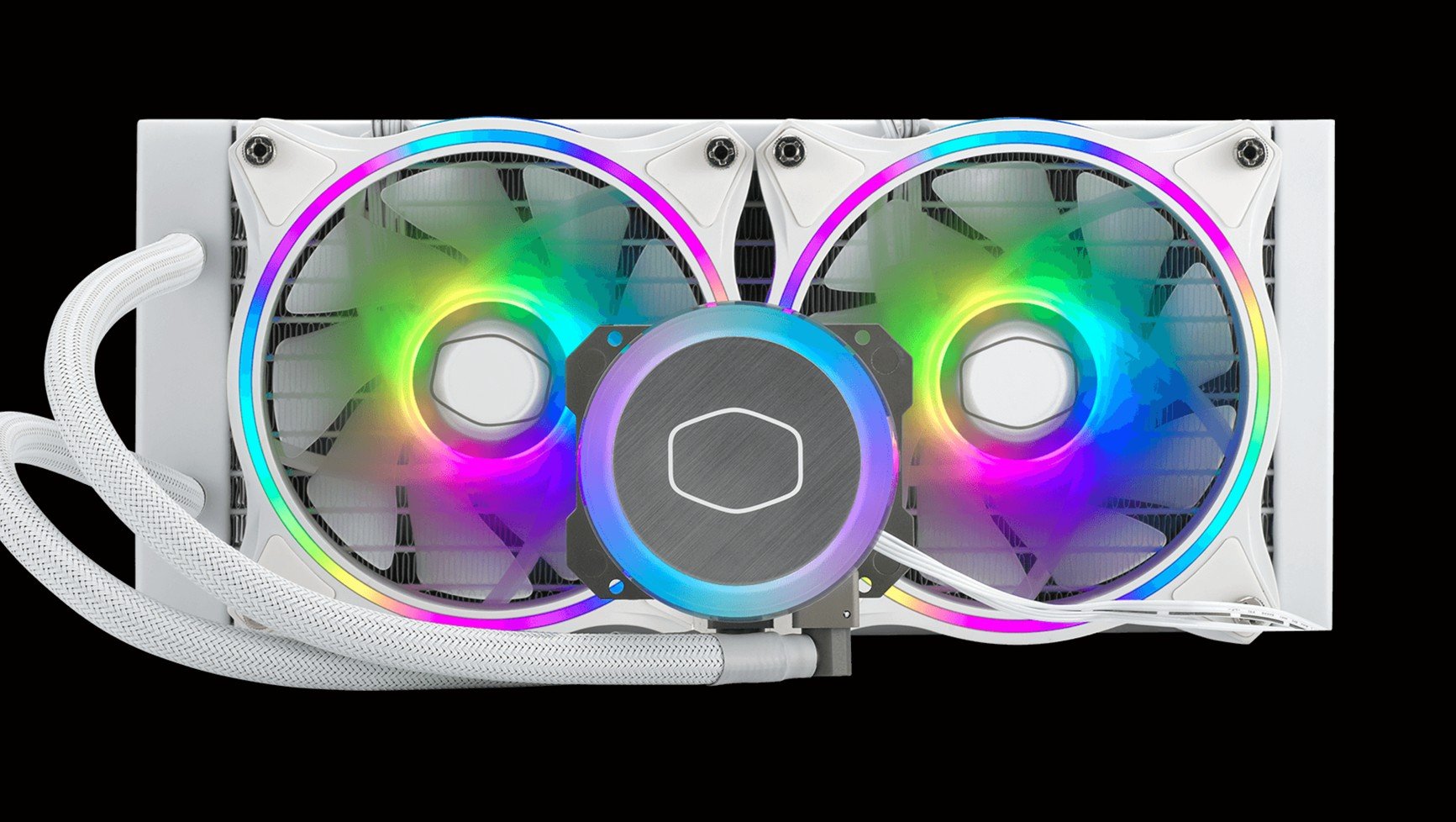 Water cooling is a viable alternative to air cooling when it comes to regulating the temperature of a PC. Most water cooling systems have better efficiency than air coolers because water is a better heat conductor than air. Water coolers generally have a quieter operation and keep the PC cool regardless of how much heat it’s generating.

While custom water cooling options can be expensive and complicated to handle, all-in-one (AIO) coolers are competitively priced and much easier to install. AIO coolers come as a complete unit with the radiator, water block, tubes, and other components in the box. All users have to do is assemble the kit and install it in the case.

Before purchasing an AIO cooler, users should ensure it will fit in their case and that it’s compatible with the motherboard. Some cases have more space than others, so users should ensure the AIO cooler fits while still leaving room for other components. Most current AIO’s are compatible with modern processors, but it’s still worth checking compatibility before purchasing.

Here are the best AIO coolers for PC.

Thermaltake’s Floe DX 360 TT Premium Edition is big enough to cool the most demanding systems and has additional features like RGB lighting and Alexa compatibility.

Size matters when it comes to radiators. The Floe DX 360 features a large 360-millimeter radiator coupled with three Thermaltake 120-millimeter fans. Everything needed to mount the AIO ships with it, including the various screws, mounting brackets, and cables. There’s also an RGB controller included to configure the lighting.

Like most Thermaltake products, the Floe DX 360 has outstanding build quality. The pump is designed to be as efficient as possible while having a silent operation. All three fans have 18 LEDs each and rotate between 500 and 1,500 RPM.

One of the outstanding features of the Floe DX 360 is its software. It works with the TT RGB mobile and desktop app to monitor performance, change the lighting settings, and control the fan speeds. Alexa voice capability is also included, but users need to buy a compatible device separately.

Having a superb mix of performance and features makes the Floe DX 360 a worthwhile choice. This AIO cooler may be pricey, but it has outstanding cooling and advanced features like app control and Alexa compatibility.

Users can monitor the performance using the LCD display. NZXT makes the Z63 user-friendly by having a 2.36-inch LCD screen on the pump, displaying the temperature and other information. This display is configured using the CAM app and can also display other information like GIFs and images.

NZXT’s Kraken Z63 should be sufficient for most builds, but larger PCs are better off with something more substantial like the Floe DX 360. The only downside of this AIO cooler is that the LCD display adds to its price and makes it expensive.

While the fans on the ML240 are small, they still have decent performance. They rotate at between 650 and 1,800 RPM and generate a maximum airflow of around 47.2 CFM. The fans are also relatively quiet, operating between 6 and 30dB.

Like the Floe DX 360, the ML240 has abundant RGB lighting. Each fan has 24 addressable LEDs, and there’s more lighting on the radiator and pump. The translucent white color of the ML240 enhances the color with a reflective effect. Cooler Master ships a compatible ARGB controller with the AIO cooler, and buyers can use the CM MasterPlus software to configure the lighting.

NZXT’s Kraken M22 120mm has many features from the Z63 in a smaller package. Instead of two 140-millimeter fans, the M22 only has a single 120-millimeter fan. While the pump on the Z63 has an LCD display, the M22’s pump only has RGB lighting and an infinity mirror. Both AIOs don’t have lighting on the fans or radiator.

All the configuration is done through the CAM mobile or desktop apps. The apps allow users to monitor the AIO’s performance and adjust the fan and lighting settings remotely.

The M22 isn’t a worthwhile option for rigs with powerful processors. It’s more viable for low and mid-range processors that don’t get so hot and don’t need the strongest AIO cooler.

EVGA’s CLC 280mm is an affordable AIO that allows users to cool their systems without spending much cash. It may be reasonably priced, but the CLC 280mm provides adequate cooling for most builds because of its size and performance.

This AIO cooler has the same configuration as the Z63. They both have 280-millimeter radiators with dual 140-millimeter fans. Where the two AIO coolers differ is the fan speeds and airflow. The fans on the CLC 280mm spin between 600 and 2,200 RPM and generate a maximum airflow of 113.5 CFM.

One way EVGA keeps the CLC 280mm’s price low is by having limited RGB lighting. Instead of a vivid RGB display like the ML240 or an LCD screen like the Z63, the CLC 280mm only has an RGB logo on the pump. Users can change the color settings, monitor performance, and adjust the pump and fan speeds using the EVGA Flow Control software.

The EVGA CLC 280mm doesn’t offer extra features like Alexa compatibility or mobile apps, but it gets the job done. Its purpose is to provide adequate cooling for the processor, and it achieves its goal without costing much money. Despite its lack of extra features, the CLC 280mm is a solid choice for users wanting excellent cooling for a low price.