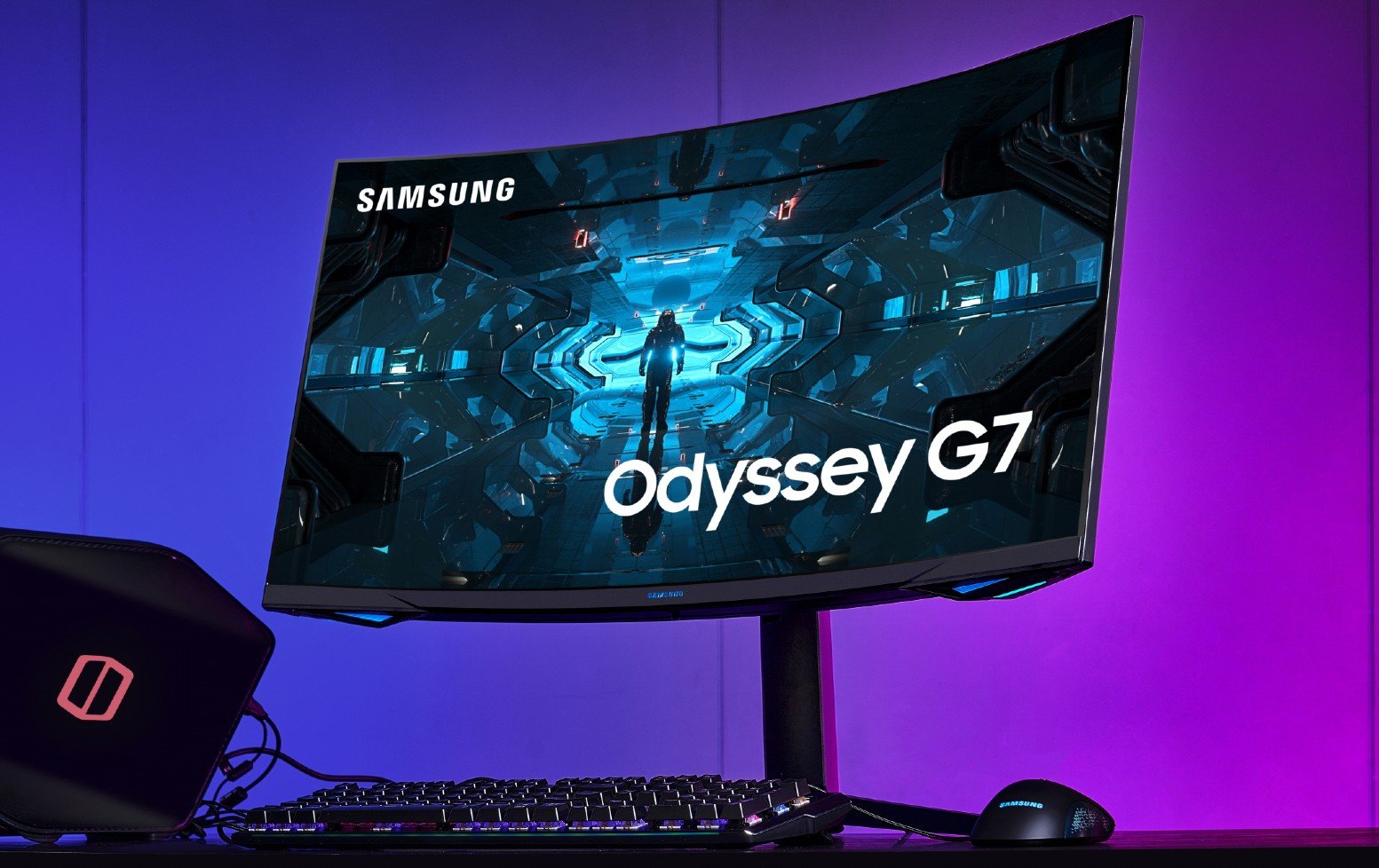 A 32-inch monitor is an excellent choice for buyers looking for versatility. Most 32-inch monitors suit a wide range of tasks like playing games, watching media, or office work. Compared to other monitor sizes, they have a narrower selection on offer.

Connectivity is another important factor to consider when choosing a monitor. The monitor must have enough ports to suit your needs, and it must be compatible with the ports on your graphics card. Most 32-inch monitors have multiple connectivity options, including HDMI ports and DisplayPorts, but some 8K models only feature DisplayPorts.

Adjustability and mounting are also important considerations when choosing a monitor. Certain monitors are limited to tilting, while others can rotate and swivel to suit your needs. Some users prefer to save space by using a VESA mounting system to affix the monitor to a wall. All the monitors on this list are compatible with standard VESA mounts. Before purchasing a monitor, buyers should ensure their monitor of choice is compatible with their setup and space limitations.

Here are the best 32-inch monitors for gaming.

The Samsung Odyssey G7 makes the top of this list thanks to its balance of performance and design. This monitor uses a Vertical Alignment (VA) panel with WQHD 2560×1440 resolution. One of its main draws is the quick 240Hz refresh rate, which isn’t commonly seen in monitors this size. VA panels are generally known for their slower response times, but the Odyssey G7 manages a one-millisecond Grey to Grey (GtG). Like most gaming monitors, this Samsung model features adaptive sync compatibility to prevent screen tearing.

A standout design feature of the Odyssey G7 is its extreme curvature. The Odyssey G7 has a 1000R screen, giving it the tightest circumference of any curved monitor. The 1000R rating equates to the monitor’s curvature having a radius of 1000 millimeters if stretched into a full circle. Some of the benefits of an intensely curved display include a more immersive experience and less glare. One of the drawbacks to the curved design is a narrower viewing angle.

Apart from this monitor’s extreme curvature, the Odyssey G7 has a few other impressive design features. It boasts a striking angular design, and the subtle RGB accents on the bottom give it a more premium vibe. There’s also a ring of light on the monitor’s back where the stand connects. Compared to the LG 32UN880-B, MSI G32C4, and LG 32UN880-B, there’s only a single HDMI port, but there are two DisplayPort 1.4 connections. The Odyssey G7 is also loaded with three USB ports and a 3.5-millimeter headphone jack.

A wide combination of factors makes Samsung’s Odyssey our top pick. The WQHD resolution looks great and allows the monitor to have a high 240Hz refresh rate with a quick one-millisecond GtG response time. Having the tightest curve of any monitor on the market adds to its appeal and creates an immersive experience unlike any other monitor on this list.

MSI’s MAG322CR is a great 1080p option for competitive players looking for a fast 32-inch monitor. It has a much lower resolution than the Dell UltraSharp 32, making it ideal for users with lower-spec PCs who want to play on a large screen.

MSI’s MAG322CR is affordable and has a solid feature set. Like the Samsung G7, it has a VA panel, but the resolution is limited to full HD 1920×1080. Where the MAG322CR shines is the fast 180Hz refresh rate and low one-millisecond response time. Like the Dell Samsung G7 and LG 32UN880-B, this MSI model uses AMD Freesync to eliminate screen tearing.

The design of the MAG322CR is relatively standard. A single RGB lighting strip runs along the back of the full-black design to add some flair. Compared to the Samsung G7 Odyssey, the screen has a less pronounced 1500R curve. Connectivity options include a single DisplayPort 1.2, two HDMI 2.0 ports, and a USB-C port. There are also three USB-A ports and an audio out port.

Some gamers don’t need to push 4K resolution and are only looking for a speedy monitor. The MAG322CR is an affordable choice with enough connectivity options to support most PC builds and games. MSI’s 32-inch curved monitor also grants competitive players the speed they need to keep pace with their opponents.

LG’s 32UN880-B is the best choice for buyers looking for a monitor for console gaming. It has an In-Plane Switching (IPS) panel with 4K UHD 3840×2160 resolution and HDR10 compatibility. The 60Hz refresh rate is much lower than the 240Hz on the Odyssey G7, but most 4K games aren’t hitting 60 frames per second yet. AMD Freesync comes standard and aligns the frame rates generated by the graphics card with the monitor refresh rate for a more reliable picture.

An area where the LG 32UN880-B differs from most monitors is its space-saving mount. Instead of a conventional stand, it has a C-shaped clamp that attaches to the edge of a desk. The stand has a flexible hinged arm that allows the monitor to have excellent viewing angles and adjustment options. It can extend and retract and move up and down. A hinge connects to the monitor allowing it to swivel, rotate, and tilt. These features give the LG 32UN880-B the best adjustability options of any monitor on this list.

Apart from the unorthodox stand, the LG 32UN880-B looks like a conventional office monitor. It’s full black with no RGB lighting. The connectivity options include two HDMI 2.0 ports, two USB-A ports, a DisplayPort 1.4, and a headphone jack. There’s also a USB-C port that allows data transfer and can charge other devices like mobile phones or tablets.

LG’s 32UN880-B boasts a high resolution to display games in incredible detail. Its adjustability options make it ideal for people who have multiple monitors or want to save space on their desks. The 60Hz refresh rate is suitable for casual gamers and console players, but competitive players need something faster.

Many players are still getting used to 4K, but 8K is already on the horizon. Users looking for a taste of the future can check out the Dell UltraSharp 32, but they’ll need a high-spec rig to handle it.

There’s no doubt the resolution on the Dell UltraSharp 32 blows away the competition on this list. It has an IPS panel with 7680×4320 resolution and a 60Hz refresh rate. The high resolution translates to a pixel density of 275 pixels per inch (PPI) and adds detail to the 1.07 billion colors the monitor produces. Compared to the other monitors on this list, the six-millisecond response time is slow but expected considering the higher resolution.

When it comes to looks, the Dell UltraSharp 32 stands out with its two-tone design. The monitor’s base and rear have a mix of silver and black, but the bezels are full-black. Unlike most monitors on the market, the Dell UltraSharp 32 has no HDMI ports. Instead, there are two DisplayPorts which both have to be connected simultaneously to push the high resolution. Other ports include three USB ports and a 3.5-millimeter audio jack.

There are few disadvantages to the Dell UltraSharp 32. Dell’s UltraSharp 32 allows users to experience next-gen graphics, but their hardware must be up to the task. Another disadvantage is the limited amount of 8K content currently available. Right now, 8K is a future technology with great potential but is limited by the high price of early adoption.

LG’s 32UL500-W offers impressive value for budget-minded buyers looking for a true 4K experience. This monitor has 4K UHD 3840×2160 resolution with a 60Hz refresh rate. Instead of an IPS panel like the LG 32UN880-B, this LG model has a VA panel with a four-millisecond response time. Like the other monitors listed, the LG 32UL500-W comes with AMD Freesync compatibility.

It may have a budget price, but the LG 32UL500-W boasts a premium look. The legs and stand are silver, and the back of the monitor is full-white. Like the MSI G32C4, the bezels on the front are black. LG had to make some sacrifices to keep the price down, so the adjustability options are limited to tilting only.

Another area where LG cut costs is the limited connectivity options. There are no USB ports, and users get two HDMI 2.0 ports and a single DisplayPort 1.2. Two built-in five-watt speakers to make up for some of the drawbacks, though. The speakers aren’t the most powerful, but they’ll get the job done if you don’t have any headphones handy.