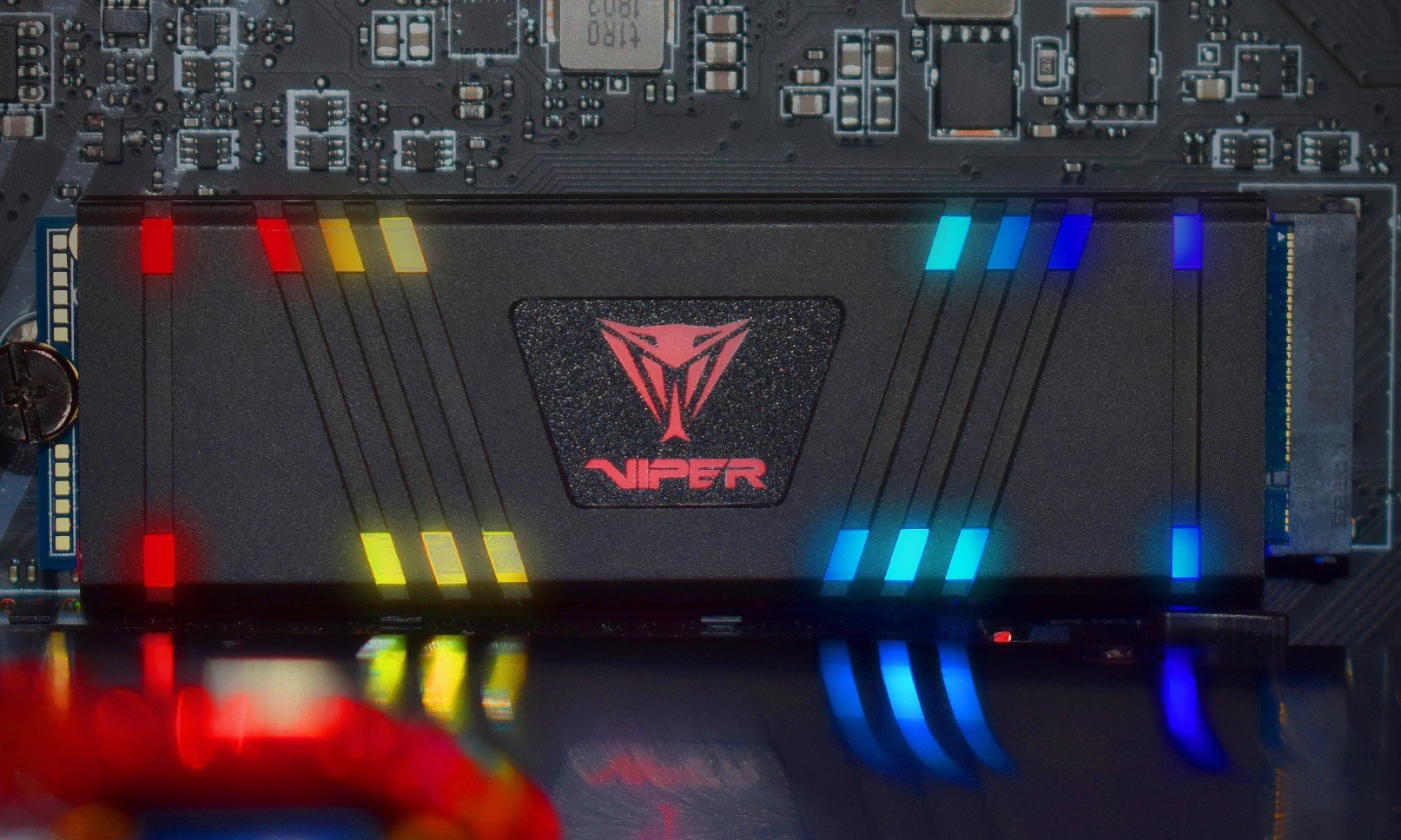 Games like Call of Duty easily take up 250GB of storage, and there are always new updates rolling out. If you want to have multiple games installed at a time, it’s worth getting a larger solid-state drive, or SSD for short.

SSDs are much faster than hard disk drives (HDD). The price of SSDs is slowly coming down, but it can still be expensive to get one with a larger capacity. A 1TB SSD hits an excellent balance of price, speed, and performance. It also has enough space for your larger games, music, and other media.

The main types of SSDs available are SATA and NVMe drives. SATA SSDs come in the 2.5-inch format and have slower read and write speeds than NVMe drives. These SSDs are a great choice for older computers and motherboards without NVMe capability. NVMe drives look a lot like RAM and slot directly into your motherboard.

We’ve made a list of some of the best SSDs available so you don’t run out of space.

The 980 PRO is the first SSD from Samsung to support the new PCIe 4.0 standard. This NVMe SSD is built for the best performance possible with incredible read and write speeds. If you’re using an M.2 PCIe 4.0 slot, you can get read speeds of up to 7,000 MB/s and 5,000 MB/s sequential writes.

Samsung’s 980 PRO has a nickel coating to help with heat dissipation, and there’s also a heat spreader label to protect the NAND chip. It also has a built-in system called Dynamic Thermal Guard to manage its temperature and an app called Samsung Magician that monitors the drive’s health and performance. The Samsung 980 PRO 1TB is one of the fastest SSDs you can get and is perfect for your gaming PC.

The Western Digital Black SN850 is another PCIe 4.0 compatible NVMe with fantastic performance. The 1TB capacity should be enough space for a few larger games, and it has a read speed of up to 7,000MB/s and a write speed of 5,300MB/s. These quick read and write speeds are perfect for getting back to the action as quickly as possible.

Like Samsung’s 980 PRO, Western Digital’s SSD also comes with software to monitor its health and performance, and there’s also a Game Mode. Game Mode disables some low-level functions to optimize its performance. If you’re worried about thermal performance, you can also get this SSD with a heatsink, but it’s only available for desktops. The SN850 isn’t cheap, but it has excellent speed and may enhance your gaming experience.

The Patriot Viper VPR100 is a great option if you appreciate RGB lighting. This NVMe SSD uses the older PCIe standard so, its read and write speeds are lower than the ones mentioned earlier. Despite the slower speed, it’s still good enough for gaming with a read speed of up to 2,900 MB/s and a write speed of up o 3,300 MB/s. It also has a built-in heatsink and thermal sensor.

One of the main reasons to get this SSD is its RGB lighting, which forms an attractive pattern on each side. There are 16 LEDs on each side, which can be configured using an app. The VPR100 is compatible with most major RGB apps like Asus Aura, MSI Mystic Light, and Gigabyte Fusion. The broad RGB compatibility means you’ll likely be able to sync it with your mouse, headset, and even your motherboard.

If you don’t want to spend so much, you can grab the Samsung 860 EVO. It’s a 2.5-inch SATA drive, so it’s compatible with more motherboards. Older laptops and desktops don’t have M.2 slots for NVMe SSDs, but they can benefit from getting upgraded to a SATA style SSD.

The Samsung 860 EVO has sequential read speeds of up to 550MB/s and write speeds of 520 MB/s. You can also use the Samsung Magician software to check for firmware updates and monitor its health and performance. Another brilliant feature is the AES 256-bit encryption that can protect your data. The Samsung 860 EVO is an affordable and capable choice if you’re looking for a slightly cheaper option.

The Crucial MX500 is another affordable 1TB SATA SSD. It has a low price but still has decent speeds and reliability. You get sequential read speeds of 560MB/s and write speeds of 510MB/s, which should be fast enough for most tasks.

The low cost doesn’t come without disadvantages. It has a lower expected lifespan than most of the competition, with a rating of 180 terabytes written (TBW). It’s still a massive figure that most users won’t reach, and there’s also a five-year warranty. The MX500 is a brilliant choice if you’re upgrading an older PC or need to expand your storage.

The Sabrent Rocker Q 1TB is one of the most affordable NVMe SSDs on the market. It’s compatible with the older PCIe 3.1 standard, so it’s a bit slower than the other NVMes we’ve mentioned. While it might be a little slower, the read speed of 3,200Mb/s and write speed of 2,000MB/s is more than enough for most uses, including gaming.

This SSD also comes with Sabrent Acronis True Image software to help you clone your old drive to your new SSD. The only drawback of the Rocker Q is that it has a lower endurance rating than the other SSDs on this list at just 260 TBW. Again, most users won’t reach that figure, and there’s a five-year warranty to consider.

The TeamGroup T-Force Cardea Zero Z440 is designed for gaming and is all about high performance. This SSD works on PCIe Gen4 motherboards and has an impressive sequential write speed of 4,400MB/s and a read speed of 5,000 MB/s. It also uses a layer of graphene and copper foil that can reduce heat by around nine percent.

This SSD has an outstanding endurance rating of 1,800 TBW, and it also comes with software to monitor its performance like some of the other options on this list. The T-Force Cardea Zero Z440 is an excellent addition to any PC if you want to increase its speed and storage capacity.