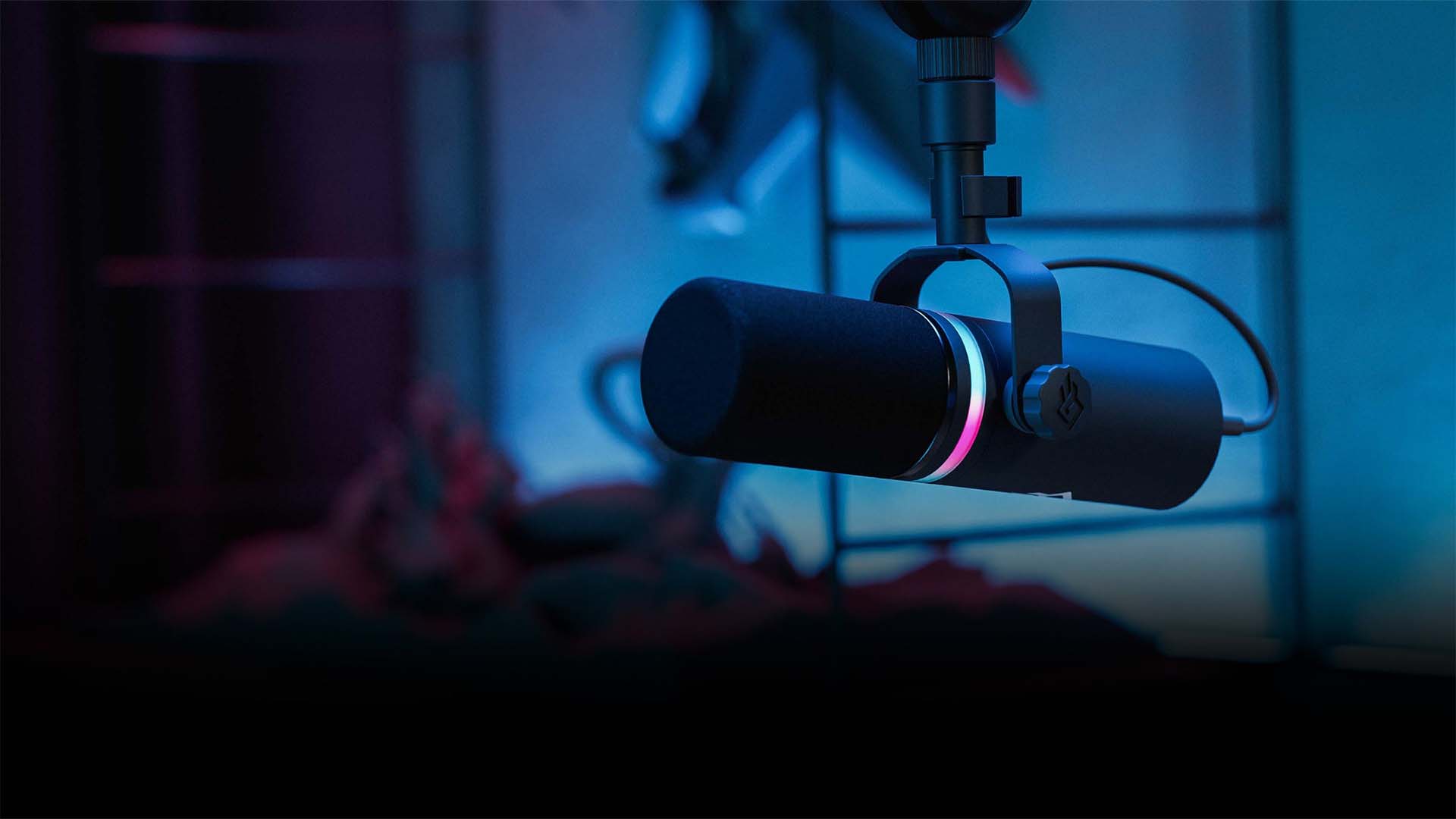 While many aspects of the microphone outpace its competitors, some of its problems don’t justify its price. 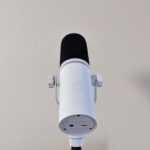 BEACN claims that mic is the first USB microphone to achieve active noise suppression, which would help eliminate unwanted background noise. It’s not perfect, but the noise suppression works well enough and can be easily adjusted through the BEACN app.

Unlike other USB microphones, the BEACN Mic requires proprietary drivers. There are drivers that need downloading to use it, which is obtainable through BEACN’s site.

In addition to the active noise suppression, Mic comes with an attached windscreen. The windscreen functions like a pop filter, eliminating peaking from harsh P and B sounds. Other items in the box are a 3.5m USB-C cable with a USB-A adapter and a 3.5mm adapter for monitoring. These cables connect via the bottom of the microphone and are long enough for different boom arm positions. They’re cumbersome when using a desk stand—Mic doesn’t come with one.

The lack of a desk stand is surprising, given nearly every USB microphone comes with an additional stand. BEACN’s decision may be based in their “XLR quality” marketing for the Mic, but that doesn’t mean they couldn’t supply a quality of life feature that’s almost industry standard on every other USB microphone.

Mic also lacks the physical controls found on many other microphones, forcing all tuning to be done within the BEACN app. It means you can’t mute the microphone without using the software, and it’s not clear whether external software like an Elgato Stream Deck or other audio controllers, can control the Mic’s volume.

Inside the microphone is a dynamic, cardioid capsule—BEACN doesn’t list the size of the capsule in its specifications. Other USB mics come with polar capsule options for multiple uses or users, but Mic is designed solely for solo recording. It can record at a max bit-depth of 32-bit and a maximum sample rate of 96KHz. The Mic’s large dynamic range, coupled with the higher than average resolution and sample rate, propels the Mic past its competition in terms of possible audio quality.

Pleasing to the eye

Aesthetics were clearly a high priority; our Mic review unit came with a striking matte white/blue/zinc alloy metal finish and a LED ring that’s customizable through the app. There’s an all-black version available as well, but the matte white/blue version stands out.

Color options for the ring are somewhat limited, however. There are only a handful of patterns to choose from, and each color lacks the richness found in other RGB LEDs. Colors get relatively bright, which helps it stand out in darker setups but can get washed out in well-lit rooms.

The Mic sits on an adjustable yoke attached to an industry-standard thread mount. A clip for cable management is also attached, a nice feature lacking on other USB mics.

Sound quality with Mic is easily one of the crispest and clear sounding on the market. The large dynamic range, active noise suppression, and adjustment features in the app give the user more options than ever to improve the overall sound of vocals. Getting that sound to the proper level can be a challenge, however.

When first using the microphone, the sound pick-up is very quiet. A decibel level of at least 15 in the app was needed to get a signal level above -20db—a target for vocals is usually a little under -6db. This low signal input wouldn’t be an issue for users who use the mic to record since users can amplify audio in post, but it’s a possible deal-breaker for streamers with the software’s current state.

The BEACN App is still in its beta stages, but it’s easily the most frustrating element. Constant crashes when editing the sound profile, missing tooltips, and near-impenetrable lag when navigating the UI made tuning almost impossible. This could be a deal-breaker for streamers since the Mic’s key selling point is accessing its onboard modules during streams. With the software laggy at best and unusable at its worst, it’s hard to recommend the Mic until these issues are resolved.

It is a shame that the app is subpar because it is one of the most glaring issues that hold it back from being a must-have XLR alternative. The possible level of control is one of the most extensive compared to other USB mics, rivaled only by Shure’s suite of controls.

Users can adjust the level of suppression as stated before, but other features include an expander, a compressor, multiple modes for headphone impedance, and many more. Additionally, users can assign mixes to Mic that viewers can’t hear during streams. On paper, these features should boost the mic’s versatility more than most other USB mics. Until BEACN gets the kinks worked out, Mic is competing while handicapped.

Is the BEACN Mic for you?

Despite the software holding back its potential, the Mic’s sound quality is excellent. The app is regularly updated, so functionality could vastly improve between now and the next few months. Its aesthetics fit right in with various streaming setups, and the sound is among the best in the industry when properly tuned.

But its price of $279, lack of physical dials, and no desk stand pushes the Mic into Shure SM7B and MV7X territory rather than that of an entry-level microphone. Experienced streamers and content creators looking for a new microphone with USB connections could find a new favorite in Mic, but it may be some time before it’s widely adopted.