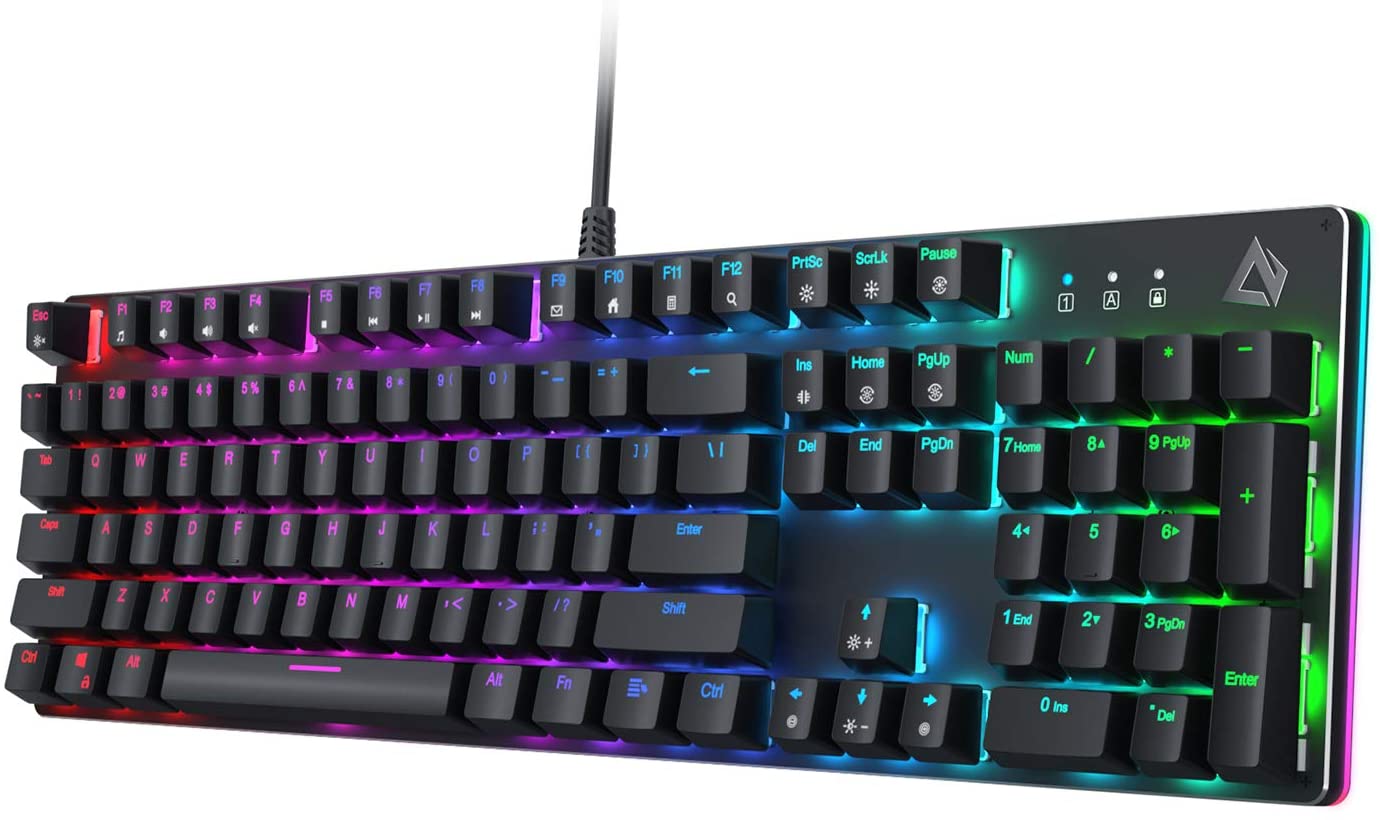 If you haven’t heard of AUKEY in the PC gaming space, don’t fret—the company is mostly known for its power banks, cables, and audio devices.

But the company’s new suite of gaming products, including its GM-F4 gaming mouse and KM-G12 mechanical keyboard, is looking to create an entry point into the world of PC peripherals.

The KM-G12 features RGB lighting, Blue switches, 12 lighting effects, and 104-key anti-ghosting. It’s a bit smaller than most full-size keyboards, which is nice for those who are gaming on a smaller desk space.

Currently listed for $55 on Amazon, the keyboard is a “budget” one in every sense of the word. It’s a solid, cheap option for those not looking to spend $150 or more on one of the gaming space’s more well-known brands. It’s nothing special, but it gets the job done.

The keyboard lacks the responsiveness and clickiness of a higher-end keyboard, but its target audience likely won’t know the difference or care too much about it. It functions as advertised.

The same can be said for the GM-F4 mouse. Also featuring a pulsing, rainbow RGB, the mouse touts a 10,000 DPI optical sensor. The nicest thing about it is that it comes equipped with three side buttons.

For $25, you probably won’t find a nicer gaming mouse. It’s incredibly cheap but performs as you’d expect for a basic mouse. AUKEY’s software also allows for some decent customization, including re-mapping of all eight buttons.

The mouse is on the small side, which lends itself to younger gamers or those who like to feel even more in control when aiming. It’ll immediately be a turn-off to gamers with bigger hands, though.

AUKEY also has a set of Fortnite-themed keyboard caps, which change the keys to immediately help gamers notice what key does what in-game. There are arrow keys to replace WASD and there are even special keys that depict walls, stairs, and other Fortnite-specific keybinds. It’s unnecessary but a cool addition for Fortnite fanatics.

AUKEY’s gaming mouse pad comes in three sizes, including the massive XXL size, which is three feet long, creating a non-slip surface for both keyboard and mouse. It’s a bit extra since any mouse pad will suffice when it comes to the level of gaming that the other peripherals support.

None of AUKEY’s PC peripherals are anything to get too excited about for hardcore PC gamers. But they’re not terrible by any stretch—and for the price, you really can’t complain.

With a mouse and keyboard that can be bought together for less than $100 total, AUKEY seems perfect for someone like a young Fortnite player who’s making the switch from console to PC and looking for an affordable starting point. But for the more dedicated PC players among us, there’s nothing here.