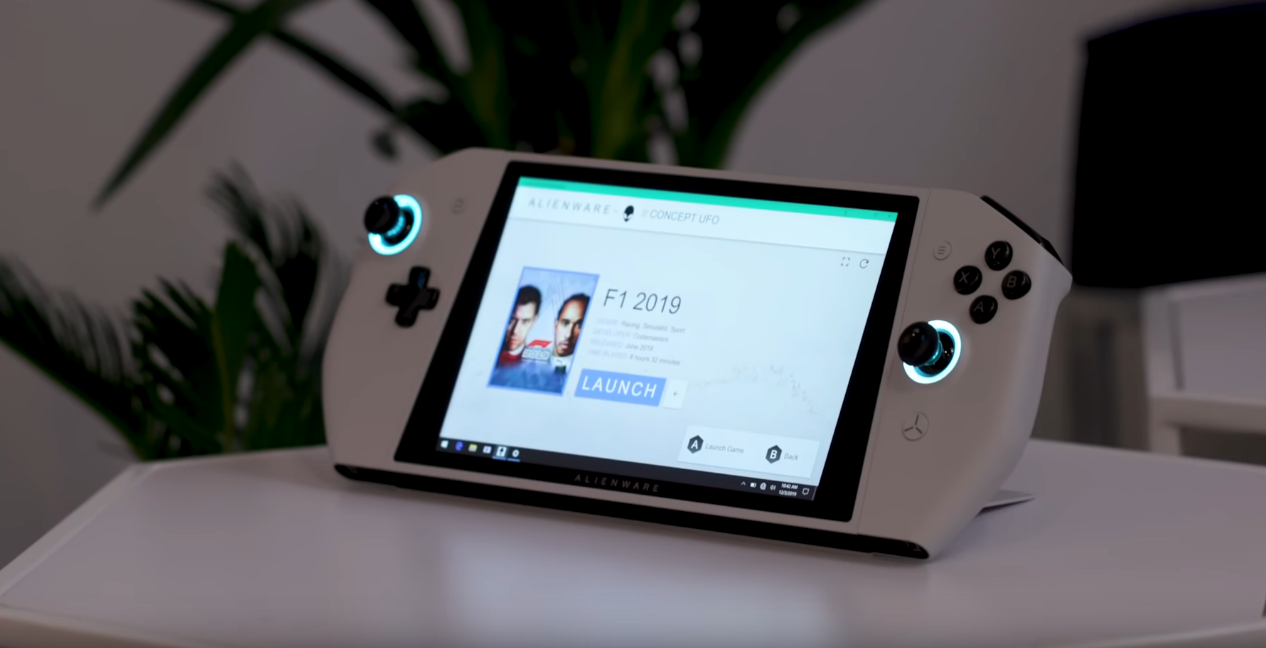 Screengrab via The Verge

The Nintendo Switch proved that graphics-heavy games can be portable while still running at a console level, but Alienware is taking that concept and adding some PC components to put an original spin on the hardware.

An early model for the project, currently known as Concept UFO, was unveiled at CES 2020. It has a case that lines up with Alienware’s signature style that makes it look less like an off-brand Switch and more like an angular tablet with some attachments.

The hardware that was available for viewing and testing at Dell’s display showed off a design that is very similar to that of the Switch, including a detachable set of controllers that slide onto the side of the screen. But the display on Concept UFO is eight inches instead of the Switch’s 6.2, and the controllers can’t be used while detached from the console unless both halves are connected using the middle piece.

The biggest difference between UFO and the Switch is obviously the fact that Alienware’s machine is built to be a mobile PC with similar functionality, which means the hardware benchmarks and performance is going to be quite a bit higher than Nintendo’s console. Dell didn’t elaborate on just what components would be going into the machine outside of the fact it would be running on the Windows 10 operating system.

Since it will function as a full PC, users will be able to download and launch games from any launcher they want, including both Steam and Epic Games. Based on a tech demo from CNET, it appears that once a game is downloaded, a launcher specifically made for the UFO will be able to register the files and instantly have the game queued in one menu regardless of what launcher it originally comes from.

The demo model also had a full kickstand that provided a sturdy base. And it appears that there are some extra ports in the back that will allow for users to connect it to a monitor through HDMI.

There’s no release date set for the UFO, nor is there a predicted price either, though the level of performance and other hardware that are going into this machine will likely have it retail around the price of some of the newer Alienware laptops. The only thing we do know about the hardware is that it is running on AMD Ryzen in some form, thanks to a Tweet from Alienware co-founder Frank Azor.

It doesn’t look like this beast of a handheld will be hitting the market anytime soon. But when it does, it will spark instant competition for the Switch as it provides players with another option for that hybrid mobile experience. We will likely learn more about it during Dell’s CES 2020 presentation too, which begins at 12pm CT on the company’s official YouTube channel.