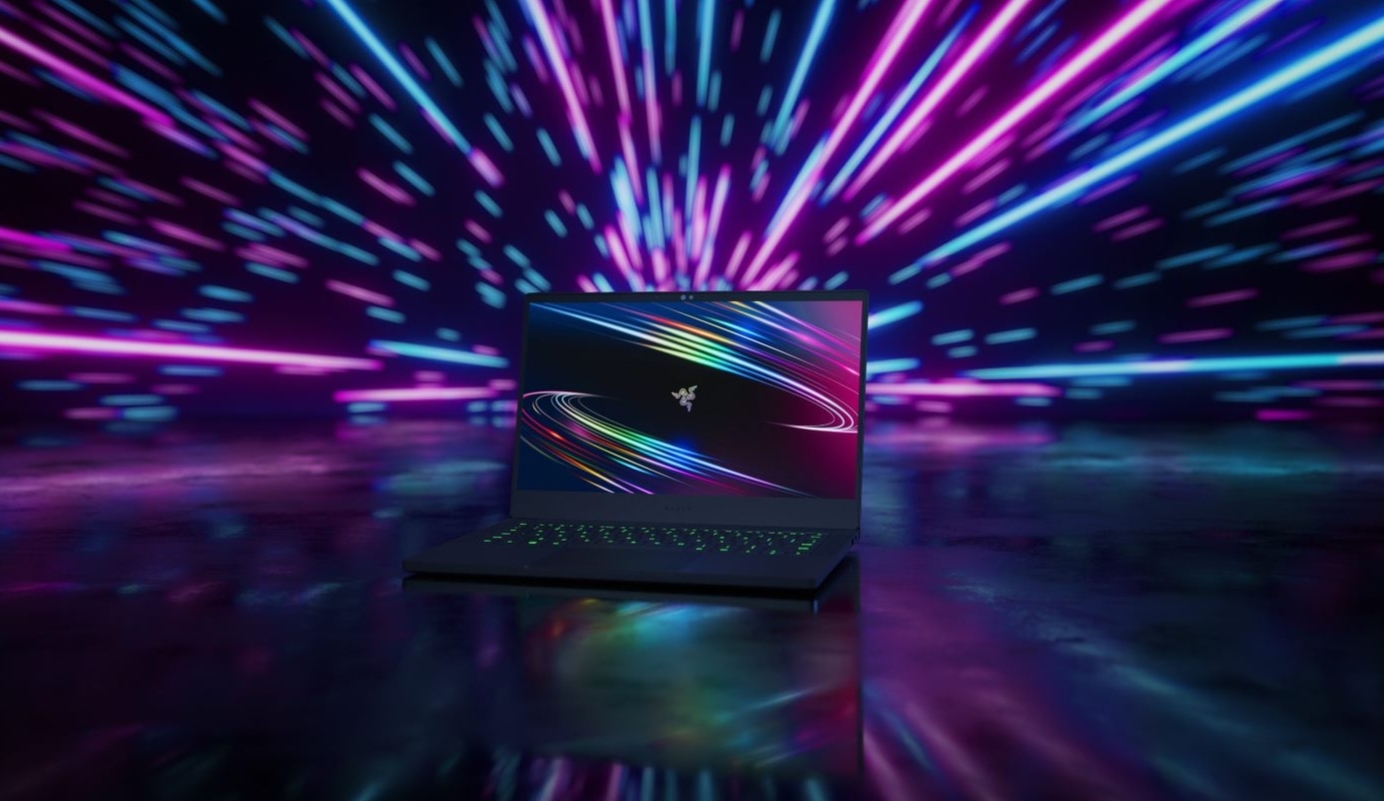 After some stellar laptop reveals during CES 2021, we wanted to get up to speed with Razer’s gaming laptop lineup. The Razer Blade Stealth 13 received an update in late 2020, and while some features impress, others feel out of place.

Looking at the landscape of gaming laptops, there are few options that fit in at an office or café. Gaming laptops tend to have an aesthetic that gives away their identity with harsh angles and bulkier bodies. There are only a handful of gaming laptops that make an attempt to be both presentable and powerful, with the Razer Blade Stealth 13 being one of them.

The Blade series of laptops has seen many iterations over the years. Each update seems to improve in design, but the size is always one of the most impressive aspects of the Blade line. Razer’s flagship line of laptops generally impresses with their slim profiles that hover just under an inch in height. While the Blade Stealth 13 may not be the most powerful in the lineup, it feels like the culmination of Razer’s previous efforts and is somewhat of an anomaly in that it’s an Ultrabook with a major card up its sleeve.

Premium is a fitting word

Razer pared down its design language to an almost Apple-level of minimalism, and the Blade series looks all the better for it.

Unboxing the Blade Stealth 13 was an experience in itself. The elegant anodized black finish and tastefully placed logo give the Blade Stealth a premium aesthetic, and its build quality strikes a delicate balance between strength and portability. An aluminum unibody design helps the Blade Stealth 13 feel sturdy as can be without weighing you down while you’re on the go. Combine the build quality and aesthetics with a total thickness of just .60 inches, and this laptop looks like every on-the-go gamer’s dream.

The Blade Stealth 13 comes loaded with Wi-Fi 6 capability, Bluetooth 5.1, four speakers, a 720p webcam, and a built-in microphone that sounds marginally better than the microphone on Razer’s Hammerhead True Wireless Pro earbuds. The webcam is Windows Hello enabled, meaning you can sign in to your account using facial recognition.

Users will find two USB-Type A ports, two Thunderbolt USB-C ports, and a 3.5-millimeter audio jack. The laptop charges through one of the USB-C ports using the included charger.

Razer clocks the Blade Stealth 13’s 53.1 Wh battery at about nine hours of life, but that’s only accurate for everyday use—not for gaming. One of the first things buyers will need to do is configure the laptop’s power setting through the System tab in the Synapse app. There are three main power profiles: Balanced, Gaming, and Battery Saver. A full charge on Balanced mode will get you about 45 minutes worth of Overwatch before you’ll need to charge.

As it goes with any gaming laptop, users will want to be next to a power outlet for extended gaming sessions. Gaming mode is only accessible when plugged into a power source and should be the go-to choice when plugged in due to its prioritization of performance. The System tab is also where the fan controls are located and can be toggled from auto to manual to meet the user’s desired speed.

Both the touchpad and the keyboard feel stellar. The keys themselves require 63 grams of force to click, making them fairly weighty and tactile. For reference, the wildly popular Cherry MX Blue switches take about 50 grams of force to click. While the switches on the Blade Stealth 13 don’t feel clicky, they still have significant weight to them. The 63-gram click force gives the keys a sturdy and responsive feel.

Razer’s Chroma-powered RGB lighting makes an appearance but doesn’t allow for per-key lighting. There are four presets to choose from: Breathing, Audio Meter, Spectrum-Cycling, and Static. None of these options are particularly impressive, but it wouldn’t be a Razer product without some added RGB bells and whistles.

The Blade Stealth 13 has THX Spatial Audio capability, but it’s never really on display, especially not on the speakers. Users will get a good amount of power from these speakers, but they’re light on bass and a bit sibilant at times. The included speakers are decent for a laptop but understandably can’t provide the same power as desktop audio solutions.

Speed on-the-go comes at a cost…

The 13-inch 120Hz display is easily the most impressive feature of the Blade Stealth 13. This display dazzles with surprisingly flexible viewing angles and an anti-glare finish that make it easier to position yourself in cramped or bright spaces. Gaming on this display is surprisingly comfortable despite its compact size, and that feeling translates across many titles. From Overwatch to State of Decay 2, this display provided the speed necessary for competitive gaming while presenting game worlds in stunning fashion. The ability to play competitive titles on a laptop of this size with a 120Hz display is somewhat liberating. It doesn’t feel like a tradeoff between size and performance—you get a balance of both for an Ultrabook.

Like most gaming laptops, users will experience a bit of heat and some noise from the fans. Standard non-noise canceling earbuds or headphones will drown out most of the noise. There were a few instances where the heat became noticeable, however. Overwatch generally played nicely with the Blade Stealth 13, but it also ramped up the heat on several occasions. Despite the heat, the CPU stayed about 20 degrees Celsius below its thermal limit while under load.

Now for the big caveat: the price.

The Blade Stealth 13 was the first to introduce a 13-inch 120Hz display in an Ultrabook, and its price reflects as much. Because of the steep price tag, it’s challenging to overlook one of this laptop’s weaker elements. While a 512GB NVMe M.2 drive sounds like a fair amount of storage for an Ultrabook, it’s not that large considering how bloated games have become in recent years. Call of Duty: Warzone, for example, takes up about 170GB for just a few game modes. The 512GB drive might fill up quickly for users planning to use this laptop as a workhorse and gaming machine. For this asking price, it would have been nice to have a more forward-thinking amount of storage.

…but it doesn’t have to

An unfortunate parallel is the disparity in price between the Blade Stealth 13 and the similarly specced Asus ROG Zephyrus G14. The Asus option undercuts Razer’s by several hundred dollars when both products are at full price, and it packs a bit more power. Despite everything the Blade Stealth 13 does right, its price could make it a tough sell if you’re not in love with the one-of-a-kind aesthetic and build.

Some buyers may be able to look past the price tag due to the overall phenomenal feel and design of the Blade Stealth 13. Impeccable design aesthetics are a huge factor in what makes Apple widely appealing. While Razer isn’t advertently taking a shot at Apple’s crown, this laptop closes the design gap. Aesthetics and feel are important in determining the quality of a product. Conversely, the internals of a product and its relation to its peers are also large players in defining a product’s value.

The bottom line is the Razer Blade Stealth 13 is a solid performer with a truly amazing design, but it punches just above its weight in terms of price if the design isn’t enough to hold your attention.