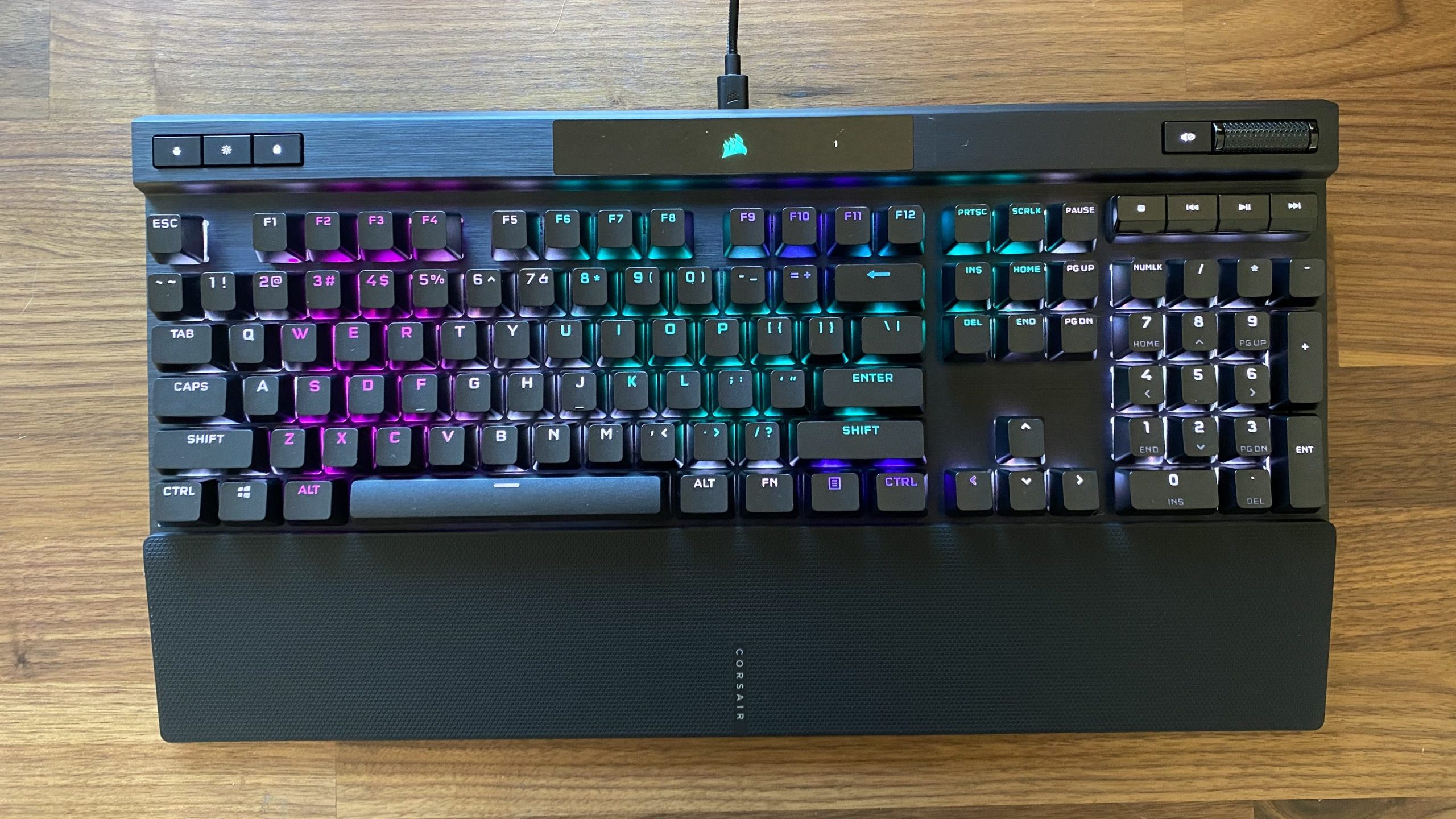 After introducing its AXON Hyper-Processing technology in 2020, Corsair rolled out its responsive new tech throughout its lineup. With the K70 RGB TKL Champion Series and Sabre RGB Pro Champion Series mouse leading the charge into the competitive gaming scene, the newly refreshed K70 RGB Pro is looking to make its case for being the most competent all-rounder on the market.

Following in the footsteps of the previous AXON products, the K70 RGB Pro features modern aesthetics and features but AXON itself is the only addition that falls flat.

The K70 RGB Pro has a feature set about as long as its name. Corsair loads this keyboard with everything in its repertoire. Aside from the AXON Hyper-Processing, the K70 RGB Pro features doubleshot PBT keycaps, a magnetic wrist rest, volume rocker, dedicated media keys and hotkeys, detachable USB-C cable, tournament switch, onboard storage for up to 50 profiles, and macro recording. Switch choice is another feature but will come down to user preference. Lastly, to top things off, the bottom of the board boasts six-way cable routing.

Looking at one of the K70 RGB Pro’s biggest selling points, AXON Hyper-Processing provides gamers with a 4,000Hz keyscan, meaning it can detect keystrokes four times faster than standard keyboards. The technology also sends those keystrokes about eight times faster with a polling rate of 8,000Hz. Corsair claims this drops latency to 0.25 milliseconds.

A big win for almost any gamer is the addition of a standard bottom row of keys and doubleshot PBT keycaps. Having access to a standard bottom row opens up more customization options and is overall a sign that Corsair is dedicated to keeping up with the times. Likewise, the doubleshot PBT keycaps are a modernization that seems small but make a noticeable difference when it comes to shine reduction and overall durability.

The inclusion of a tournament switch and detachable USB-C cable adds a layer of convenience to the otherwise bulky form of the K70 RGB Pro. This one seems small but saves a lot of frustration in rearranging your setup or taking your keyboard on the road to tournaments. The tournament also adds convenience by disabling macros and changing over the RGB to a solid red glow.

The K70 RGB Pro also ships in several Cherry MX switch varieties. Options include Cherry MX Red, Blue, Brown, Silent Red, and Speed Silver. To each their own, but Cherry MX Reds are a decent beginner switch that will net users a responsive gaming experience.

Corsair is decidedly one of the more “gamery” companies out there. From the brushed aluminum top plates to the diamond plate steel-patterned extra keycaps, Corsair’s past is filled with in-your-face aesthetics that don’t always age well. The K70 RGB Pro retains some of the typical design elements, like the volume rocker and the brushed aluminum top plate, but implements them with a bit more grace. This is essentially the K70 RGB TKL Champion Series’ older sibling who is a bit late to the party.

Conversely, all work and no play make everything a bore—this is where the RGB comes into view. Having the option to deck out the more mature-looking K70 RGB Pro in vivid RGB lighting should scratch the itch for those who miss the more forward designs of Corsair keyboards past.

How fast is too fast?

The major selling point here is the AXON Hyper-Processing, but it also falls a bit flat. While Corsair backs its claims with research—as does Razer’s hyper-polling tech—the difference isn’t noticeable in-game. For being eight times faster, it still feels the same as a 1,000Hz keyboard. While that’s somewhat a knock on AXON, it isn’t a criticism of the K70 RGB Pro itself.

Using Cherry MX Red switches, the K70 RGB Pro feels light on its feet and responsive at every turn. There’s nothing to write home about in terms of groundbreaking performance, but it is a capable workhorse with the right switches. Switch choice is key, so don’t skimp out on research if you’re looking for your first mechanical keyboard.

Generally speaking, it’s always a bit of a buzzkill when key features don’t quite live up to the hype. Buyers will have to navigate this themselves since 8,000Hz polling performance is more subjective than anything else at this point.

To address concerns about AXON and CPU usage, there didn’t appear to be a ding in performance when testing with an Intel i7-9700K. Using an 8,000Hz polling rate on a mouse can ding CPU usage depending on the CPU, but testing AXON on a keyboard didn’t cause any issue in this case.

When larger selling points fall flat, looking to the smaller features and details can offer saving graces, which is the case with the K7 RGB Pro. Looking to the doubleshot keycaps, detachable cable, and dedicated media keys and hotkeys, there’s a strong case for the K70 RGB Pro being one of the better all-rounder keyboards on the market. 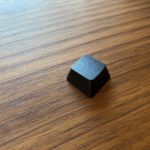 Having doubleshot PBT keycaps is becoming the norm across all major peripheral manufacturers but some do it better than others. Corsairs PBT keycaps aren’t as textured as Razor’s; however, they provide a non-intrusive feel when gaming and typing. The keycaps avoid a harsh pinging noise when typing on a deskpad but play into the K70 RGB Pro’s more rattly stabilizers when on a hard surface.

One of the biggest conveniences peripheral manufacturers can include in keyboards is a detachable USB-C cable. The detachable USB-C cable transfers data faster, carries more power than other connection types, is easier to plug in, and offers a degree of futureproofing. With Corsair joining the USB-C fold, Logitech is the only company left outside the club. Logitech added USB-C into the G303 Shroud Edition but HyperX, Razer, and Corsair have beaten the blue giant to the punch by miles. 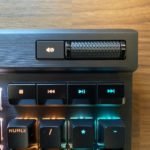 Having access to media keys and hotkeys is an easy way to score points with users looking for a bit more versatility in their keyboard. The only issue with these buttons is that they have an inconsistent feel from one another. Hotkeys feel more like chiclet keys, whereas the media keys range from being mildly snappy to squishy in the case of the forward button.

Smaller features that offer more flexibility include the cable routing on the bottom of the keyboard and the dual-layer flip-up feet. Both of these additions offer users more wiggle room in how they use their keyboard and may help if desktop space is a concern.

Is the Corsair K70 RGB PRO for you?

If you’re looking for a fresh take on Corsair’s K70 formula, the K70 RGB Pro is an easy pick. With all the modern bells and whistles gamers expect from a keyboard, the K70 RGB Pro delivers on a pure gaming experience, regardless of AXON’s presence.

Aside from some minor gripes like somewhat rattly stabilizers, Corsair’s K70 RGB Pro is arguably one of the best all-rounder gaming keyboards available and goes toe-to-toe with Razer and HyperX. For those in the market for a new full-size workhorse, the decision will likely come down to brand loyalty. Corsair’s K70 RGB Pro is available now for $159.99 USD, or $222.26 AUD.