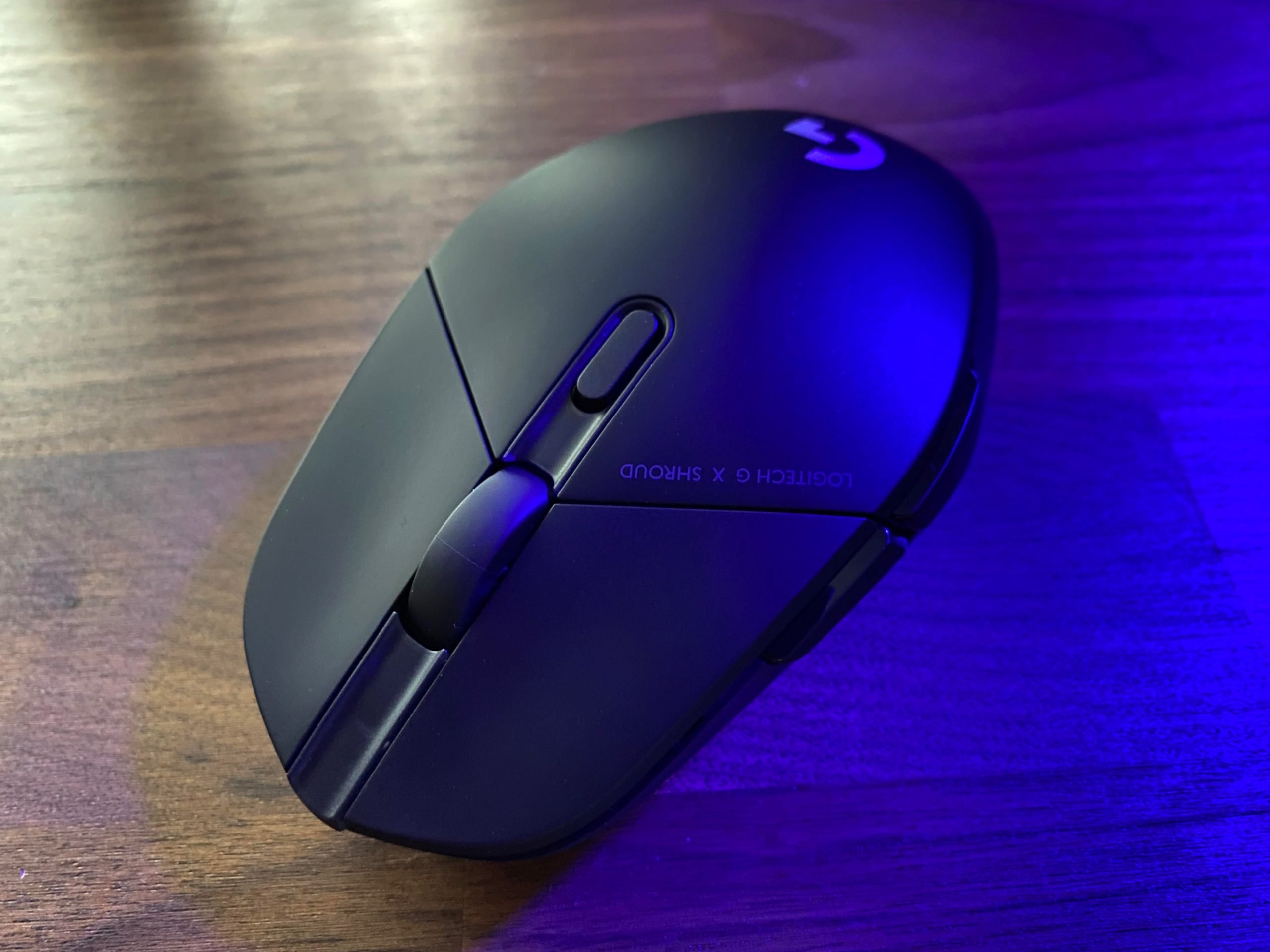 Gaming mice have stalled out in their pursuit of all things lightweight. The industry continuously delivers the ultralight gaming mice players crave but with little variation. Logitech is aiming for a happy medium of comfort, performance, and weight with the new G303 Shroud Edition.

The original G303 Daedalus Apex released in 2015, packing many cutting-edge features into the older G302 design. A 12,000 DPI PMW3366 sensor, a metal spring tensioning system for consistent clicks and limited pretravel, and obligatory RGB lighting, made up the core design. But with the uniquely versatile shape of the G302, the G303 Daedalus Apex soon gained a loyal following.

Now, that same following is finally getting an updated G303 via the G303 Shroud Edition. Logitech G’s refresh of the cult classic was designed in conjunction with FPS streamer Shroud to meet his specifications. But while the newly remastered mouse still lends itself to most grips, the G303 Shroud Edition doesn’t feel like an ideal beginner’s mouse. Beyond the host of modernized features, the button placement and claw-centric shape of the G303 Shroud Edition can be a polarizing experience.

Logitech G’s G303 Shroud Edition was designed in collaboration with shroud and alters the G303 formula slightly. The 74-gram mouse features a five-button design and all of the usual Logitech inclusions: Lightspeed wireless technology, zero-additive PTFE mouse feet, 70 hours of battery life, and the ever-reliable HERO 25K sensor. On top of the typical offerings, Logitech G is finally implementing USB-C into its gaming mice.

Coming in at 74 grams doesn’t land the G303 Shroud Edition in the lowest of the contemporary ultralight crowd, but the weight still feels modern enough. It doesn’t go overboard like SteelSeries’ 57-gram Aerox, but it doesn’t have the brickish feel of a G502.

Having zero-additive PTFE mouse feet is practically a given at this point. Every company in the game has some form of virgin PTFE mouse feet facilitating their glide. While it’s always nice to see, PTFE mouse feet should be considered a mainstay of modern gaming mice.

Along with being light on its feet, the G303 Shroud Edition uses Logitech’s Lightspeed wireless technology to eliminate cable drag. The 1,000Hz polling rate, one-millisecond response time and the Hero 25K sensor — which has featured in the G502, G403, Pro Wireless, G903 and the G Pro wired mice — guarantees reliable, top-tier performance.

Rounding out the core feature set, the G303 Shroud Edition uses a USB-C connection for charging and wired play. The inclusion of a USB-C connection is a big win for many gamers and reviewers who have often pointed out Logitech G’s lack of willingness to incorporate USB-C into its mice. USB-C was disappointingly absent from the Pro X Superlight despite its premium price, so seeing it here paints a promising outlook for future releases.

As a bonus, there’s a nifty little storage compartment for the USB wireless receiver. It’s perfect when working or gaming on the road, although there’s always the longer term issue of the compartment getting jammed.

A cult classic with less flair

At a glance, the G303 Shroud Edition doesn’t leave a lasting impression like the G302 Daedalus Prime or G303 Daedalus Apex. Buyers get a standard black mouse shell with a silvery Logitech G logo on the hump. Aside from “LOGITECH G X SHROUD” being scrawled just under the left mouse button, there’s not much to write home about in terms of visual flair.

Looking at the sidewalls of the shroud and Logitech G’s joint effort is where things get slightly more interesting. Logitech G and shroud ran with a smoky translucent design for the sidewalls that works subtly to help the mouse stand out. However, long-time G303 fans will recognize the absence of the G303 Daedalus Apex and G302 Daedalus Prime’s RGB lighting on the sides. While RGB is an understandably contentious topic, its absence does raise an eyebrow considering the steep price tag.

Just on looks alone, not everyone will find the G303 Shroud Edition practical. While it has the hype of a mega-streamer behind it, the shape is distinct and might be somewhat demanding for newcomers who haven’t dialed in their grip preference.

The rear of the mouse tucks nicely to the palm while the fingers naturally slot right into the grooves of the mouse buttons. It’s basically perfect for claw grip users.

Palm or fingertip users, however, will have more difficulty with the G303 Shroud. Using a palm grip is uncomfortable in general but will likely be worse for users with smaller hands due to finger placement. Taking on a fingertip grip is also difficult given the mice’s width, which makes it harder to reliably reach the side buttons.

Put simply, if you don’t claw, this most likely isn’t for you.

Despite being comfortable with a claw grip, the side buttons were an issue. The G303 Shroud Edition’s side buttons are placed fairly high up compared to a standard gaming mouse, and the mouse itself is slightly larger than the original. Because of this slight adjustment, the side buttons can be hard to reach if you’re not used to the G303 design.

The saving grace here is the side button sensitivity. Actuating the rear side button with the back end of your thumb is easy, but it will take some discipline to keep your thumb at the ready. There were plenty of times where allowing the thumb to fall out of position cost a round. Of course, none of this is an issue if you don’t plan on relying heavily on the side buttons. However, if you rely on side buttons for utility, this could require some extra effort or a second thought.

Why is this not a paracord cable?

Logitech G stepped it up with the USB-C connection, there’s one oversight that remains–where is the paracord? Every company has an answer to paracord cables that help reduce cable drag and offer a flexible alternative to rubberized cables. With the price of this mouse almost touching the G Pro X Superlight, the omission of a better cable option sticks out. While cables clearly aren’t a focus for Logitech G or shroud, this seems like a definite miss since it feels awful to play with while charging.

Logitech G’s G303 Shroud Edition is a wireless and minimalistic revamp that many G302 and G303 fans will enjoy. The shape is more polarizing than most, but Logitech have made a convincing case with the median weight, wireless comfort, and design for claw grip users.

The only real issues with the G303 Shroud Edition are the lack of RGB, the stiffness of the cord and the mouse’s less versatile shape. No one issue is a dealbreaker by itself, but they’re all worth factoring in if you’re going to spend $129.99 US, or $249.95 AU, on a mouse.