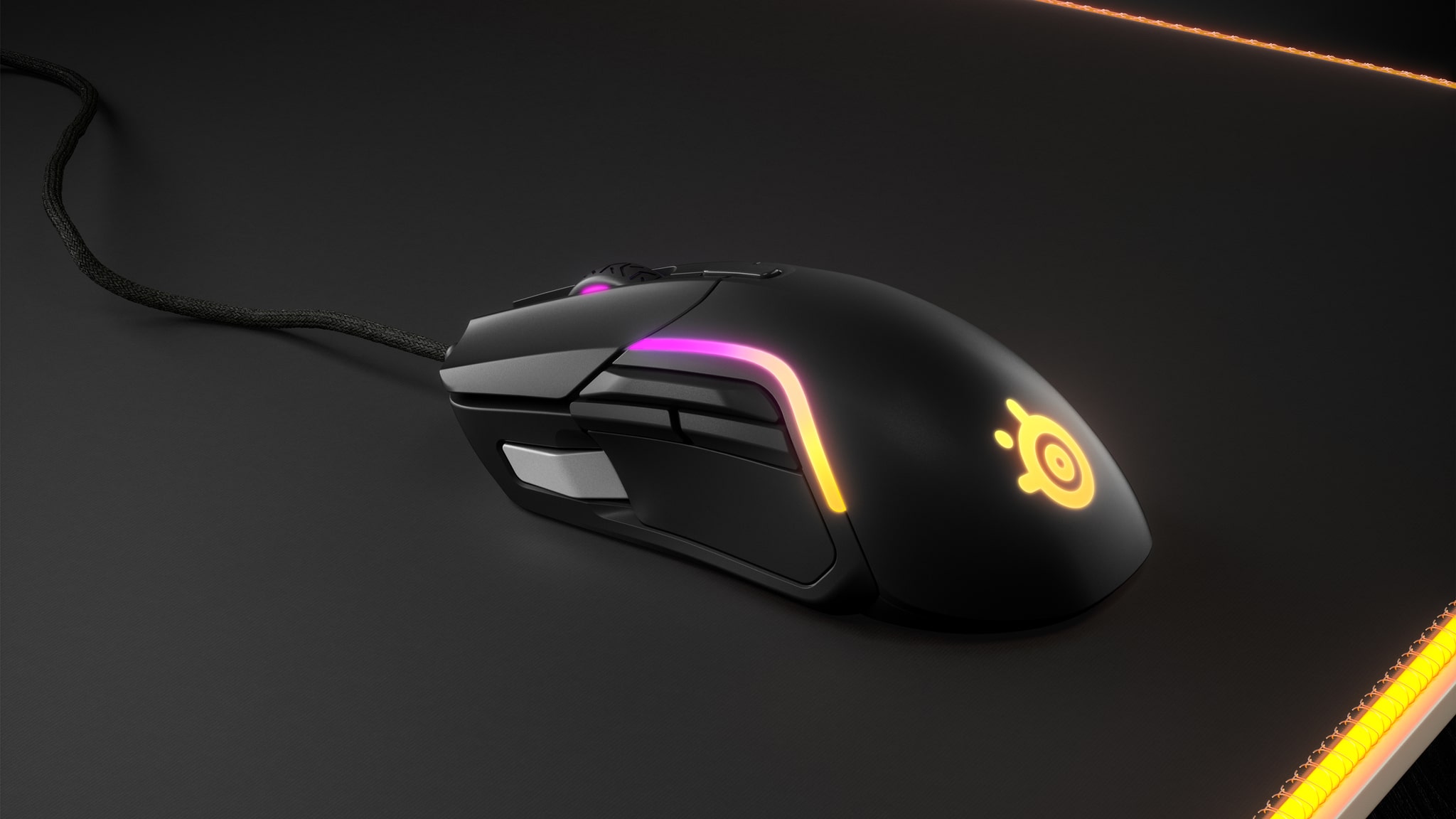 The top of SteelSeries’ Rival 5 packaging reads “pros have won more prize money with SteelSeries than any other brand.” With a statement like that blasted atop the newest Rival’s box, this mouse had its work cut out for it. SteelSeries delivers on the hype with its latest update to the Rival line of gaming mice.

The Rival 5 is one of the best multipurpose gaming mice around, but there are a few design quirks that just barely miss the mark.

SteelSeries’ Rival 5 is a right-handed gaming mouse featuring nine programmable buttons and an 85-gram weight. Having nine programmable buttons provides users with more flexibility than a Glorious Model O or Logitech G Pro X Superlight. While some users may not need the extra buttons, they’re sure to come in handy for users that value a little more utility in their peripheral lineup and find themselves hopping from genre to genre.

The Rival also features a TrueMoveAir sensor capable of one-to-one tracking and a maximum CPI of 18,000. SteelSeries TrueMove Air sensor has a tracking speed of 400 IPS and an industry-standard 1,000Hz polling rate.

The mouse one and two buttons on the Rival 5 feel sturdy, snappy, and responsive. These mouse switches feel heavier than the Logitech G502’s and have a slightly deeper tone to their clicks. Despite the weighty tone, most mouse buttons feel fairly light but not as delicate as a G Pro X Superlight.

Each side button on the Rival 5 feels and sounds slightly different from the other. There’s a small amount of wobble in the mouse eight button but none in the mouse nine button that sits right behind it. Both buttons feel slightly heavier than the mouse one and two buttons and produce an even deeper, more dampened click. The mouse six and seven buttons that sit above the mouse eight and nine buttons barely make a noise. At first, these discrepancies are a little off-putting, but as you spend more time with the mouse, the differences in sound and feel help indicate which buttons you’re pushing.

The layout of the five side buttons on the Rival 5 left our reviewer with mixed feelings. On one hand, the flexibility offered by the side buttons makes gaming across different genres more comfortable. On the other hand, some of that flexibility might not be accessible to some users because of the button placement.

The initial learning curve regarding the placement of these buttons tripped our reviewer up quite a few times. Aside from the mouse five button, having the longer mouse six and seven button sit right above the mouse eight and nine buttons caused several misclicks when our reviewer first started using the Rival 5. After an adjustment period, the experience became much more comfortable.

SteelSeries made the Rival 5 to fit most grip styles, and it shows for the most part. Our reviewer preferred using the Rival 5 with a claw grip since it helped them reach the mouse five button easily. Using a palm grip is also comfortable, but you’ll have to move your hand farther up the mouse to reach the mouse five button. The same goes for using a fingertip grip. Using such a deep grip might be uncomfortable for some users.

For reference, our reviewer’s right hand measures 7.7 inches (19.5cm) in length and 4.1 inches (10.4cm) in width, categorizing their hand within the medium to large range. If your hands are slightly less in length, you may have difficulty hitting the mouse five button. Aside from this hiccup, the Rival 5 achieves a high degree of comfort with palm and claw grips.

The Rival 5 features some of the smallest and thinnest mouse feet our reviewer has seen in a while. Having smaller mouse feet isn’t a crime, but when combined with the slightly heavier 85-gram weight, the Rival 5 doesn’t glide as well as it could. Users won’t experience any bumpiness or scratching, but the Rival 5 feels noticeably slower than other modern gaming mice, and flicks are slightly sluggish. The trade here seems to be more control for less speed, which isn’t inherently harmful, but it won’t be for everyone.

Another area where the Rival 5 could use some improvement is the Super Mesh cable. SteelSeries’ proprietary cable feels similar to a newer razer Speedflex cable and is stiffer than Corsair and ROCCAT cables. There was a bit more drag than our reviewer has become accustomed to with other gaming mice cables. The Super Mesh cable broke in a little more throughout testing, but it’s still on the stiffer side. Our reviewer recommends keeping a good length of the Super Mesh cable on your desk to avoid additional drag.

Aesthetically speaking, the Rival 5 is a stunner. The RGB lighting is vibrant and borrows from the Rival 600 lighting pattern. The two strips on each side of the mouse feature four zones of addressable lighting. Users can also customize the logo and scroll wheel, bringing the total amount of RGB zones to 10. Thanks to the smooth diffusion, the lighting here is more impressive than on most gaming mice.

Another easily overlooked feature is the textured matte finish. The Rival 5’s finish does a solid job of repelling oil and preventing fingerprint collection. Even after hours of testing, the Rival 5 looked fresh out of the box. If you’re someone who hates unsightly oil buildup and fingerprints, the Rival 5 is worth a look.

SteelSeries’ Rival 5 is a Swiss Army Knife-like mouse that performs well across any genre despite a few minor design hitches. The stiff cable and smaller feet could use some love in the next Rival iteration, but neither will get in the way of your game. Aside from the mouse five button being a bit too far forward for our reviewer’s liking, the amount of mouse buttons and their placement make the Rival 5 a viable option in almost every genre.

Considering the Rival 5’s competitive price, this mouse is an easy and rare “take my money” recommendation. If you’re looking for a mouse to use in competitive gaming and more casual single-player experiences, the Rival 5 is a surefire bet that won’t let you down.