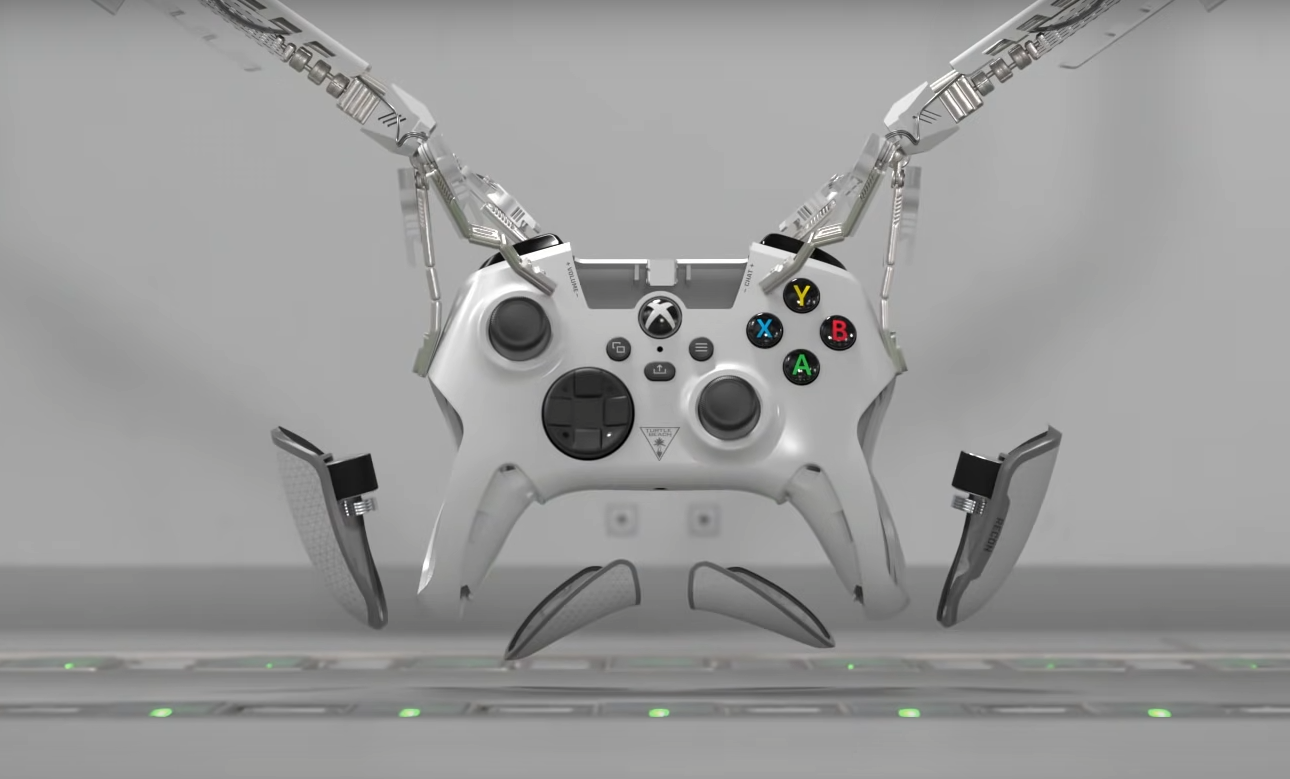 Turtle Beach is primarily a gaming audio company that occasionally dabbles in other avenues. With a reputation for providing quality audio at an affordable price, the brand offers many gamers their first gaming headset. Turtle Beach is aiming to expand its horizons to other corners of the peripheral market, and its prospects look bright if its newest release is any indication.

The Recon Controller brings players a new Xbox and Windows-compatible controller with a wide feature set and a budget-friendly price tag. While it isn’t wireless, the Recon is easily one of the best third-party Xbox and Windows controllers available. The cracks only show when held directly next to the original.

Similar to most controllers, what you see is what you get regarding layout. The Recon Controller is a wired controller featuring the standard Xbox button layout and a detachable USB-C cable. The Share button, View button, Menu button, and Xbox button are all front and center as usual. Similarly, the X, Y, B, and A buttons are all in the typical places, along with the D-pad and thumbsticks. The triggers are where the controller begins moving beyond the norm.

Turtle Beach’s Recon Controller features the basic LT and RT triggers with the RB and LB shoulder buttons above, but there are two additional buttons under the triggers on the back of the controller. These are called Left Action and Right Action buttons. The left button can be programmed to any other button, while the right button is the Pro-Aim button, which toggles the sensitivity of the right thumbstick when held.

The Recon has several other tricks up its sleeve that are accessible through the feature and audio controls above the Xbox button. From this interface, players can control an impressive amount of settings. Mic monitoring, volume, EQ settings, Superhuman Hearing, button mapping, Pro-Aim, and chat volume are all easily controlled from this small interface.

As with most Xbox controllers, the Recon features a 3.5-millimeter port for your headset or headphones. Using this port is how players will gain access to the majority of this controller’s selling points.

The main draw of the Recon Controller is its audio features. Popping in a 3.5-millimeter headset or headphones and playing around with these features feels intuitive and handy. Using the extra bells and whistles looks a lot more intimidating than it is, and the added convenience of having audio controls at your fingertips on PC feels almost luxurious.

Superhuman Hearing is the most notable audio feature. Turtle Beach developed Superhuman Hearing to give players an edge in information-gathering with the intent to boost their reaction times. The tech is supposed to amplify the most important audio details but instead just feels like a volume boost. You’ll hear everything, but you’ll sometimes wish you hadn’t. Ambient noise is also amplified along with those crucial sound cues, so there’s not too much merit in it aside from “wait, what was that?” moments when turning up the volume would help. In that regard, it’s handy but not quite superhuman.

EQ settings feel more successful as a whole. Signature Sound is by far the most balanced of the four presets, with a full sound that doesn’t trip over itself in being too bright or too warm. While the Bass Boost is weighty and warm as expected, the Bass and Treble Boost EQ is on the flat end.

Having access to other audio controls like volume and chat makes the Recon comfortable to use. While inline and on-ear audio controls are a welcome addition to any headset, having these controls right at your fingertips makes it easier to fine-tune your audio on the fly. Not having to take your hand away from the controller to adjust volume settings is freeing and feels somewhat similar to the experience of the Glorious GMMK Pro’s rotary encoder knob.

Turtle Beaches Recon also adds button mapping, four onboard profiles, and Pro-Aim adjustment. With so many features, it would normally begin to feel like this controller was bloated. But the Recon never feels like you’re getting too much useless utility. Instead, each feature feels well thought-out and provides actual functionality.

Button mapping feels particularly easy, thanks to a simple process relayed in a digestible manual. There are no head-scratching moments while programming. Keeping the manual handy will ensure customization goes smoothly. It’s a simple undertaking that makes customizing different profiles a breeze and allows for quick experimentation.

One feature that feels largely situational is the Pro-Aim button. Many PC gaming mice have a DPI shift or toggle that allows players to change their DPI on the fly. Pro-Aim essentially acts as a DPI toggle with four different settings that dial back the right thumbstick’s sensitivity. While this is a nice bonus feature, it never felt viable outside of sniping. Any other mid to short-range use was fairly difficult.

Sniping in Call of Duty: Modern Warfare with Pro-Aim was a pleasant experience. It never felt like Pro-Aim was the difference between hitting the shot or not, though. With time, players might develop a reliance on the feature, but it probably won’t do anything magical for your ranged game.

How does it compare to a standard Xbox controller?

The most noticeable and most detrimental disparity between the two controllers is the RB and LB shoulder buttons. While the original’s shoulder buttons are snappy with a bright click to them, the Recon’s have a noticeable amount of pretravel that takes some getting used to. It will likely cause some stumbles out of the gate but can also be remedied by reassigning the RB and LB buttons to the Action buttons on the back of the controller.

Other differences include a less clicky D-pad, more textured analog sticks with shallower indentations, and more textured triggers, shoulder buttons, and grips. These design elements neither help nor hinder in game-changing ways, but they’re notable for players coming from a standard controller. The Recon’s grips stay cooler for longer than the originals, which backs the marketing up and provides a bit more comfort than the original.

Turtle Beach’s latest audio offering takes an impressive run at the controller market. It’s rare to find a third-party controller with this many features that doesn’t suffer from a glaring flaw or two. While the Recon Controller has its quirks, its price tag more than makes up for any small learning curve that may come with moving away from a standard Xbox controller.

Adjustability and customization are the stars of the show here. Having so many audio and layout settings at your fingertips without using additional software is convenient in any game. While Superhuman Hearing doesn’t do much to impress; it has its uses when you need that extra bump in volume without moving your hand from the controller.

If you’re looking to move away from a standard Xbox controller, the Recon Controller is a worthy option despite being wired. Turtle Beach succeeds in providing players with a fully-featured Xbox alternative that excels in flexibility and adjustability.