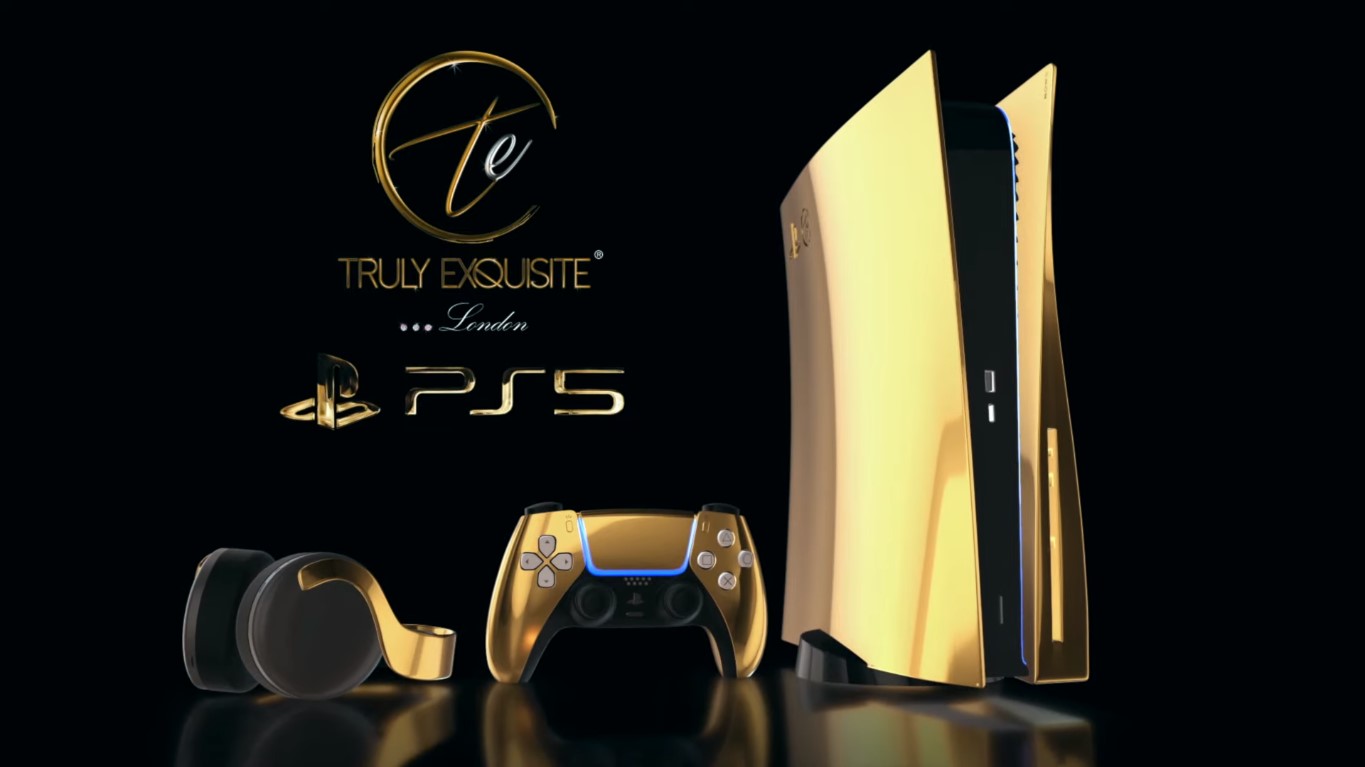 Before Sony even allowed the general public to pre-order its next-gen console, the PlayStation 5, British Luxury customizing brand Truly Exquisite announced the pre-order option for a 24K gold PS5.

Sony hasn’t announced the normal version’s price yet and Truly Exquisite only revealed the prices of the already customized PS5s. The platinum-covered disc PS5 has the highest price at £8,299, which converts to around $9,780.

When the PS4 was released in 2014, the console also received a 24K-covered version from Gatti Luxury Lab, priced at an absurd $14,000. Incredibly, the golden PS5 will cost less than its predecessor’s golden version.

The offer is compatible with the demand. These are limited edition consoles with only 250 pieces made per model. But the company does offer free worldwide shipping and insurance.