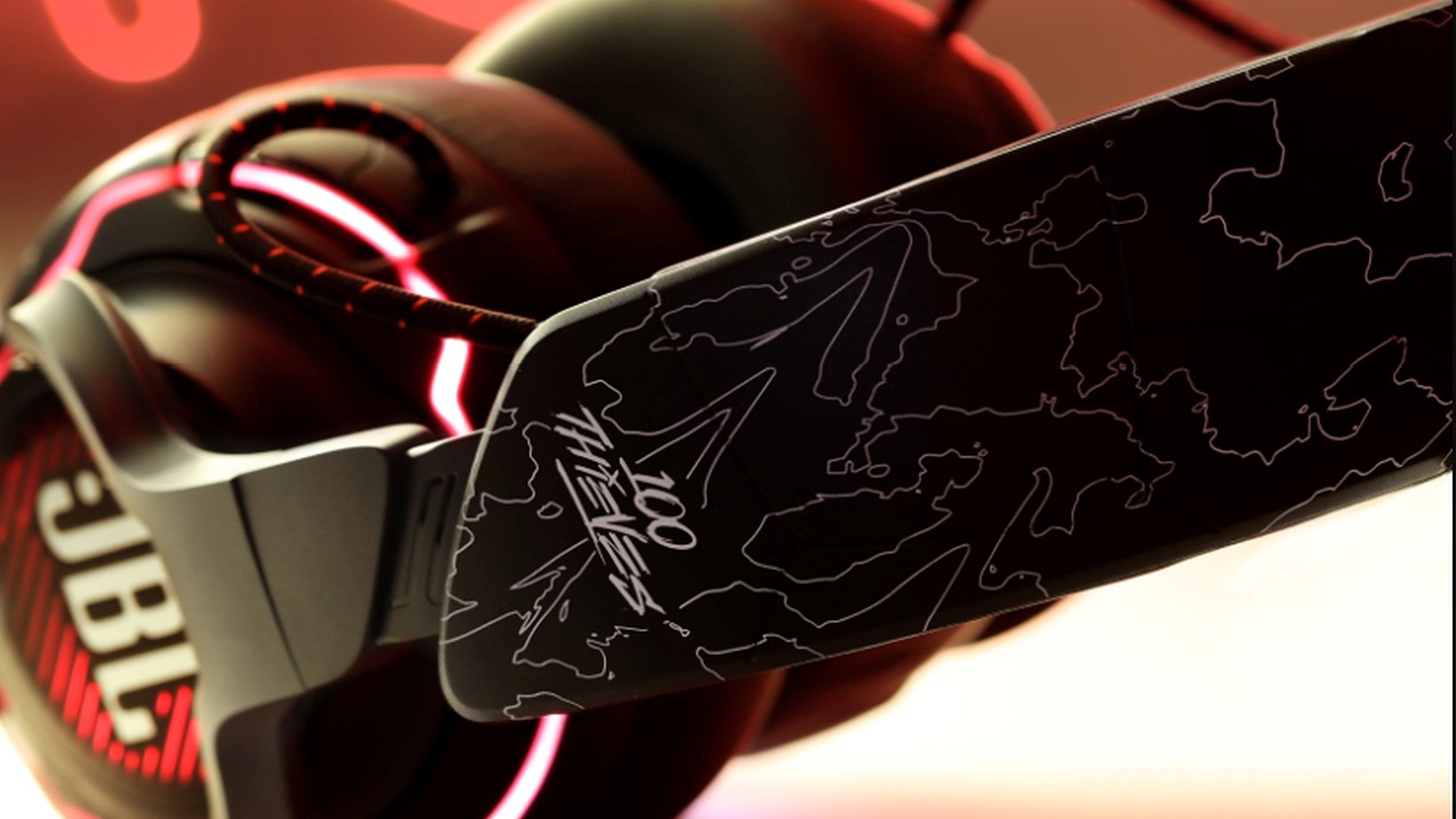 JBL and 100 Thieves have a partnership dating back to 2020, but March 24 marks their first major collaborative effort. 100 Thieves is taking over the JBL Quantum ONE headset with a unique skin that’s only available via DropX and won’t be around forever. Once it’s gone, it’s gone.

Taking the new collaboration headset for a spin highlighted what makes the JBL Quantum ONE worth the exorbitant price tag while also providing a fair amount of style to admire when not in use. Still, it’s likely that most people don’t need some of the core features that set the Quantum ONE apart from other high-end gaming headsets.

What’s in the box? 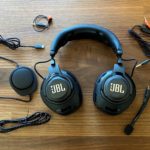 The 100 Thieves iteration of the JBL Quantum ONE headset features everything the original does. Included in the box are the headset, a detachable microphone, 3.5-millimeter audio cable, calibration microphone, windshield foam, a USB-C to A cable, and a Game / Chat balance dial.

Looking at things a bit closer, the Hi-Res certified 50-millimeter drivers are backed by the many adjustable options in the JBL QuantumENGINE. Here is where you’ll gain access to core features like QuantumSPHERE 360, which is JBL proprietary 3D audio engine. Also included is DTS Headphone X: v2.0. Head tracking is also an option via the QuantumENGINE software. 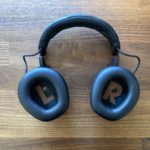 Putting the headphones to the test in terms of comfort, the Quantum ONE is sturdy in hand and doesn’t quite feel like a lightweight headset at 369 grams, which is just over the Logitech G Pro X headset. The headband doesn’t dig in too much, but it can feel a bit intrusive over time. Not everything feels like a compromise, though.

The JBL Quantum ONE has some of the most comfortable earpads around. JBL uses soft leather and memory foam for the ear cushions, and these materials stand up to hours of gaming. Some sweat can gather over longer periods of use, but the earpads stay fairly cool for the most part. It really helps balance out the weight of the headset.

While this isn’t directly related to physical comfort, the controls on the earcup are easy to get lost in at first. On the left earcup are controls for volume, active noise cancelation controls, and a mute toggle. While these are easy enough to memorize over a night of gaming, they can get you jumbled up on your first couple of matches. This is by no means a deal-breaker, but it’s worth pointing out for users who are jumping neck deep into the wireless headset game for the first time.

As expected, the 100 Thieves closed-back Quantum ONE performs like any other version. JBL’s take on the high-end gaming headset is largely successful in bringing big sound right out of the box but is made better by tuning to the individual through the QuantumENGINE.

Using the provided calibration microphone, the QuantumENGINE’s algorithms create a preset unique to the user. It sounds like bunk at first, but there was no need to go back to the out-of-the-box sound afterward. The designed preset lets some of the overpowering bass go in favor of brightening the sound up a bit. Highlighting the highs and mids without completely leveling the bass made for a comfortable gaming preset that allowed for easy location of enemies and audio cues. There’s a lot for users to tinker with and it’s mostly straightforward without feeling clunky like other software.

Testing out the head-tracking, there doesn’t seem to be much going on here. It may have its use for some players, but in this instance, it fell a bit short of expectations. There didn’t seem to be a difference with it on or off.

Using the active noise cancelation brought a bit more focus to the experience. It won’t block out every noise, but it does a solid job of tuning out the little annoyances that can cause distractions like text notifications or noisy neighbors.

The inclusion of DTS Headphone X: v2.0 is appreciated but doesn’t hold a candle to QuantumSPHERE 360. You could definitely get by using it, but it seems a bit pointless considering the superior alternative.

Unfortunately for console players, none of the above will be available since there’s no console version of the QuantumENGINE software. 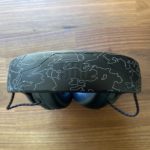 From the outset, it’s apparent that everything regarding this headset is premium. The design feels thoughtful and implements 100 Thieves in the geoprint but also with the stock red and white RGB settings. Pairing the 100 Thieves skin with the already quality build of the Quantum ONE makes for a product that feels special. Whether that amount of special justifies the $300 price tag is a subjective matter, though.

A standout of the design is the red and black braided cables that pair well with the stock RGB preset. Collaboration headsets like the Logitech G x League of Legends headset often try a bit too hard to tell buyers what they’re representing, but that’s not the case here since subtlety is more the name of the game.

Should you buy the 100 Thieves x JBL Quantum ONE headset?

If you’re in the market for a top-end closed-back headset, the Quantum ONE is an ideal option in general. Now, if you’re a 100 Thieves fan who is out to hit every drop released, then you’ll just need pockets deep enough to foot the $300 price tag. This headset is also a limited drop, meaning once it’s gone it’s gone. If you’re good with that caveat, then make sure you’re in line early.