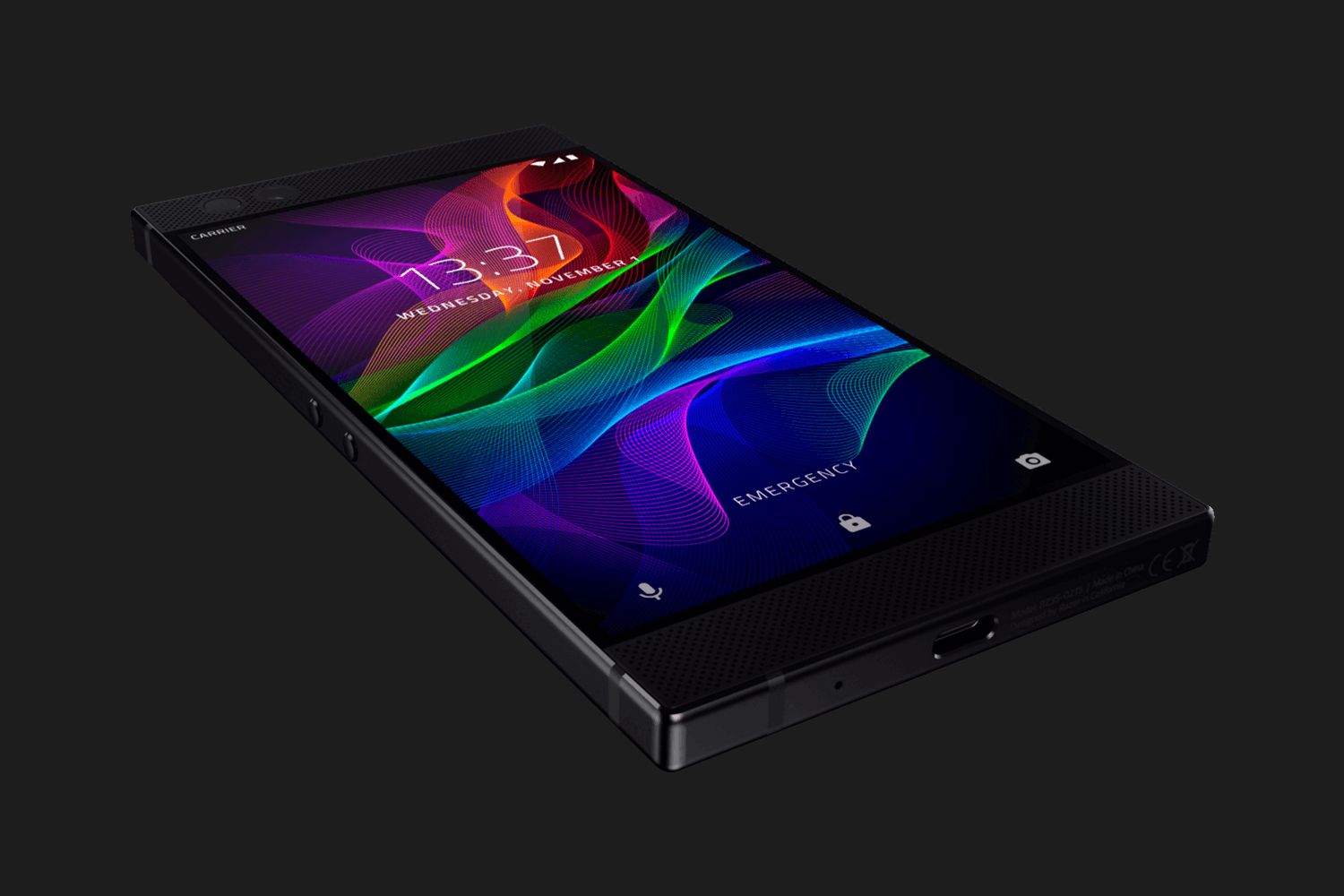 Mobile phone technology has come a long way since the first phones were developed that had little else to offer apart from phone call capabilities. Now, phones do so much more. They’re an indispensable tool in the office, as well as for education and entertainment. But when it comes to playing video games on a phone, there’s only a small niche of devices made for and capable of giving the best gaming experience.

When deciding on a phone to meet your gaming needs, there are a few key features you should look out for. You should consider the refresh rates. You don’t want a phone that’s incapable of supporting games with high frame rates. Phones that are built to capture all the minute details in every second of your gaming should take priority.

You should also consider the general performance of the phone. Does the performance decrease when heavy apps are running? Does it have a fast processor? Is the RAM size sufficient for your needs? These are some crucial questions that you should answer before buying a phone to play video games.

The quality of the display is also important. Phones with mediocre displays will prove inadequate for many games. Audio quality is another factor to consider, along with battery life, type of cooling system, gaming modes, and other external accessories.

Although this device isn’t released yet, it was officially announced by Asus earlier this summer. The Asus Rog Phone 3 is one of the most eagerly awaited gaming phones of 2020. It’s expected to be released in August 2020. Other phones in the Rog Phone series, like the Asus ROG Phone 2, received rave reviews.

Its incredible chipset, combined with an amazing display and battery life, means it’ll be a hit among gamers.

The Nubia Red Magic 5S is another excellent phone for gaming. In fact, it was designed with gaming in mind. It has a fan and liquid cooling system to make sure the phone is cold during long gaming sessions. The presence of shoulder triggers adds an extra dimension to the controls. There’s a 4D shock for vibration on games as well as a “Game Space” where you can customize your gaming experience. These features make it one of the best phones for gaming.

It operates on a snapdragon 865 CPU and its 4500mAh battery capacity makes it not just a powerful phone but a durable one. It has a 144Hz smooth refresh rate. Its 6.65-inch screen is big enough to give you a top-notch gaming experience. The one drawback is its screen resolution.

With the Legion Pro, Lenovo is taking a big step into the gaming phone niche. The Lenovo Legion Pro is unlike anything you’ve seen before, but the lack of headphone jack put this phone in the fourth spot on our list.

The batteries inside the Legion Pro are positioned in a way to avoid heating your hands while holding it. Unlike other phones, you can see the frame rates as you’re playing games like PUBG or Fortnite. This phone is made for gamers and streamers.

Phones in the Black Shark series are among the best when it comes to gaming. They’re also generally cheaper than many other competing gaming phones. One thing you’re assured of is that you’re getting value for your money.

You’ll enjoy the added benefits of a shoulder trigger and RGB lights. The phone also comes with an audio jack and stereo speakers.

Running on the snapdragon 865 chip, the Black Shark 3 Pro has an enormous computing power combined with the eight GB or 12 GB RAM for a smooth gaming experience. The 90Hz OLED display on its 6.67 or 7.1-inch screen makes gaming a visually pleasing experience.

Overall, the Black Shark 3 is an excellent phone for gaming despite a few touch input and software issues it sometimes experiences.

There’s a feeling among gamers that this phone was designed specifically with gaming in mind. The Asus Rog Phone 1 is also an excellent gaming phone.

The Asus Rog Phone 2 has a 6.59-inch, 120Hz AMOLED screen that’s guaranteed to keep you glued to your screen. The snapdragon 855+ chipset gives it enough processor power to handle your needs. This, combined with the 12 GB of RAM and 512 GB/one TB of storage, means you can play games at a fast pace. The high frame rate is also a bonus. You can play for hours at a stretch because the 6000mAh battery means you don’t have to worry about charging frequently.

There are some features that truly set it apart from most other phones. It has unique features like a clip-on fan for cooling and a gamepad that you can buy so you can play without touching your screen. It has built-in software for adjusting the fan speed and for overclocking the already incredible CPU. All these mean the Asus Rog Phone 2 deserves its place on the list of the best gaming phones.

Other phones on this list run on the Android OS. The iPhone, however, runs on iOS. This is both an advantage and disadvantage. You can enjoy exclusive games available on the Apple store, but on the other hand, you may be unable to play some games that are designed exclusively for Android devices.

There are many reasons to buy this phone, though. Its A13 Bionic chip is the fastest chipset for mobile gaming. Its powerful graphics, combined with its wonderful hardware/software integration make it conducive for gaming.

This phone is excellent for gaming and has all-around performance excellence for whatever you need. The iPhone 11 Pro Max is also an excellent gaming phone. It boasts some improvements in the iPhone 11 Pro.

When it comes to gaming phones, you can’t go wrong with the Samsung Galaxy S20 series. Regardless of which of the phones you use, you’re guaranteed to have a wonderful gaming experience. In addition to the gaming utility, the Samsung Galaxy S20 is a good all-around phone. This means when you’re not gaming, you can be effective in any other activity you carry out with your phone.

This phone packs enormous computing power, which means it can handle whatever you throw at it. Its eight GB of RAM means slowing down won’t be an issue. The 128 GB of storage, which can be expanded by using a memory card, is more than enough too. The Samsung Galaxy gives you a fast, reliable performance when game time begins.

One reason why the Samsung Galaxy S20 is highly recommended is its amazing 6.2-inch screen. The AMOLED panel and QHD+ screen with resolution 1440×3200 pixels and refresh rate of up to 120Hz is guaranteed to bring images to life.

Some may consider the phone to be too large, but all together, we can’t recommend this phone enough for any avid gamers.

Why is the OnePlus 8 Pro one of the best gaming phones available? It runs on the Android 10 OS and meets all the software and hardware requirements to enable you to play graphics-intensive games without slowing down. Its 5G connection makes playing online games a joy.

Its snapdragon 865 chipset and 12 GB RAM guarantees a smooth, fast experience while gaming. The 4510mAh battery, with its fast wireless charging, allows you to play for hours and top up rapidly.

In addition, it has a 90Hz AMOLED display on its 6.78-inch screen. Its excellent display combined with its incredible power makes it an excellent phone for gaming.

When it comes to gaming, the developers at Razer know what they’re doing. The Razer Phone 2 has improvements when it comes to cooling, which means that its snapdragon 845 chip and six GB RAM can support the most intense games without heating up.

The 120Hz refresh rate display combined with great speakers makes gaming a more absorbing event. The Razer Phone 2 has the power for frame rates on even the most demanding games.

If you’re looking for a cheap gaming phone, the Realme 6 Pro is definitely the right choice. This is an amazing phone for gaming, as the “G” in the Snapdragon 720G chipset seems to indicate.

It’s built for gaming with high graphics. The IPS display with Full HD+ resolution and 90Hz refresh rate suggests that it’ll be a visually pleasing experience. There’s a 3.5-inch audio jack to make sure you enjoy the full range of sound while gaming. It has a good battery life and its 30W fast charging is an added bonus. These features prove that you’ll be getting value for your money with the Realms 6 Pro.

New phones are constantly being rolled out. As a result, the list of the best phones for gaming is ever-changing. But this list of some of the top phones for gaming in 2020 features devices that have both the hardware and software capabilities to handle your top games from Fortnite to PUBG Mobile and Call of Duty.