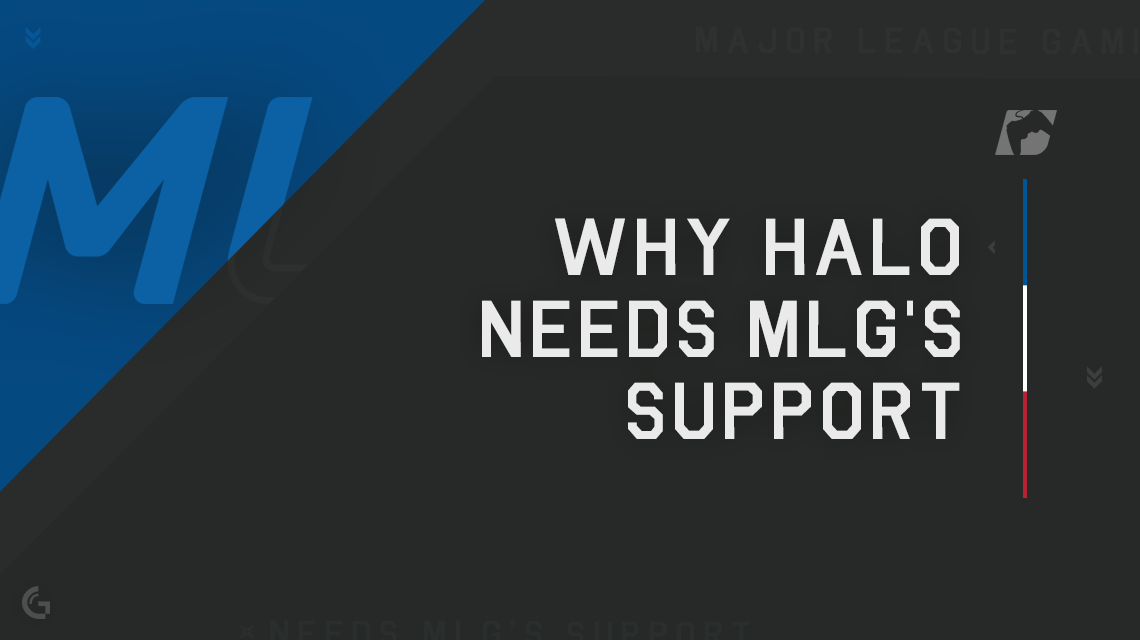 MLG holds a special place in thehearts of most competitive Halo players. Being one of the firstevent holders to support the game, MLG has built a long-lastingrelationship with Halo and it’s community. However, as years havepassed, both sides have evolved.

From what many are saying,apparently MLG and 343 negotiated a deal trying to allow all proplayers to compete in open events, but someone of high power saidno. This came as a major upset to the entire community since bothMLG and the Halo community want to see Halo featured in an MLGevent.

MLG events are very special tocompete in. The large crowds, great venues and people you encountermake MLG events a truly remarkable experience for everyoneinvolved. Pro players have given their feedback on the situationwith many believing that this is not right.

It sounds very strange that 343would deny any opportunity for their pro players to compete in MLGevents and the only explanation I can come up with is that theirpartner, ESL, may not like this idea. ESL, being an event hosterlike MLG, has a pretty big advantage when it comes to the Halocommunity. Helping run the Pro League, ESL has proven that they arededicated to growing the competitive Halo community and they mayview MLG’s interest in hosting open Halo events as a threat.If MLG were to gain some serious traction after a Halo event, thecommunity may feel that MLG is more suited for handling thecompetitive community’s needs, putting ESL’s partnership with343 at risk.

In my eyes, MLG and ESL bothhave a place in this community and there should really be some sortof happy medium arranged between both sides. Recently, thecommunity has complained to ESL about their lack of events thisseason and how they do not believe that several online tournamentsmake up for an event experience. This is a very valid statementthat ESL has yet to fully address, but all of this can easily beavoided if MLG and all the Pro League players were allowed tocompete in MLG events.

MLG’s relationship withHalo is one that will never be broken and I fear that if ESLcontinues to reject the pro players’ right to compete in MLGevents, the community may start to attack ESL.

What do you think about ProPlayers not having the right to compete in MLG events? Let me knowin the comments section below.