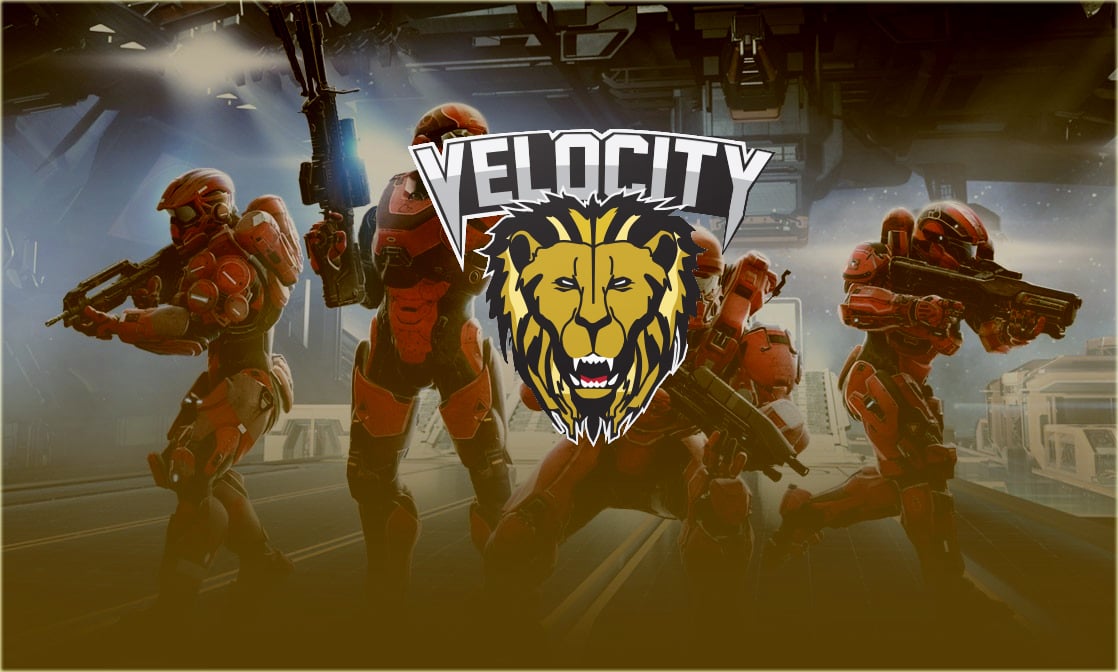 After parting ways with their previous team just a few weeks ago, Velocity eSports has picked up a new Halo roster. The roster, formerly known as LEAN N DAB, includes:

Levy Scaryotic Danoxide Kaotic Fours Read more about the team below and check out the team’s twitter account here. During the most recent HWC Qualifier the team finished in the 5th-8th place position despite coming into the tournament with only the 18th seed. The rest of the results for said qualifier can be found here. For this placing, they each received 1,500 points and altogether have a total of 9,455 points. This currently gives them a spot at the North American Regional Finals next month as the 9th place team. The captain of the squad is Levy, and they are still currently coachless. For those not familiar with the organization, Velocity has flirted with competitive Halo and Call of Duty since their founding in 2014. Hosting different rosters throughout H2A and the Halo Championship Series, the team temporarily disbanded when the former owner, Matt Sim, decided to take a break. After selling the team to Carter Musgrave, the org was revitalized and Sim eventually returned to fill the role of general manager. Notable players that have represented Velocity eSports in Halo include Frosty, eL Town, Cratos, Suspector, Burton, Blaze and more. Three-fourths of the current “Dream Team eSports” roster played on the previous inception of the team. During the HCS, Velocity teams placed 13th-16th at UGC St. Louis 2015, 9th-12th at Gamers for Giving 2015 and finally 8th at Iron Games Atlanta 2015. What do you think about Velocity eSports returning to the competitive Halo scene? Let us know in the comments below and remember to follow us here at eSports Guru for all your professional Halo and HWC needs!