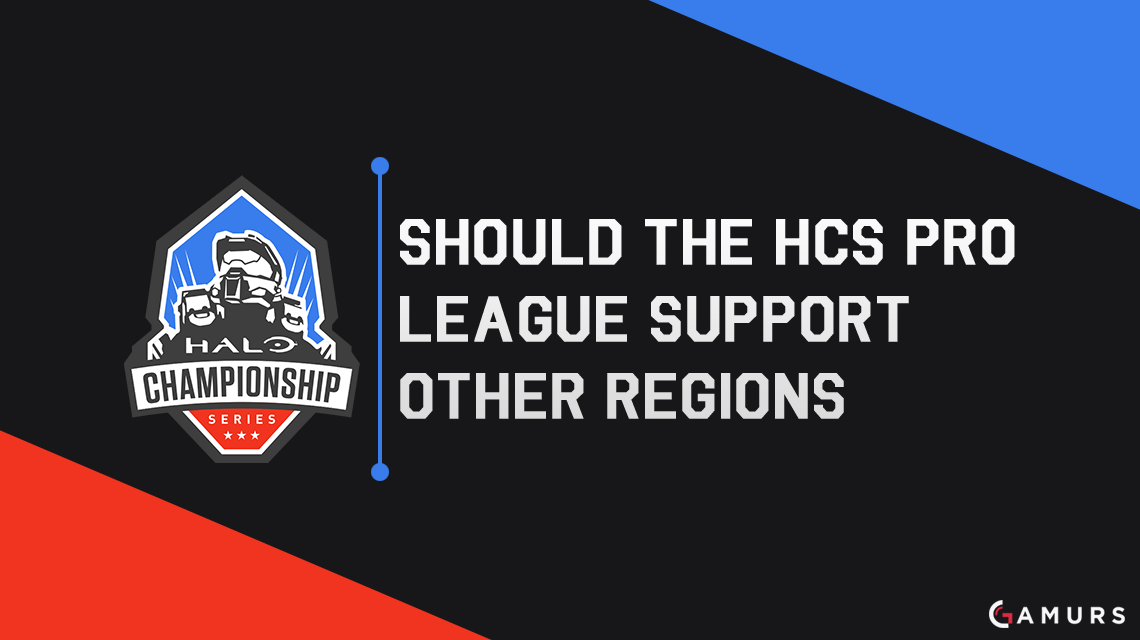 With the first season of theNorth American and European HCS Pro League now over, we have beenable to clearly see most of the positives and negatives that havecome with the Pro League. However, a pretty large question stillfloats, being whether or not ESL should consider expanding the ProLeague to different regions.

It is undeniable that the twolargest regions for competitive Halo are North America and Europe.However, there is still a pretty noticable amount of communitiesthat span across the world, such as Australia, Asia, Africa andSouth America. Although their populations may not be anywhere nearthe amount of North America or Europe, it may still be worthsupporting these regions.

Some may automatically say thatthere is no reason to support regions with a much smallerpopulation, but my response to that would be “Why do youthink they don’t grow?” While our region gets the greatbenefits of developer and tournament host support, these regionsget little to nothing. Evenwhen our community was at its darkest days in Halo 4, we still received some support fromtournament host Arena Gaming League (AGL), while the other regionswere left to survive on their own.

With little support for thesecommunities, they needed to use what they had, which simply wasn’tenough to grow their community or even support their currentpopulation. This makes competitive Halo in a lot of these regions avery unappealing community for those who want to go pro when gamessuch as Counter-Strike: Global Offensive or League ofLegends receive support in almost every popular esportsregion.

Personally, I find it veryimpressive that some of these regions even have a community,considering the lack of support they receive. It shows that theirlove and passion for the game is very strong and I believe thatthis is something 343 and ESL should take serious noteof.

While we complain about the lackof events and sometimes even threaten 343 and ESL that some of usmay move on to different games, the smaller regions just sit thereenjoying the game they love with absolutely nothing to play forother than the enjoyment of playing the game with theirfriends.

Looking at how we complain aboutour current state while some of these regions don’t even have aprofessional league supporting them makes me very disappointed inus. We may have some problems that need to be resolved, but we needto open our eyes and compare the state we are in, to the state ofother regions.

The dedication other regionshave shown for our game clearly suggests that they are more thandeserving of some developer and tournament host support. Survivingon their own for years, I can only imagine how some regions likeSouth America, Africa, Asia and Australia would greatly benefitfrom a Pro League of their own. It doesn’t need to be as large asNorth America’s Pro League, but a league that will truly givethe players something to compete for will be a great step towardsthe growth of these regions.

Supporting these regions mayalso help the competitive community as a whole in the long run. Oneof 343 and ESL’s ultimate goals is to truly put Halo in aposition to compete with the top esports giants, but in order to doso, we must spread out to other regions to promote our game as muchas possible.

One of the biggest reasons LoLis so massive is because of the overwhelming supportRiot and other community founded Tournament Hosthave given to multiple regions. Rather than only supporting a smallportion of the most popular regions for LoL, they instead do theirbest to supporting as many regions as possible to spread thepopularity of their game and make it as appealing as possible tothe newer competitors looking to compete in a game.

Spreading out and supportingother regions could be a very beneficial investment in the longrun, not to mention that these much less privileged regions aremore than deserving of an opportunity to receivesupport.

Do you think the Pro Leagueshould expand to other regions? Let me know in the comments sectionbelow.