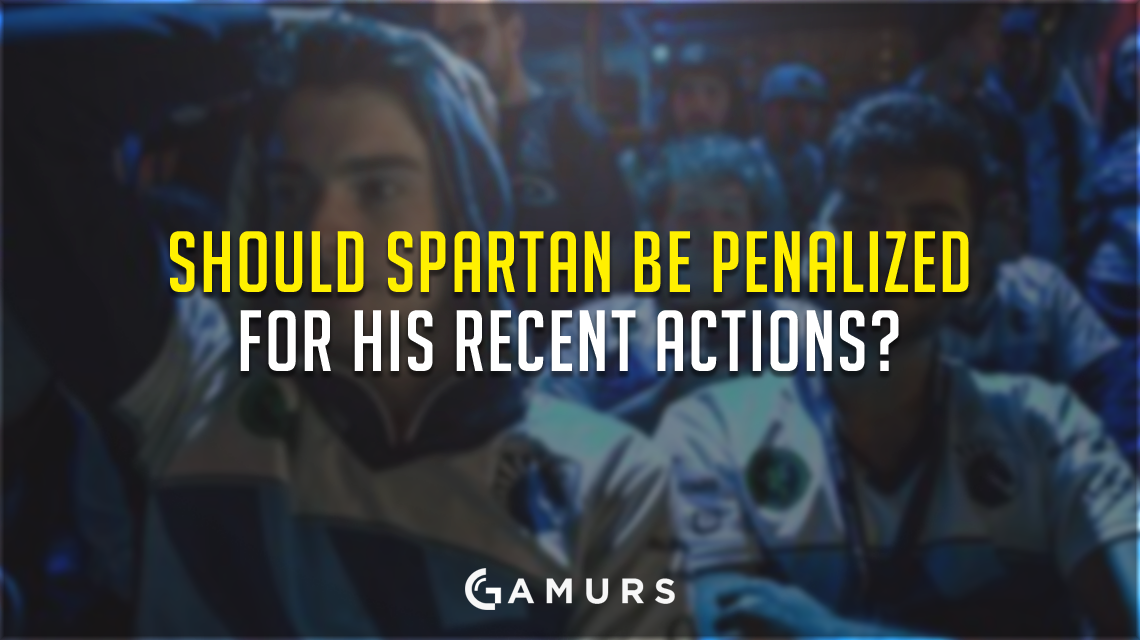 Last night, Tyler “Spartan” Ganza allegedly had a bit of a Twitter rant. After a recent poll on Beyond Entertainment, where pro players voted on their opinions for the competitive settings in Halo 5, Spartan decided to take his emotions out on Twitter and give his views on a specific section in the poll being radar within competitive play. Although he deleted most of his alleged tweets giving his views and, at times, going too far by attacking fans, Austin “Mikwen” McCleary still kept his tweets responding to Spartan’s immature reaction.

To go deeper into Mikwen’s tweet, accusing Spartan of being intoxicated while having this rant, Spartan did release a tweet earlier that included a picture of him at a bar with what appears to be an alcoholic beverage, which could be the explanation for his reckless behavior.

Having known Spartan since Halo 4, he has been one of my favorite players to watch over the years. His great personality combined with his steady progression as a player has made me very proud of the player he has become. I know for a fact that the Spartan being accused of such immature actions on Twitter last night is not the Spartan that we see on a daily basis. He is truly a kindhearted person who cares about his fans and the game itself. But, my opinion on him as an individual is irrelevant at this moment, as he has allegedly attacked, and at times embarrassed, some of his fans for simply giving their views.

I respect Spartan for not being silent and giving his honest views on a mechanic within the game, but attacking and embarrassing fans for giving their views is unacceptable, especially when you are a role model to many within the community.

If I were the owner of Team Liquid and had substantial evidence proving he did this, I would penalize him. It wouldn’t be to punish him, as I know this is not the kind of man he truly is, but it would be to make an example of him and send a message to the entire community that this is the kind of reckless behavior that should not be tolerated.

As Halo continues to grow and reach new heights, the level of professionalism must be significantly raised for everyone who is connected to a major organization with the spotlight pointing directly at the pro players. The actions Spartan took last night may soon be significantly penalized as Halo becomes an even more respected esport. It’s best to give Spartan a light penalty now to hopefully nip this problem and avoid potentially greater problems in the future.

What do you think about Spartan’s recent actions and do you think he should be penalized for them? Let me know in the comments section below or by tweeting us @GAMURScom.