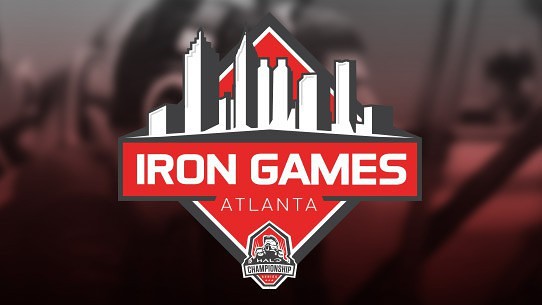 Next weekend, from April 17th to April 19th, the first HCS season two tournament is set to take place. Iron Games Atlanta is the kick-off point to the new season and one of two LANs before the season finals. The off season has brought an array of interesting changes to teams competing at the event and we’re all excited to see how these new teams perform on LAN. So far the only games that these teams can be judged on are two pre-season online cups, PGL games and a few streamed scrims. The following are our favorite potential storylines that will shape and determine the future of these players and the league.

The Return of a Legend

Shortly after the finals of the last Iron Gaming event, IG Columbus, a spurt of rage sidelined one of the greatest players to ever touch the game. After several months of recovery former EG player Justin “iGotUrPistola” Deese is ready to compete. Pistola recently officially joined the Cloud9 roster, now playing alongside Hysteria, FearItSelf and Victory X. Will Pistola be able to make a triumphant return or will he turn from hero to zero?

Kings of Season Past

Last weekend the champions of season one won the second pre-cup dominantly. Evil Geniuses proved that they can still compete at the top by taking out season long rivals Counter Logic Gaming while playing on their opponent’s host for the entire finals. Initially it was questionable how they would perform, not placing very well in the first pre-cup. After this weekend however its clear that they’re just as strong as ever and are ready to put their best foot forward and continue their dominance.

At the end of the first season CLG was not impressed with only finishing second place. The team decided to drop Heinz, statistically one of the worst players at the event, and pickup Denial’s Cloud. In response Denial, needing to fill the hole in their roster, quickly signed Heinz. There is a long history of teams being pushed to compete harder than before just to defeat a former teammate, it will be interesting to see if that happens again here. A potential meeting between the two teams during Atlanta will be an exciting match to watch, especially considering how strong both teams have looked.

New this season is a group of players known as Team Randa. The team has recieved nothing but praise from their opponents and having won the first pre-season cup its clear that they’re extremely good at online play. This tournament will be their first LAN, their first real test. Many like myself are hyped to see if this roster, comprised of Ryanoob, Contra, Naded and newcomer Randa (his older brother is the Randa of the past), can perform and whether or not they’ll be able to snatch the crown or sink into obscurity.

Although they did not attend the season one finals, Reality Check is still a team to watch. After gutting their previous roster this season the team has decided to take a big risk. The Suddoth twins have imported two lesser known players and moved into a gaming house to better prepare themselves for the upcoming season. Their first import, Septic, is a British player formerly of Vibe. He competed at the HCS season finals as the European wild card. Their second new player is Burton, best known as a long time member of the all Canadian team End Result. Will this event finally fall in favor of the team or will their new roster be in for a unexpected reality check?

The Up and Comers

In the first pre-season event we saw an upset that few expected. Team ExcellenceBlack, a low placing season one squad, managed to beat EG in their consolation match for 5th/6th. It may not have meant much in the grand scheme of the scene but a group of nobodies beating the former champions is still something to look out for. Later on the team placed fourth in the PGL Champion Series 10k event. They may not have won any money but they’ve shown that they can still put up wins. It is possible that eX Black is merely a group of online warriors, but we won’t be able to say for sure until we see them play here at the first event.

As you can see there is a lot of hype going in to this event, especially with the recent removal of Riccochet. This season will be even better than the last and will pave the way for Halo 5. Remember to check us out here at esportsblogger  for all your HCS news and articles!