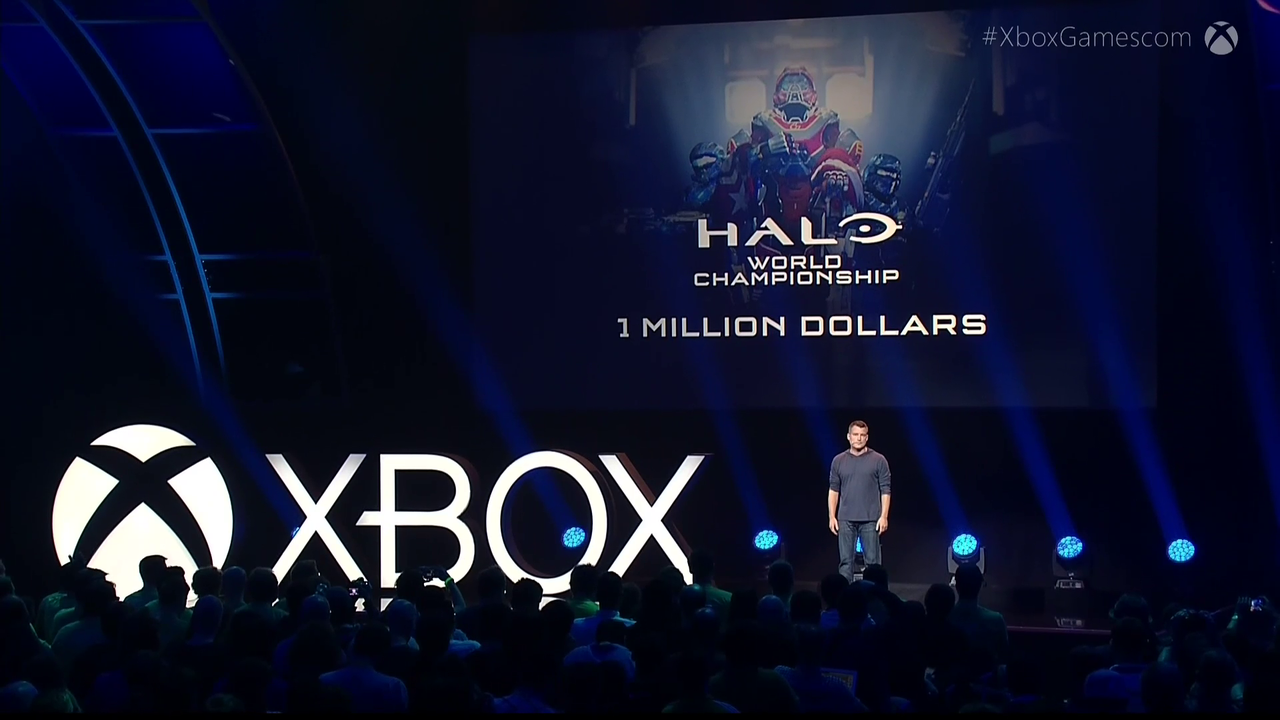 In just two weeks from now on October 27th, we’ll finally get to play the long anticipated Halo 5, Microsoft and 343 Industries’ latest attempt at the long running franchise. Due to the success of the Halo Championship Series and the recent trends throughout the gaming world, it would seem that they’re going all in on the eSports side of the game. Find out everything you need to know about Halo’s future here on eSports Guru!

It appears that the developers hope to one up last year’s Electronic Sports League run HCS. Being played on Halo 2: Anniversary, the eight months that the league ran awarded approximately $400,000 (both seasons combined). This has already been surpassed and more than doubled by one Microsoft funded event, the Halo World Championship. The HWS plans to host a prize pool of over $1,000,000, making it the largest Halo event ever! On top of this, ESL and 343i seem committed to providing an even better experience than this past year’s, bringing the HCS back in a currently unannounced format. The icing on the cake, however, is the news that through the new game Halo will finally find a place back with Major League Gaming, the earliest supporter of the series and the largest North American based eSports company! The game is being set up for success with several large tournaments and events, will the competitive scene continue to grow?

Due to the unbelievably massive success of the Valve run “International”, more and more events and game developers are looking towards crowdfunding to aid in tournament prize pools. Halo and 343i, fortunately, will not be left out in this movement. With the introduction of REQ Packs (Halo 5’s microtransaction system to obtain cosmetic and Warzone items), they’ve pulled out all the stops. Each purchase of a REQ Pack will put money directly into prize pools, offering these in-game perks in $2 (Silver) and $3 (Gold) increments. Although it is currently unknown what percentage of each sale will contribute to the prize pool, we do know that it will be a respectable amount. This crowdfunding system will enhance the prize pool of the HWS and hopefully expand the potential earnings for teams going into the long-term future of the game as well. Do you plan to buy REQ Packs to help support the scene? Let us know in the comments below!

As with any off-season, this year has seen a considerable amount of changes to various teams rosters. You can read about all the announced roster changes here on eSports Guru and follow us here to learn about any new ones in the build up to the first event! Halo 5 appears to be very different from previous Halo games while still maintaining the core gameplay that long-term fans of the series love. We’ve already seen one upset with Epsilon eSports being victorious in the GamesCom pre-launch invitational, hopefully it will be a great year for new talent!

In recent years, we’ve seen many game developers provide their communities with new and exciting tools to foster an expansive competitive scene. This is what 343i hopes to do with the launch of Halo 5, giving us a far more robust map making platform (Forge mode, although it doesn’t launch until December of this year) and a long awaited, true spectator mode. An advanced Forge is exactly what we needed in the previous installment of the game due to it only having three competitively played maps. This scarcity left many viewers and players burned out of tournaments using the same small handful of maps and gametypes every series, hopefully map makers will be able to do amazing things in this new game. Many well respected Forgers have already gotten their hands on it for testing purposes and have sung nothing but praise about it! Despite having a theater mode since Halo 3, with the new spectate mode this is the first time the game has allowed us to view a match while it is in-progress. This provides us with new opportunities and potential for all types of tournaments, finally giving us a chance to have a proper commentating experience for online events and even making things easier for LAN events by allowing spectating without the constraints of only seeing from one player’s perspective at a time. It’s clear that 343i cares a lot about giving us the tools we need to be successful, now we just need to capitalize on them and build a better future for the scene!

Hopefully you’re as ready and hyped as we are for the new game! The first Halo 5 tournament, Iron Games Daytona, takes place from October 30th to November 1st, just three days after the game’s launch. The total prize pool for the event is $10,000. We’re not quite sure what teams will be there, but we can’t wait watch and see what players can pick up the new mechanics fast enough to win! Remember to follow us here at eSports Guru for all your competitive Halo news and stay tuned for more big Halo advancements in eSports.