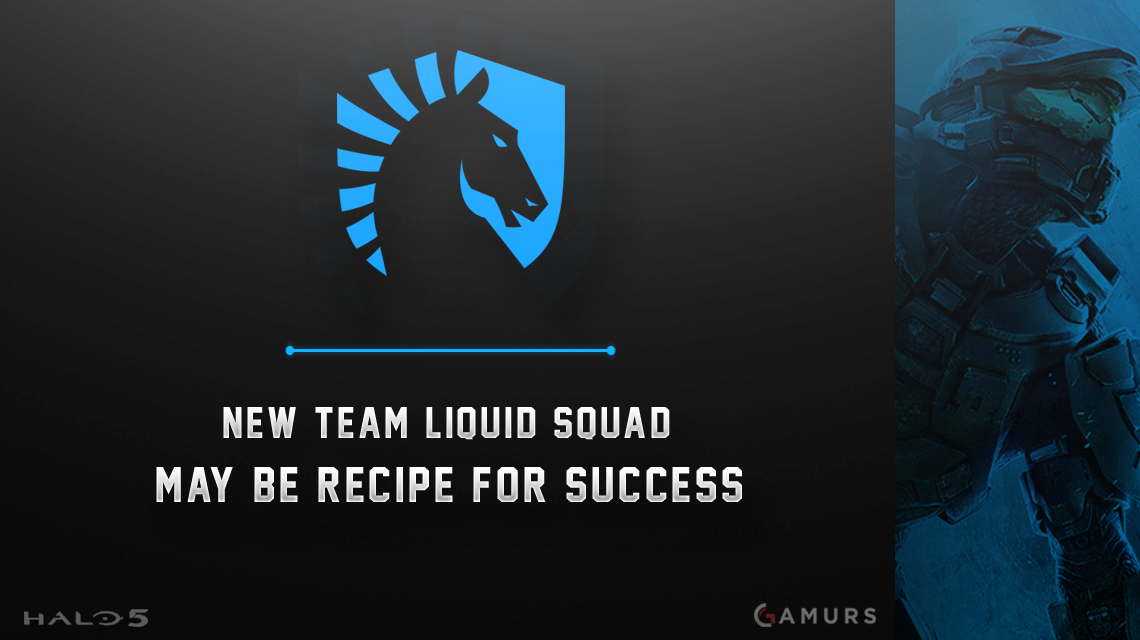 Recently, Team Liquid announcedtheir new Halo roster for Season Two. After a veryrough performance last season with a noticeable comeback in thevery end, the team still felt it was time for each player to gotheir separate way, as former captain Tyler“Spartan” Ganza attempts to rebuild this team allby himself. With “rostermania” affecting every Pro League team,several top pro players, as well as promising amateurs, are up forgrabs and Spartan took full advantage of this.

After watching their recentscrim against a possibly new Enigma6 team consisting of Carlos“Cratos” Ayala, Ayden“Suspector” Hill, StelluR and Jesse“bubu dubu” Moeller, Team Liquid matched up againstthem very well. Being able to win a fair amount of slayer andobjective games at such an early state is a very good sign for thisclub.

Another impressive strength thisteam has is their strong composure. Although they didn’t winevery close game, Liquid still continued to fight even when theiropponents had a massive lead over them. In one game, which wasSlayer on Rig, their opponents had a 30-16 lead over them, but therelentlessness of Liquid allowed them to come very close to a win,even though they lost 48-50. There was also a game of Strongholds on Empirewhere Liquid’s opponents came very close to pulling off anupset win, just being one point away from taking the game, but thecomposure of Liquid allowed them to maintain the pressure to pullthrough with a win.

As this team continues to buildup their chemistry, I expect some of players, such as Penguin andRayne, to become some major playmakers for this team. We saw backin the Summer Finals how Penguin, when he is at his best, can beunstoppable no matter who he goes up against and considering howemotional Spartan can become when competing and how he can easilyhype up his team, I expect Penguin to thrive off of hisenergy.

I see Rayne playing the samerole as Penguin, but I also think that these players will playbetter and worse on different maps. One thing that I noticed intheir recent scrims is that the maps Penguin struggles on, Raynetends to be better at and vice versa. Although I would much rathersee both of these players play well on every map, having a playerthat can make up for your teammates slacking performance can bevery useful in the future. It should also be noted that theirdifferent performances may have just been a matter of bad luck andthese two may soon be able to perform very well together, makingLiquid a much better team.

Although this new Liquid team isoff to a great start, I am still going to miss the duo of Spartanand StelluR. I honestly felt that this duo had a lot of potential,but unfortunately, they needed to move on. Nevertheless, this newLiquid team looks extremely impressive, and although I can’tsay just yet that they have a shot to defeat Counter Logic Gaming,this could very well be the most entertaining team Liquid has everyput together for Halo.

What do you think aboutLiquid’s new Halo team? Let me know in the comments sectionbelow.

Image credits to to Halo eSportWikis and eSports Center