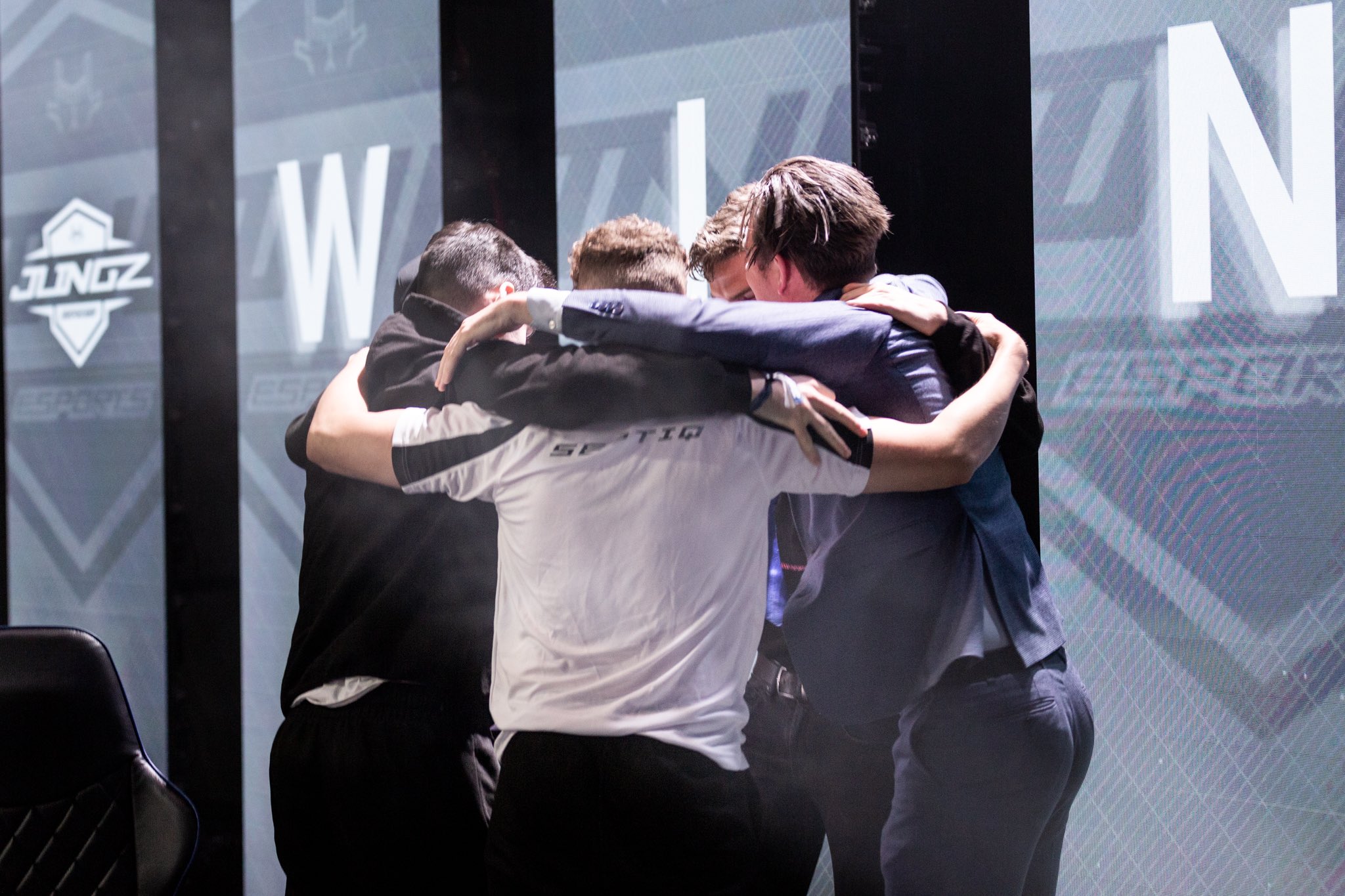 A controversial competitive ruling mired an otherwise highly contested best-of-five series between JLINGZ esports and BLVKHVND to kick off the championship bracket at HCS Valencia.

With JLINGZ esports 0-2 down in the set but seconds away from taking a win in game three’s King of the Hill match before BLVKHVND reported technical issues on their side of the stage. A lengthy intermission followed, but the official ruling on how to continue felt unfair to JLINGZ. Admins told JLINGZ that they still needed to capture two more hills in a map replay to claim victory. This was despite the team originally being halfway through capturing the fourth and final hill to win. JLINGZ challenged the ruling and argued that BLVKHVND should concede the match, but the ruling stood.

Frustrations stricken across the faces of the JLINGZ roster converted into determination as they won the map replay and the two games following it to take home the series and complete a reverse sweep against BLVKHVND.

A crucial part of the JLINGZ redemption run came from Sxptiq, who performed excellently in the latter half of the series to secure his team’s win. He concluded the best-of-five with the most kills in the lobby, 106, and a 1.31 K/D overall. It was the must-win game five on Aquarius Slayer where Sxptiq’s influence was felt most, with the British player standing out from the crowd with 19 kills to his name in a game of Slayer that JLINGZ only put away with a two-kill lead 50-48.

But BLVKHVND’s own series of blunders contributed handily to their downfall. Despite recent performances in the HCS Pro Series, where BLVKHVND beat JLINGZ on Bazaar Capture the Flag 4-2, mistakes during key fights prevented BLVKHVND from repeating their success on the same map and mode combination in Valencia.

One such mistake saw BLVKHVND lose an easy flag run with the Overshield in their hands, as a miscommunication between Lunny and Ebby as to who was taking the Overshield left the flag unattended and Lunny vulnerable in the middle of the map. By the time BLVKHVND recovered their positioning, the JLINGZ flag had been returned to base. With JLINGZ only winning the map with a narrow 3-2 lead, it’s easy to see that the mistakes from BLVKHVND, more than JLINGZ’s performance, were responsible for the end result.

“When they ended the [King of the Hill on Recharge], I think it was an audio issue, in our eyes that was a dead set win,” JLINGZ’s Quadios explained after the series. “I approached those guys on the other team and they just said that they wanted to try to take advantage of the rulebook. It sort of, spurred us on if i’m honest. I just told them we’re going to win now, because I’m not losing to these guys.”

JLINGZ esports run in the winner’s bracket will continue with a matchup against Acend, while BLVKHVND will have to try and make a run in the loser’s bracket for a chance at further glory deeper into the tournament.