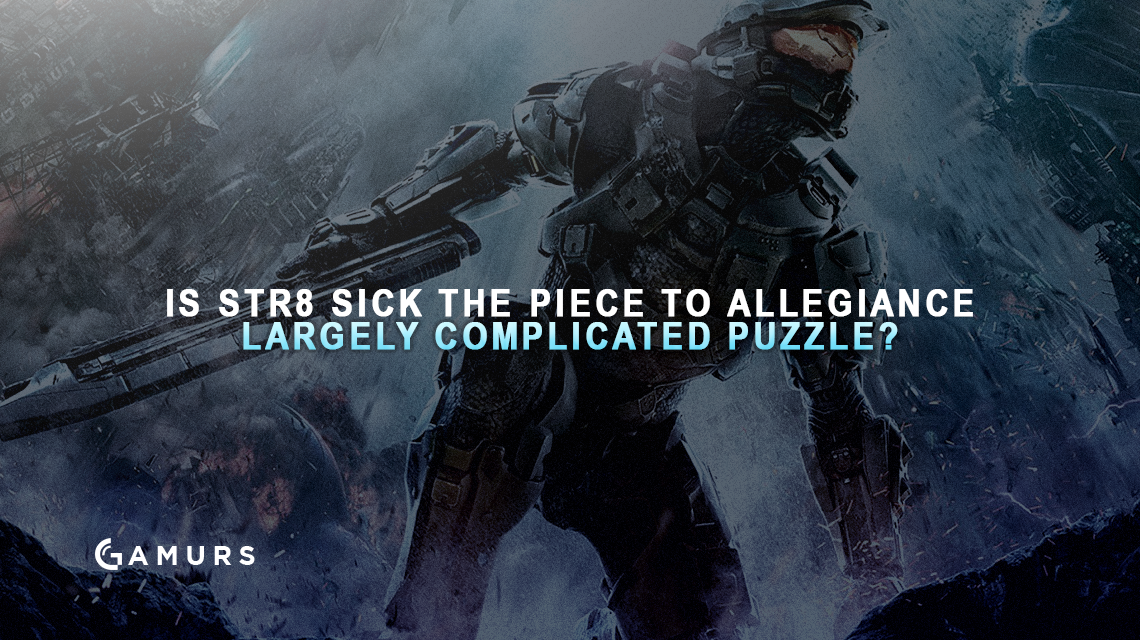 Last night, Team Allegiance was able to pull off the reverse sweep on Evil Geniuses in their Pro League match, winning the series 3-2. Although this was expected to be a very close series, I had high hopes that the combination of veteran experience and talent this EG team possess would be enough to outmatch the young talent that Allegiance possess and in many situations, that looked to be the case. However, EG in no way dominated Allegiance in any game they played. EG was able to narrowly escape with a victory on Fathom CTF and The Rig Slayer and I would argue that it was primarily due to Allegiance’s own mistakes as the younger team. As this team has slowly declined from being one best teams in the beginning of Halo 5, to statistically being one of worst North American teams with an 8th place standing and a 35.14 win percentage in Pro League matches, many have started to lose faith in Allegiance’s ability to climb back to their former position and possibly even pass that. Getting swept in recent weeks by teams such as OpTic Gaming, Team EnVyUs and Luminosity, Allegiance seems to be several steps behind the majority of Pro Teams but that has not discouraged this team from trying their hardest in the attempt to regain their reputation as one of the strongest teams in the world.

Allegiance, like most dominant teams that later declined, has gone through numerous changes in their roster in the hopes of improving their team. Although their initial roster back in Season 1 consisted of Brett “Naded” Leonard, Cory “Str8 Sick” Sloss, Visal “eL Town” Mohanan and Fasial “Goofy” Khan, this team would have several players come and go including Ryan “Shooter” Sondhi, Ryan “Ryanoob” Geddes, Richie “Heinz” Heinz, Carlos “Cratos” Ayala and Ayden “Suspector” Hill. Although sometimes the changes they made improved this team such as the changes they made soon after Season 1 began when they would release Str8 Sick and Goofy for Shooter and Cratos, just about every other change they made ultimately lead to a decline in performance. This is one of the scariest scenarios a team like Allegiance needs to overcome since change has obviously been a necessity for this team, yet none of the changes have been effective and now they may even be on the verge of even losing their Pro League spot if positive change doesn’t come soon.

As a fan of this current Allegiance roster consisting of Cody “Contra” Szczodrowski, Devon “PreDevoNator” Layton, Str8 Sick and Michael “Falcated” Garcia and a fan of this entire Allegiance organization with great respect for what they have been able to accomplish in their very short time being a legitimate organization, I want to think that this win against EG is a sign that Allegiance may be bound for a comeback. However, the statistics say a completely different story with this team having a combined Pro League and scrim win-loss ratio of 75-204. This leaves little to no room for me to believe that Allegiance is capable of doing great things this season with statistics but I know for a fact that the addition of Str8 Sick will give this team a much needed boost in confidence both in his persona and performance.

Arguably being the slaying backbone for the former OpTic constantly doing his best to carry his team to victory, Str8 Sick has proven time and time again that his is a big time player that is capable of great things when surrounded by the right people. While I personally can’t view him as a great leader due to his past problems containing his emotional frustrations and having them affect his in game performance, no one can question his abilities as a purebred slayer.

Looking at this roster Str8 Sick has to work with, consisting of three of the best slayers in the scene, he will have three like-minded players who I believe will truly understand his strategies on winning and with his many years of experience as a powerful slayer he can certainly provide them all with guidance on how to be the most efficient slayer they can possibly be.

With solidified young stars such as Contra and PreDevonator looking to take their careers to the next level and with the rookie Falcated looking to solidify himself as one of the top players in the Pro League, the addition of Str8 Sick will certainly take this team to new heights that Shooter couldn’t.

Str8 Sick is the piece to Allegiance’s largely complicated puzzle on reviving this dying team. Although I doubt that this team will come close to a Championship victory, I expect this team to now be able to push through some of these Pro teams outside of OpTic, EnVy, Liquid and Luminosity to build some confidence in themselves and make a stronger push for a Championship run next season.

What do you think about the addition of Str8 Sick being the piece to Allegiance complicated puzzle? Let me know in the comments section below or by tweeting us @GAMURScom.