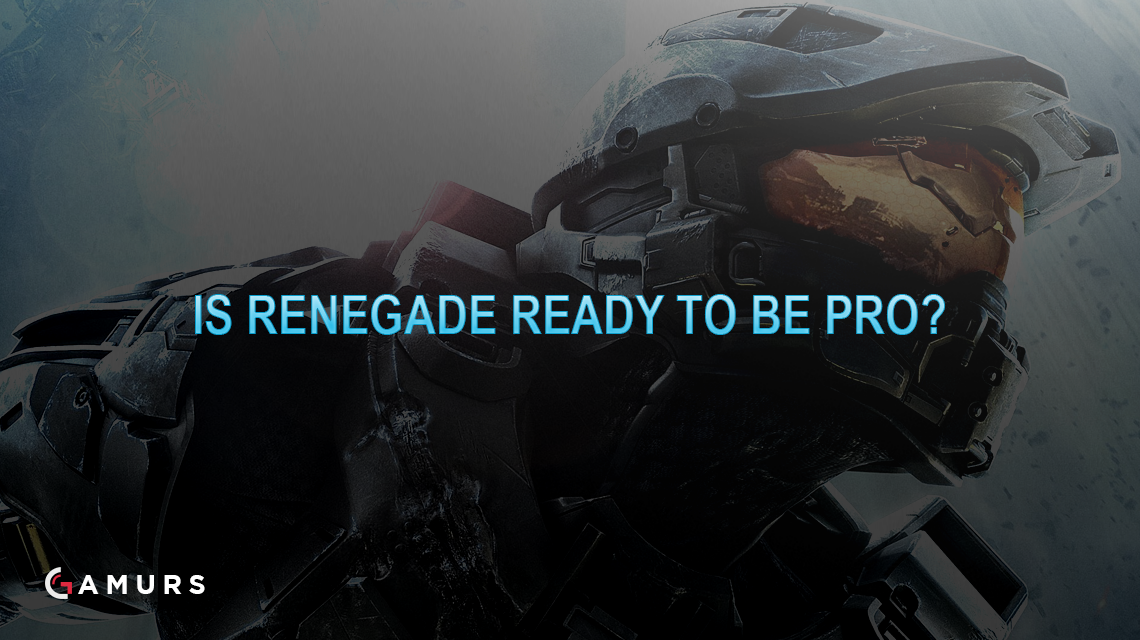 From dominating the PGL doubles ladder back in Halo 4 with his long time duo Jwxlk, to being on the verge of becoming a pro in Halo 5, Jonathan “Renegade” Willette, aka Godily, has developed a lot over the years, not only in his in-game performance, but also in his mentality. The egotistical, and at many times arrogant, player I knew back in the day always possessed a noticeable level of slaying talent, even at a young age. Although back then, his abilities may have been overlooked by his nettlesome personality, the talent was always there and his reign of terror with his doubles partner Jwxlk back in the H4 PGL days was a testament to that.

Back in the day, when he didn’t have other pros on his team, Godily was typically the leader on his team, in terms of both in-game and vocal performance. In many situations, he was the player on his team who would take the slaying responsibility and attempt to open opportunities for his team to win. Although this may be perceived to be narcissistic on his end, this reckless and unethical behavior was also a sign of confidence in his ability to slay, which is always a pivotal component to a slayer’s ability to succeed in competition.

The reality is that his ferocious slaying ability has a great impact on any team he has been on. As someone who had the pleasure of playing both with him and against him, I can tell you that his slaying ability at times can even be overwhelming to have to go up against. He is just that phenomenal of a player.

Although his talent is astounding, like any top amateur, he also possess negatives which hold him back. Godily is a player who at many times even to this day makes plays that show his immaturity as a player. Whether its being over agressive, not supporting teammates or not running objective when he is the best option in that scenario, decision making is still one of Godily’s gloomy misfortunes.

When looking at his role, I tend to think a lot about Abel “Rammyy” Garcia, who is also a player I used to play with back in they day. Although both share the same role, both carry different difficulties. While Godily has the explosive ability I love to see out of slayers, his decision making lacks partly from it. On the other hand, Rammyy is one of the smartest slayers I have ever seen, but his sometimes passive style prevents him from being as impactful in certain scenarios, in my opinion. To me, this is a bit of a hysterical matter for me to think about, because I think about how each of these player’s negatives hold them back so significantly. At times, I joke to myself imagining what may happen if Godily and Rammyy morph into one player? May we witness what many would consider to be the perfect slayer, possessing both great decision making and explosiveness?

Restating what I previously said about James, Godily could be great on any team he lands on, however, depending on what team he is on, he may either be a great player or a champion. I would love to see Godily land a spot on a team with a championship winning veteran who can mold Godily into the efficient slayer he aspires to be.

In my opinion, a team like Evil Geniuses may be a great fit for the young star. Although I understand that teams are currently trying out different players for season three, under the assumption that EG will keep the same roster, I like the idea of champions Justin “Roy” Brown and Jason “Lunchbox” Brown mentoring Godily and giving him the advice he needs to grow. As one of the greatest slayers in history, Roy can offer great advice on how Godily can use his aggressive slaying ability without becoming a liability to his team.

The future seems bright for this young star. With many pro players having a lot of confidence in his ability, I am sure he will land a spot on a pro team eventually. However, what team he lands on can have a drastic effect on his progression as a player.

What do you think about Godily being ready to become a pro? Let me know in the comments section below or by tweeting us @GAMURScom.

Zachery Chevere can be contacted on Twitter @PmL_Zarhaz and emailed at [email protected].