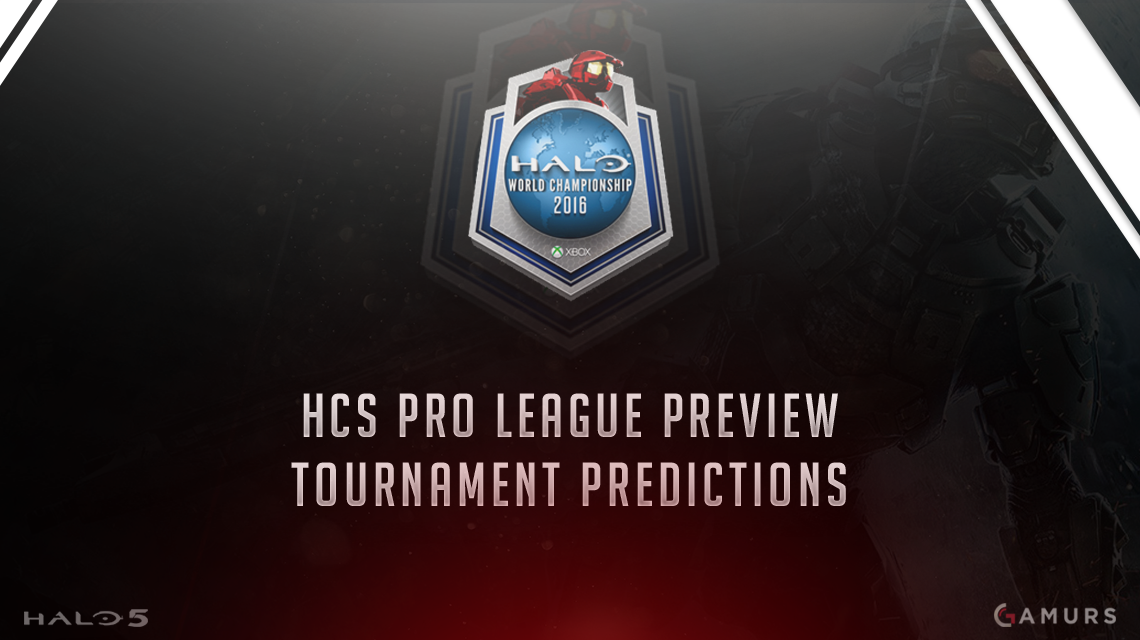 Sunday May 29th to Tuesday May 31st will be the HCS Pro League Preview Tournament. The 8 qualified teams will battle it out to get a chunk from the $5,000 Prize Pool and compete in what will be their first complete experience of the competition they will be facing come the regular season. Here are my predictions on the placings for this tournament.

Being the most dominant team back in Season 1, CLG looks to maintain their status this season with a win in the preview tournament. With the same roster they had when they won the Halo World Championship last season, CLG will have all the talent and chemistry they need to win another tournament. Based off of their online scrims, CLG looks just as dominant as before and I don’t expect them to have any problems once this tournament begins.

EG definitely look weaker now than they did in the past but this team does show promise once they get hot.  Although EG is far from being the best team this season, they are still arguably a top 3 team and based off of their recent performance in scrims, I can see EG taking 2nd in this tournament.

Allegiance has been one of those teams that many haven’t spoken about much but this team has quietly done very well both online and in events. With a dominate performance in the Summer Qualifiers and with very few negative notes to take on them this season, I can’t see why Allegiance won’t be able to finish this tournament with a solid  3rd place finish.

E6 has gone from being a complete disaster back in PAX East, to being a formidable team that dominated its competition back in the Summer Qualifiers. E6 has a very talented roster full of players who are eager to win.  Although all four of them are young, they are all talented individuals who have what it takes to go big this season.

Although they have a hard time performing well in online tournaments, nV has done very well in events. With a great performance in the Summer Qualifier, nV has shown that they can hold their own in both slaying and objective. nV is determined to do well this season and they have all the talent to do so, but the four teams I have above nV have beaten them in the past with the exception of E6 who lost to them in PAX but E6 is now a completely different monster.

Liquid has had a harder road than any other team this season. After aPG, who is a very important slayer for this team, suffered from a concussion prior to competing in the Summer Qualifier, Liquid was not able to place high enough to make it into the Pro League. They would be forced to compete in the Last Chance Qualifier with other pro teams such as OpTic and eLevate as well as some of the top AM teams. aPG would take a break from competing and his spot would be replaced with Assault who was formerly their coach. They went on to dominate the Last Chance Qualifier, not dropping a single series making Liquid look like a very promising team going into this tournament. In my eyes, Liquid looks ready for all the competition but with their past performances against some of these teams, I can’t say just yet that Liquid can go past 6th.

Renegades has had a bit of a bumpy ride this season but they have been able to fight their way into a good position. In the Summer Qualifiers, Renegades were destined to not qualify considering the red hot Enigma 6 team and the OpTic Gaming lineup that Renegades were not able to beat prior to this event were both in their pool. However, Renegades were able to pull through with a solid run in the Loser’s Bracket with a win against Denial and a dominant 4-0 victory against OpTic. Renegades look to do well in this event but I don’t know if they have what it takes just yet to take down any of my top teams.

Once Str8 Sick was added to this roster soon after FlameSword’s retirement, OpTic looked to be a very solid team this season. Although I am still confident  that this team can do well with Str8 Sick, this team is still struggling to do well and they barely made it to the Pro League making me believe that OpTic will place 8th this event. However, this team does get fired up at times and that can change the outcome.

These are my predictions for the HCS Pro League Preview Tournament. What do you think? Let me know in the comments section below.