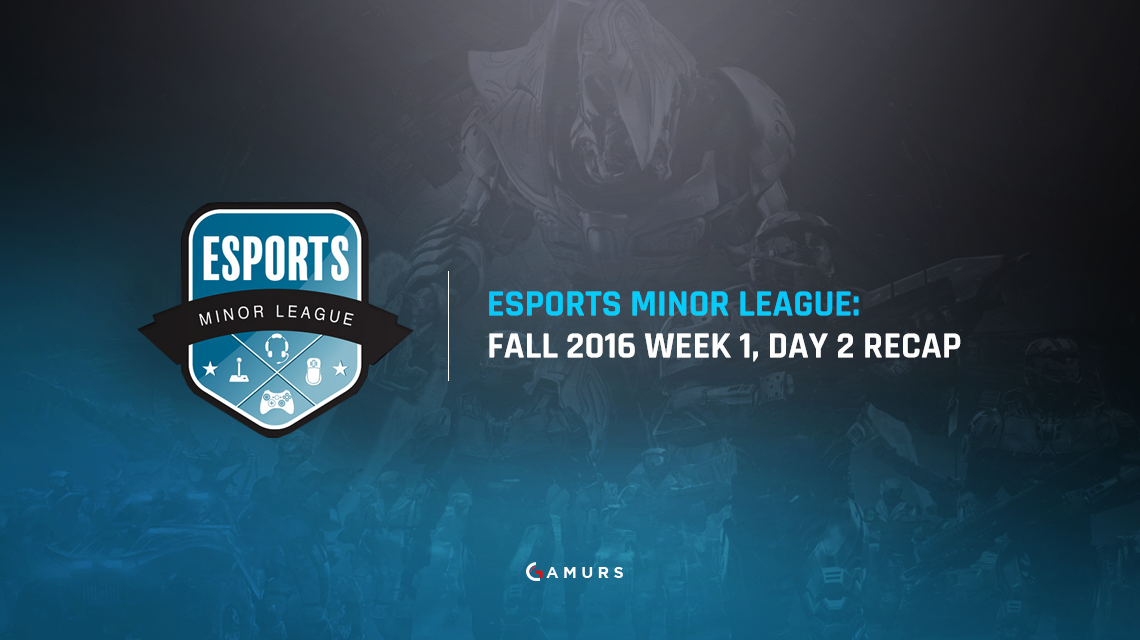 Day two of this week’s Esports Minor League has come to a chaotic ending with several jaw dropping series that may have annihilated your predictions.

After the six-game suspension of Abusement Park player Joey “Juziro” Bartholomay, many predicted the squad to head down a harrowing decline in performance, causing the once impressive team to be nothing more than a fragment of our imagination. Fortunately for Abusement Park, they were able to show us all that there is still significant fight within this team with a 3-1 win over Fly Society. Even with solid and consistent play coming from Jacob “Arkanum” Santos and slaying presence coming from the entire Fly team, they were unable to keep up with Abusment’s teamwork and commitment in each play. This was a particularly great series out of Swish, who in many situations provided Abusement with the necessary plays to push this team ahead. As the sub player filling in for Juziro, Swish’s ability to adapt was very impressive.

It was not a great night in the slightest for Solstice. Unable to capitalize on any opportune play, Solstice look significantly outclassed by 3sUP, which makes me concerned for their future matches. Although Solstice put up some fight in the first two games, they looked almost entirely depleted in game three. This made me question whether or not this lineup is capable of providing Solstice with solid results this season. I believe that this was more of a discouraging loss for Solstice then a galvanizing win for 3sUP, considering the way in which Solstice lost.

As this was the closest series today, I was impressed with both teams. After two rough games, Scion managed to step it up in game three with a 100-83 win on Plaza Strongholds. They would keep this momentum all the way up to game five, when Dynasty was able to shut down Scion 50-36 on Regret Slayer. This match was definitely the closest and most entertaining of the day.

It was a bit of an off night for Pnda, as Most Wanted came out with the win. Pnda seemed to be unable to get the ball rolling this series and their negative stats prove that. Most Wanted seemed a little shaky in game two and five, but the players were able to get the job done in the end with a chaotic overtime win on Fathom CTF. Hopefully both teams step their game up next time.

With the season just beginning, it is natural to see a lot of these teams have cringy performances. It will take some time for us to see which teams will separate themselves from the rest of the pack and which ones will fall behind. If I were a fan of any of the losing teams today, I wouldn’t be too concerned for this reason. There is plenty of time for each team to look into and resolve their issues.

What did you think about today’s ESMLeague matches? Let us know in the comments section below, or tweet us @GAMURScom.