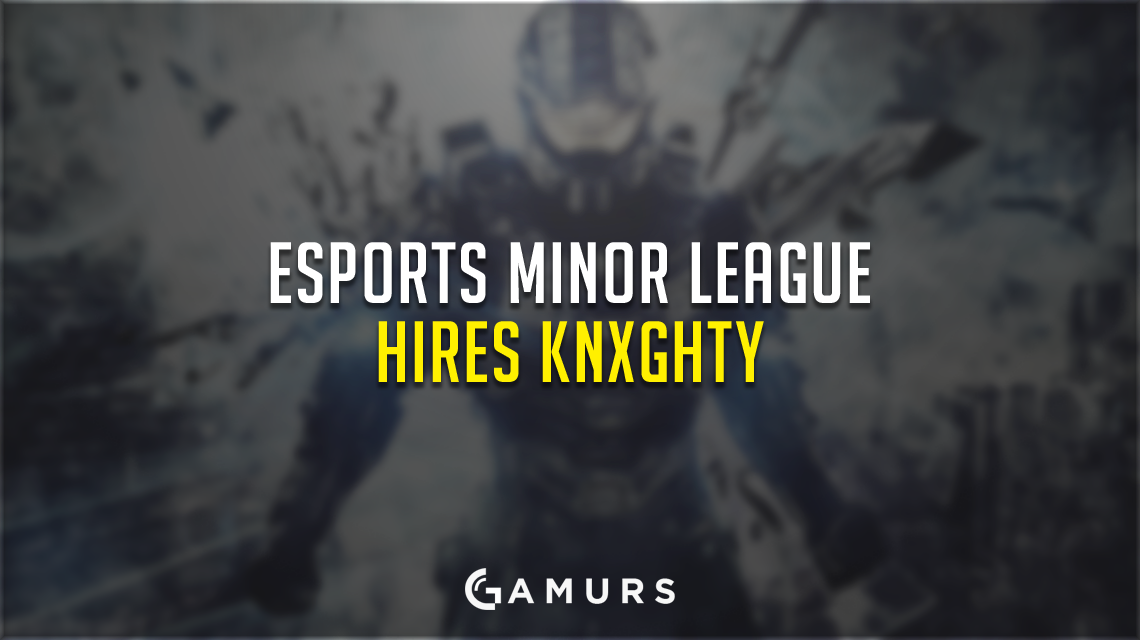 Recently launched back in October, Esports Minor League (EML) has built up quite the hype over the past few weeks. Their promises? To provide amatuer players with a competitive league dedicated to creating a professional, competitive experience. With partners such as the streaming platform Hitbox supporting them, EML has quickly developed a strong trust with many notable faces within the community, therefore strengthening its legitimacy as a serious tournament host. In the hopes of further strengthening their legitimacy and developing an even stronger connection with the amateur community, EML has hired a Halo caster known as David “Knxghty” Irwin as a Community Manager and caster.

Knxghty is a former competitive Halo player who recently decided to make the transition over to casting. He received a few opportunities to cast for P5 Chattanooga and UGC, and he took full advantage by giving it his all in every event. He is a very experienced member of the Halo scene due to his years of competing since Halo 2, making his commentating style primarily focused on insightful information more than anything else. His professional character allows him to gain respect amongst many people, allowing many opportunities such as this one to come his way.

Due to his years of competing and rapid growth as a caster, Knxghty has developed a very strong connection with the amatuer community and is now a promising addition to EML’s mission of creating the best amatuer league. Only time will tell if the addition of Knxghty will pay off for them.

What do you think about EML hiring Knxghty? Let us know in the comments section below or tweet us @GAMURScom.

Zachery Chevere can be contacted on Twitter @ZarhazTheWriter and emailed at [email protected].