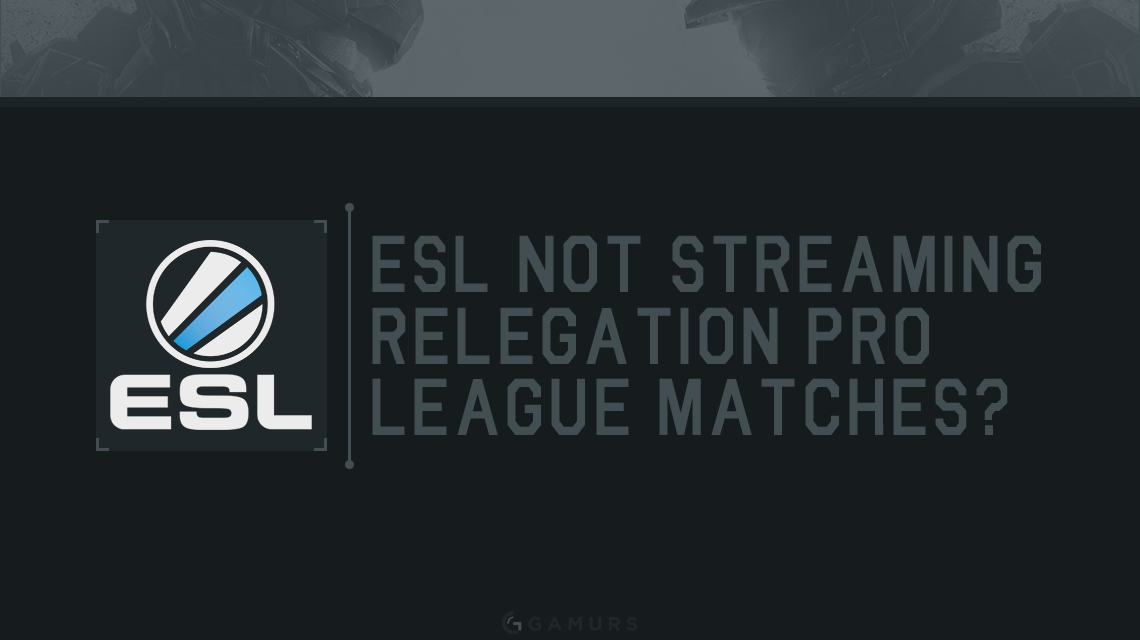 Halo player and member of TeameLevate, Dillon“Randa” Randa,who is competing in the relegation tournament against Team Liquid,had to say this on Twitter.

This infuriated many fans andplayers from all over the community and many were not afraid to letout their true emotions.

This obviously says a lot aboutwhere the community stands on ESL’s decision to not streamthe relegation matches. For those who are not familiar with therelegation matches, it is a four team double-elimination tournamentthat consists of the two lowest ranking Pro League teams and thetop two teams from the Open Circuit finals.

The two Pro League teams areTeam Liquid and OpTic Gaming, while the two Open Circuit teams areDenial Esports and Team eLevate. The top two teams in thistournament will earn a spot in next season’s Pro League,while the bottom two will go to the Open Circuit, which means thereis a lot on the line for all four of these teams.

This intensity makes thisrelegation tournament so exciting for everyone, but for somereason, ESL does not see enough value in it to have it streamed. Inmy opinion, not only is this a disservice to the players who haveinvested countless hours each day practicing for this moment, butthis is also a great disservice to the fans who have supportedtheir teams this entire time.

There has been a lot ofdifferent reasons floating around as to why ESL has chosen not tostream the relegation matches, but the most popular reason seems tobe because it interferes with some of ESL’s scheduling.Either way, this seems like a very silly reason in my opinion forESL to not stream such important matches.

I believe that the entirecommunity has made it very clear that we do not like ESL’sdecision one bit. It ruins the ending of this Pro League season formany and it does a great disservice to everyone involved. If youagree with me on this, please make sure you spread the word on thismatter and help make our voices heard. It is only with your helpthat we can make a change in this situation.

What do you think about ESL notstreaming the relegation matches this weekend? Let me know in thecomments section below.