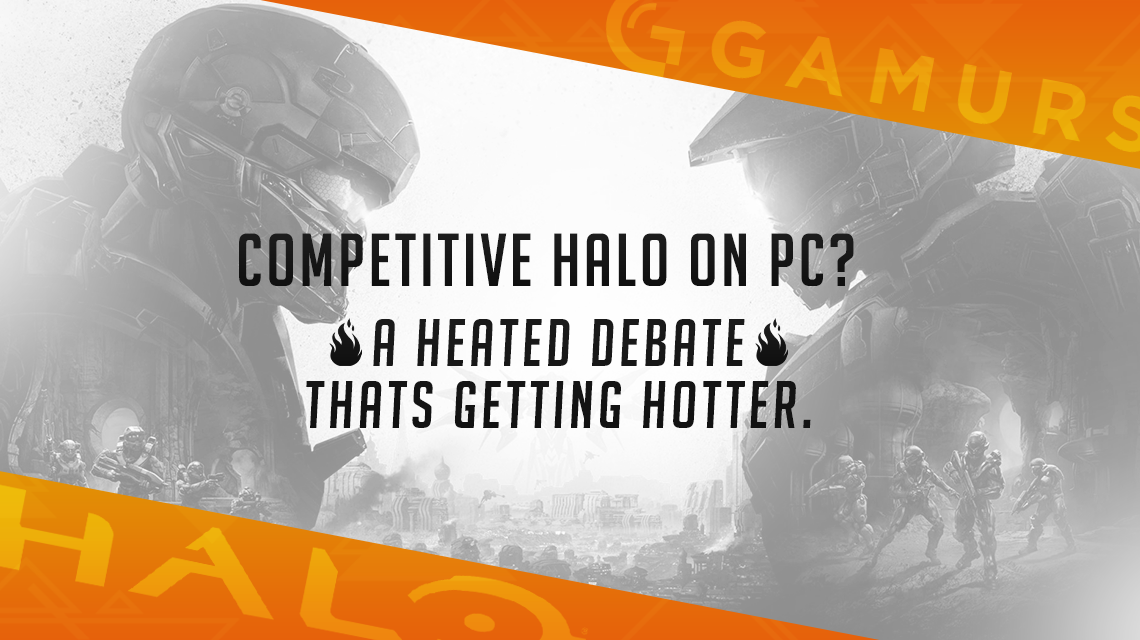 These past few weeks have beenpretty crazy for competitive Halo fans. We have been overwhelmedwith several announcements and rumors that could potentially have amassive effect on the community, making a lot of fans excited forthe future. With the Xbox One supporting keyboard and mousefeatures soon,  future titles such as Halo Wars 2 and eventually Halo 6 have quickly become a massive topic ofdiscussion amongst the community.

This has caused many within thecommunity to talk about the possibility of competitive Halo beingon the PC. With the recent competitive game Overwatchmaking a push to become a hit competitive game on the PC, manywould like to see Halo take the same route with Halo Wars 2 and eventually Halo 6. The idea of Halo being on the PC is a verytough topic to talk about. While many are ready to move on from thelimited console and enjoy their favorite game on the the foreverexpanding world that is PC gaming, there are still a lot of Halofans who prefer playing the game on the console.

With PC Gaming showing no signsof slowing down in growth, Xbox and 343 may be seriously considering moving competitiveHalo to the PC. It is already clear that Xbox wants to make several popular Xbox One games playable on Windows 10 to promote the use of their newest computeroperating system so brinig Xbox’s most successful and loyal game franchise overto Windows10 wouldn’t be abad idea business wise.

The biggest problem with Halobeing on the PC in my eyes would be how the game would play. Whilemany believe that playing Halo 6 on a keyboard and mouse would make the gamemuch more challenging therefore increasing the popularity of thegame, some believe that playing it on the keyboard and mouse wouldmake the game easier because they feel aiming with the mouse iseasier compared to aiming with a joystick. This has been a prettylarge debate going on recently and there appears to be no obviouswinner. This argument is very important however because we haveseen with past Halo games that making the game easier greatly hurtsthe competitive community therefore if Halo 6 were to be on the PC, 343 would need to ensure that the game is just aschallenging if not even more challenging on the PC compared tothe Xbox Oneto ensure the community’ssatisfaction.

Currently Halo’s switch toPC is still just and idea in the air and there is still a lot ofthought going through 343 and Xbox’s minds on whether or not theyshould go with it. There is also a lot of thought going on withinthe community with several debates still heating up making it clearthat we are not ready just yet for an official change to happenuntil there is a clear winner in this debate. Until then, all wecan do is think about the possibility of Halo being on the PC andcompare the positives to the negatives until we make our owndecision on what we think is best for the community.

What do you think aboutcompetitive Halo possibly being on the PC? Let me know in thecomments section below.