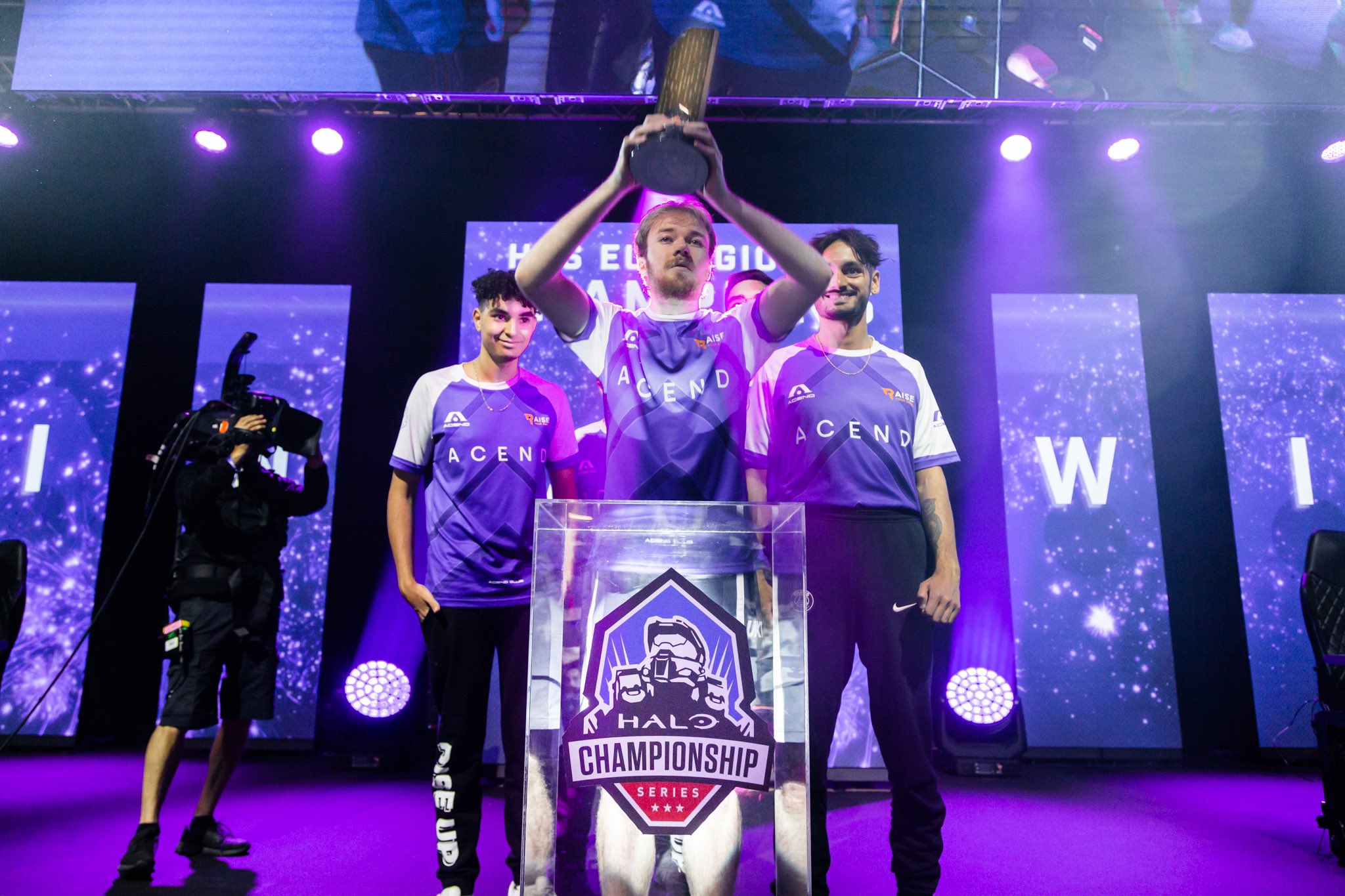 Acend has cemented its place at the top of Europe’s Halo scene with a flawless weekend at HCS Valencia. After seeing off NAVI in a hard-fought 3-2 victory for the winners bracket finals, the grand finals saw Acend take down Quadrant in a best of seven that went the distance to take home the trophy. With Quadrant hunting for a bracket reset, Acend took the final map to win 4-3 and shut down any chance for doubt to seep in.

Some questions surrounded the legendary roster heading into Valencia, owing to the recent addition of Respectful in place of Shaady. But those questions about the move have been silenced. A clear ember of passion now flickers in the hearts of a dominant roster that, by their admission, had begun to run into difficulties with their previous lineup.

Despite Capture the Flag on Bazaar for game one being a slow start to the series, Acend maintained composure and dictated the pace throughout. After going 2-1 up with over six minutes left on the clock, Acend started playing defense, sparking frustration in the Quadrant players as the timer ticked down with zero progress on tying the game up. Snipedrone and Respectful combined with being a thorn in the side of Quadrant, spending large periods of time on Quadrant’s side of the map doling out damage to prevent the French team from pushing any advantage.

The frustrating loss in game one only made Quadrant’s struggle in the following Slayer even more prevalent. While Sica walked away with a 2.33 K/D to his name, Quadrant’s star slayer SLG languished with 16 deaths and a 0.44 K/D. Realizing that they had to stem the bleeding or risk falling out of the grand finals with progressively more devastating defeats, Quadrant brought out everything for game three’s King of the Hill matchup.

With King of the Hill only being added to the competitive rotation of modes with the release of season two, a lack of experience for both teams may have played to Quadrant’s benefit. Where Acend’s aggression usually lends itself to map control in their favor, the split pushes and isolated targets got quickly cleaned up by Quadrant, and they held onto their advantageous positions for each hill rotation. TchiK and NURIX combined 1.32 K/D and 1.38 K/D performances, respectively, putting up the slaying numbers necessary to stall Acend’s push toward victory.

A chaotic, narrow Oddball win from Acend put them on the cusp of game, set, and match, but Quadrant again refused to be eliminated. Faced with a Slayer match on Halo Infinite’s newest map, Catalyst, Quadrant similarly took advantage of its minimal time in competitive play to take another map from Acend. Shad shined under the spotlight of pressure with a 15-9 performance that took Quadrant to a 50-38 win over their opposition.

Dreams of a potential bracket reset began manifesting with another win added to Quadrant’s tally in Strongholds. Quadrant clawed back from a near 100-point deficit to take down Acend with a 250-204 scoreline, bringing the series to game seven.

Both teams had already secured a dominant Slayer win at some point previously in the grand finals. Still, Acend knew they couldn’t risk a bracket reset and another series with Quadrant’s resurgent momentum. Vital mistakes from Quadrant and powerful items from the sandbox in the hands of Acend were enough to turn the margins in Acend’s favor, who won by just four kills to seal their grip on the Valencia trophy.

The full results for the Acend vs. Quadrant grand finals were as follows:

By the conclusion of HCS Valencia, all four players from Acend lined the top 10 leaderboard for K/D ratios throughout the event, exemplifying the dominance they displayed against Europe’s fiercest competition. Snipedrone topped that leaderboard with a 1.25 K/D overall, closely followed by Quadrant’s star player TchiK with a 1.22 K/D. As for the grand finals themselves, Lqgend was topping leaderboards with 144 kills to his name, the most of any player in the lobby.

With their grand finals victory, Acend takes home the title of Europe’s finest on top of $36,000 from the regional finals’ $100,000 prize pool. But their focus will already be turning to the approaching Major in Orlando, as they aim to convert the momentum from a LAN victory at home into an even greater performance on North American soil.