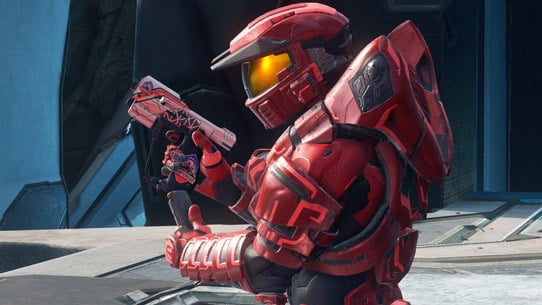 The FFA tournament will feature a single-elimination bracket, as well as Halo Championship Series (HCS) FFA settings. First place will take home 10 platinum REQ packs, which are used to gain access to new weapon skins and armor to make your Spartan stand out, while second place will earn five packs and third will walk away with three.

During a time when there are tensions between the developer and the community, due to many fans feeling as if their voices aren’t being heard by 343, this event will hopefully ease the frustrations many have for the developer. With the players competing having an opportunity to voice their concerns with 343 members in person, rather than through the internet, this could help.

The assault rifle (AR) dilemma is a great example of the community’s frustrations. Despite the players’ continous notes about the AR as a starting weapon, due to some competitors believing that it closes the skill gap in competitive play, 343 kept it as a starter until two months ago when it released the updated HCS settings for the summer season. 343 provided no valid reason as to why it kept the AR as a starting weapon for so long, infuriating the community even more. Mechanical preferences are highly opinionated within the community. A developer not providing a clear statement as to why it chose not to make changes over a long period of time, however, leads to unnecessary aggravation.

If successful, this event may be one of many to come, allowing 343 to improve on its relationship with the community.