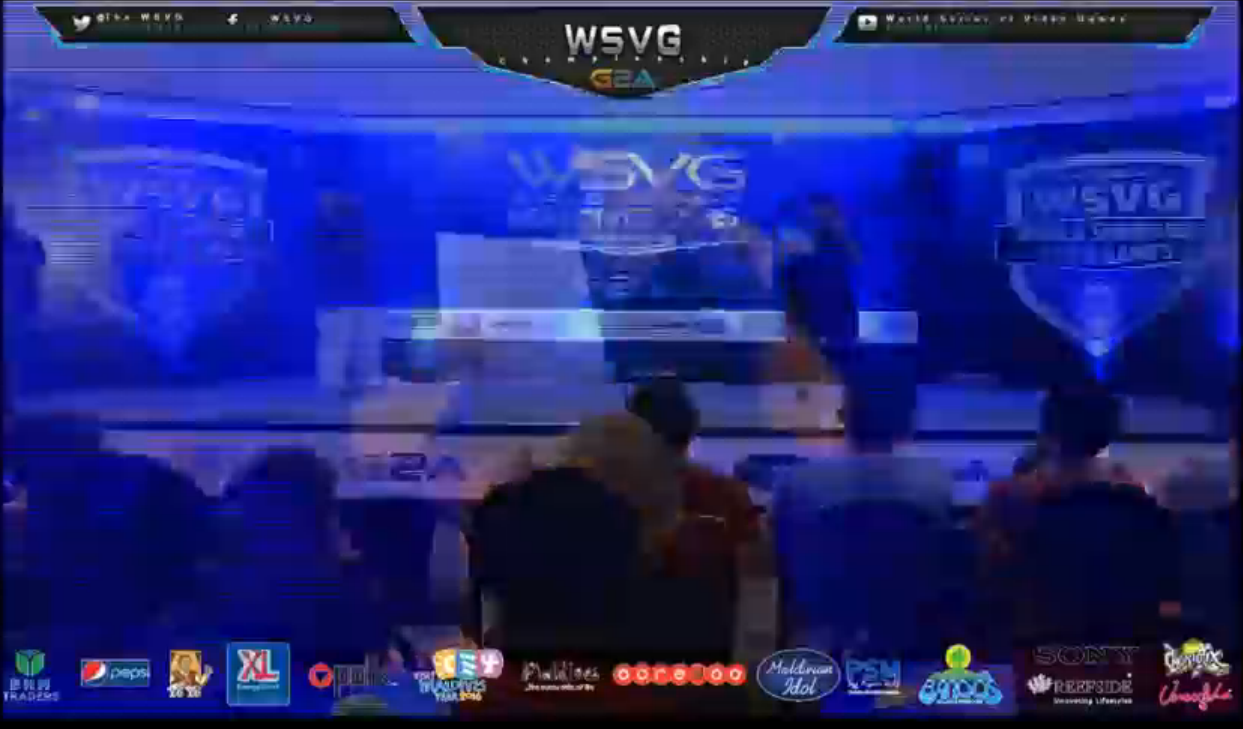 The World Series of Video Games set out last year to build itself into one of the most-watched esports events. Today, it may have done just that—but, ironically enough, by being unwatchable.

By becoming bogged down with disastrous noise and dated technology, WSVG stands alone as the worst thing in esports. Take a look.

It wasn’t supposed to be like this. WSVG was built, originally, to work with the Cyberathlete Professional League. The CPL was one of the largest North American tournament series to date, and ran from 1997-2007.

When the CPL’s World Tour died out in 2005, WSVG stepped up in its place, providing international tournaments for games like Counter-Strike and Warcraft III. However, it disbanded the following year, citing a failing revenue stream. Many considered it just another flop in the long series of esports trial-and-error ventures.

In 2014 that all changed when WSVG was brought back to life by a mysterious company know as World Series Corporation. And this week’s tournament—World Championship Maldives 2015—is the first opportunity to bring back the WSVG brand.

But hype for the event was tepid at best. Because WSVG had subcontracted out the event’s qualifiers to different companies, it was almost impossible to find out which teams had qualified. The event’s website was lacking critical information, such as the casters for the event, up until very recently. And while the company’s Twitter account did provide more information, it was also accompanied by seemingly random trivia, such as which cars the upcoming Need for Speed game included, or new Minecraft features.

All of that pales in comparison to today’s opening ceremony stream. Fans tuned in at the announced time, 11:30am ET, only to find an offline channel. It remained offline for more than an hour, with a tweet finally informing viewers at 1pm that the opening ceremony would occur—and this is great—”within the next hour.”

The stream finally went live, and a 20-minute mess of baffling production decisions ensued. VHS-like quality and indecipherable audio lasted the entire show, which included several men reading off pieces of paper to an audience of dozens.

Then, a hip-hop dance crew crashed the party, followed by a bizarre video game-themed LED costume show that reminds me of my darkest nightmares.

A request for comment to WSVG has gone unanswered, which is a shame because the whole ordeal leaves us with so many questions. The worst part of all this, however, isn’t the horrible opening ceremony. It’s that it happened in the year of TBS, ESPN, YouTube, MTG, and other mainstream media enterprises entering esports.

These kinds of mistakes would be much more understandable back in 2007 when WSVG originally died off. In fact technical issues were indeed a major part of why it ceased production in the first place.

But today’s WSVG is both highly visible and well-connected in the industry—its title sponsor, G2A, also sponsors big esports companies like ESL and Cloud9. Other sponsors include big names like Pepsi and Sony. (And, oddly enough, Maldivian Idol.) WorldGaming, the company WSVG partnered with to hold its North American and several European qualifiers, just announced a $15 million purchase by Canadian movie chain giant, Cineplex.

In a Reddit response to concerns about WSVG last month, CEO Luis Prata said that “more then half of our management board comes from the eSports industry since its very inception… Most of us are also members of organizations such as IeSF since its very beggining.”

But this student quality from companies and people that should know better is a major red flag. Esports has evolved beyond these kind of dog-and-pony shows. It’s true that this is an entertainment industry—but the entertainment shouldn’t come from everyone pointing and laughing at it.

As its known to everyone, the logistics involved in organizing an e-sports event, in a unique setting as the World Series of Video Games Maldives 2015, set on a beautiful but remote island, presents a considerable challenge to any event organizer. In the moments before the start of our live transmission, our streaming system, which performed perfectly throughout the day, and during all tests, failed, and a replacement could only be transported into the island the following morning. Therefore we used a different feed to broadcast the opening cerimony. Although your impression may be negative, the feedback of all those present was more than positive, and we are happy with the result. A HQ version will be made available.”