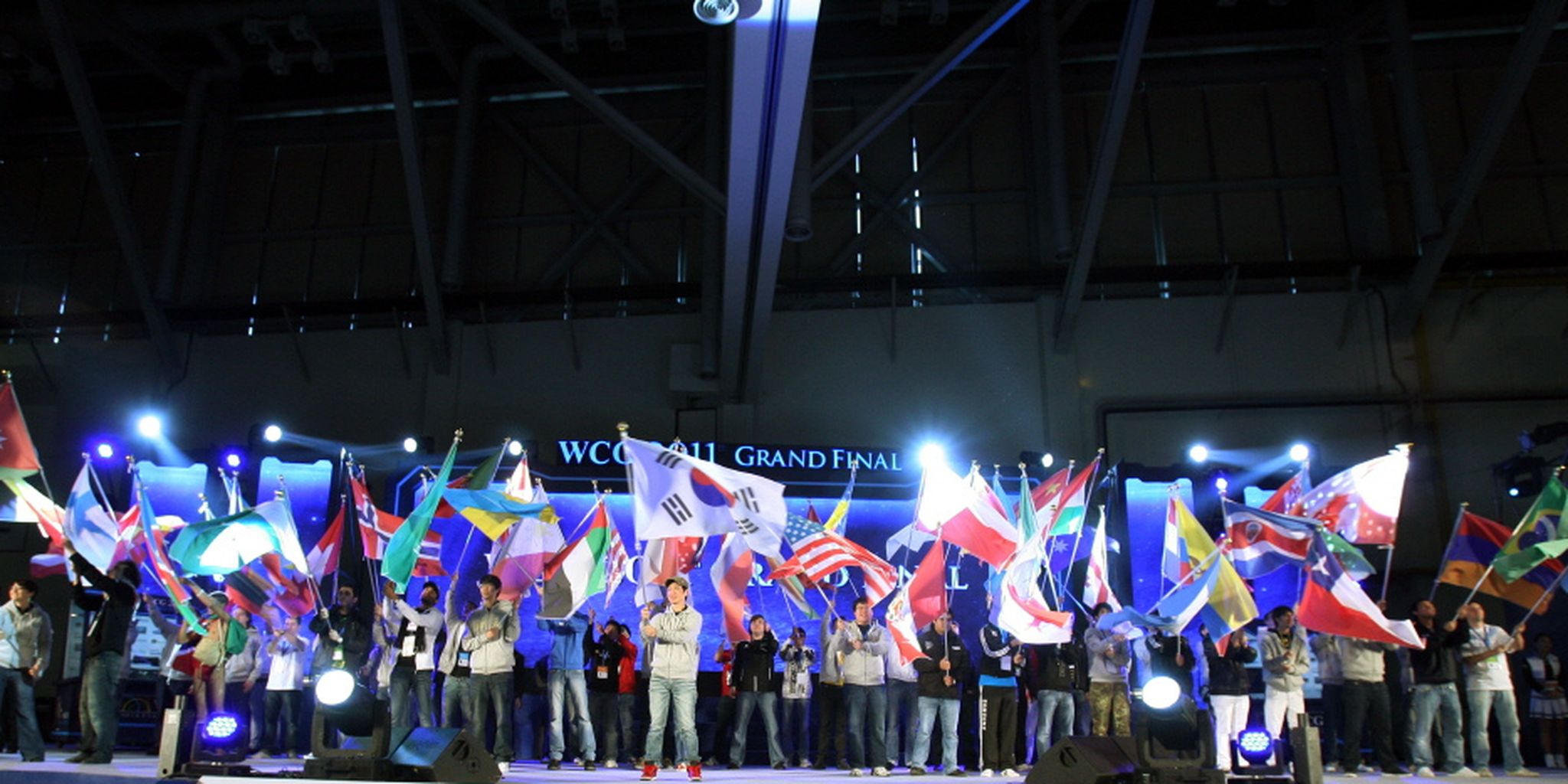 A 15-year-old Olympic-style esports competition is shutting down.

Lee skirted around specifics as to why, blaming the closure on “the current global trend as well as the business environment.” But the CEO has been on the receiving end of sharp criticism from his former partners around the globe.

In a conversation with the Daily Dot, Silviu Stroie, CEO of ComputerGames.ro, the Romanian national partner for WCG from 1999 to 2011, described Lee as “impossible to work with.” Stroie was WCG’s longest-lasting international partner. Now he views the company as a failure, largely thanks to Brad Lee.

The WCG “stopped to be an esport event years ago,” Stroie said, “and became just a marketing tool.”

Han Park, a spokesman for the WCG’s chief American organizing partner, ESS Agency, elaborated: “[The WCG] lost the relationships they previously had with publishers. Lots of publishers are doing their own world championships and working with other established groups like Major League Gaming.”

“The CEO … never understood what gaming is and what esport actually is,” Stroie said.

“I was keep going back to the event hoping that things will change and improve, but every year was worse than the previous one.”

Stroie pointed to several specific reasons for WCG’s failure. From a business perspective, Lee increased the WCG national licensing fee 300 percent from 2011 to 2012, causing many of its established partners to leave. As a result, the quality of the competition plummeted.

There was no real reasoning given for the licensing price spike, Stroie said, “just some marketing words.”

Lee and the WCG did not respond to multiple requests to comment on this article.

In 2001, the league expanded greatly. Thanks to backing from Samsung, it was able to host a $200,000 tournament concluding in Seoul, already the world’s greatest esports city. In 2001 and 2002, Lim “BoxeR” Yo Hwan cemented his place as the world’s most famous esports player with two WCG championships.

Games like Counter-Strike and Warcraft 3 looked to WCG even as other international tournaments entered the industry. The Olympic-style competition was fueled by national pride and the ability for small countries to annually compete with esports heavyweights.

Fans were glued to their computer screens watching matches even during lower-rung matches.

In 2009, WCG hosted a $500,000 tournament with competitors from 70 countries featured some of the best matches of the year in games like Counter-Strike and Brood War. It was easily the biggest moment in the competition’s history.

In the email to WCG partners, Lee wrote that the news was “shocking.”

“We know, the entire staff of the WCG was surprised,” he wrote.

But for people who’ve followed esports closely, the news isn’t surprising at all. For the past five years, the WCG has been falling in a downward spiral, ceding ground to international tournaments like DreamHack and Intel Extreme Masters. Players and viewers have paid less attention as other tournaments long ago surpassed WCG in quality.

“One of their worst ever decisions was when WCG decided to drop Counter-Strike,” Stroie said. Counter-Strike is one of the longest-lasting, most popular esports franchises of all time. “One of the main games that made WCG so popular was Counter-Strike. Instead, they decided to focus on games that are popular only in a very specific region of the world, where very few national teams could have competed.”

The reasons were simple. Counter-Strike is a five versus five game, meaning that it costs a considerable amount to send so many players from around the world to compete. Instead, WCG replaced it with games popular in narrow corridors in Asia such as “Counter-Strike Online,” a free-to-play knock-off available only in Asia. By contrast, Counter-Strike has a worldwide following, making it ideal for an Olympic-style event.

The WCG shrunk fast. From a peak of nearly 70 countries participating, only 40 were competing in 2012. Always a promotional tool for Samsung, the WCG even considered switching from PC games to mobile games in 2012, but backed out of the idea following community backlash.

Correction:  This article originally misidentified the ESS Agency spokesman as Edward Tomasi. It was actually Han Park. We regret the error. ESS also took issue with the context in which Park’s quotes were used, and issued the following statement:

An article on Wednesday about the shutting down of the 15-year-old World Cyber Games (WCG) incorrectly associated the ESS Agency’s spokesman quote as though WCG or its CEO was difficult to work with or shut down due to lost publisher relationships. The statement made by the spokesman was intended to define the overall broader global market environment and challenges surrounding all competitive leagues, and should not have been associated with the direct cause of WCG’s shutdown.

It also included the following statement from Park:

“It was a pleasure working with World Cyber Games, their global partners and their CEO Brad Lee. ESS Agency enjoyed a long and positive relationship with WCG over the years, and it will be greatly missed by our agency and the community of competitive gamers here in the United States”.