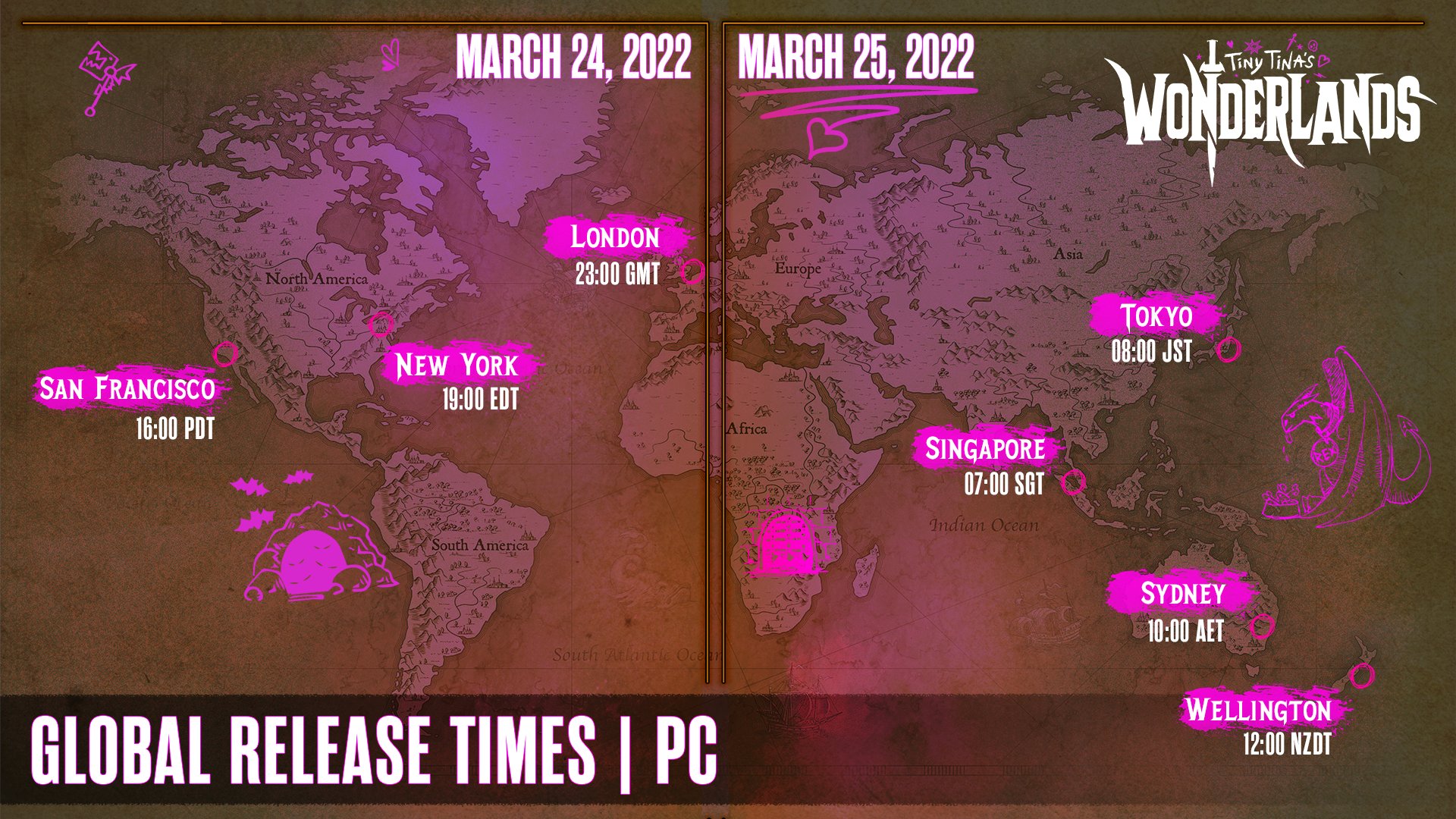 Tiny Tina’s Wonderlands is the latest loot and shoot title from Gearbox Software that invites players into the realm of Pandora. While this game isn’t exactly a strict Borderlands story, players are still eager to hop into this canonical adventure in that world.

Players eager to pre-load the game will likely be able to do so soon, even if there’s been no official word from the developer for some platforms. The official Twitter page for Wonderlands posted yesterday that Xbox platforms could start pre-loading the game.

In the same tweet, the devs said that PlayStation pre-loading should begin sometime later today. Unfortunately, the Wonderlands account replied to another tweet saying that the game won’t have a pre-load option on PC. Instead, the game’s PC version will have its release window before it goes live on consoles, around 6pm CT on March 24.

The game is around 29 GB and PC players will be able to begin downloading at the scheduled release time. This release date will put computer players a few hours ahead of their console counterparts, but those users won’t have to wait on a lengthy download.

While Tiny Tina’s Wonderlands will be a self-contained adventure in the Borderlands universe, it’s still set to bring all the classic characters and guns that players love.

In the time leading up to its release, players should pick their classes and get their pre-loads started to be ready to head into the Wonderlands.