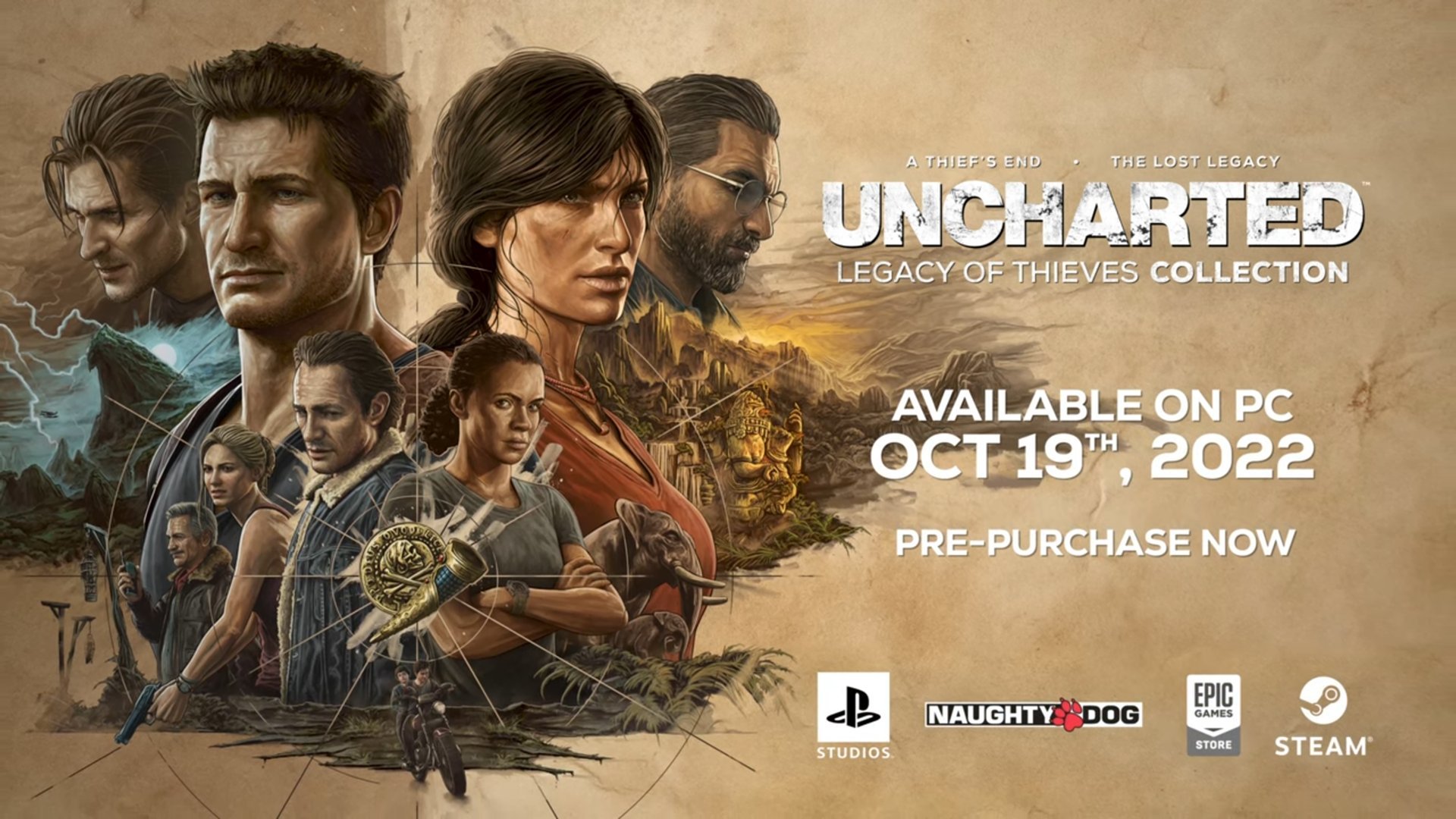 Uncharted has become one of PlayStation’s most popular series after the first game released 15 years ago on the PlayStation 3. Since then, players have seen Nathan Drake and his friends travel the world in search of mythical treasures. While the games have been PlayStation exclusives for some time, the developer finally confirmed a few of the Uncharted games are coming to PC.

According to a trailer posted on PlayStation’s YouTube channel, Uncharted: Legacy of Thieves Collection will be arriving on PC starting in just over a month on Oct. 19. This collection contains Thief’s End and The Lost Legacy, both released on the PlayStation 4. The games are available for pre-order on Steam and Epic Games Store.

Players who pre-order the game on the Epic Games Store will be given Sully’s “New” Seaplane as a Glider in Fortnite. This was leaked alongside the game’s release date earlier this month, so this trailer might not have been the biggest surprise for players.

In A Thieves End, Nathan Drake is pulled out of retirement for one last job to search for the lost pirate treasure of Henry Avery. After coming into conflict with an old business partner, Drake must solve the mystery of the pirate before someone else does. In this game, Drake eases into retirement by reliving some of the most important moments of his life.

In A Lost Legacy, Chloe Frazer searches for the Tusk of Ganesh with the help of mercenary Nadine Ross. It’s up to the duo to prevent a warlord and his army from starting a civil war that leads to bloodshed in the country. This game was released as a standalone expansion to A Thief’s End in 2014.