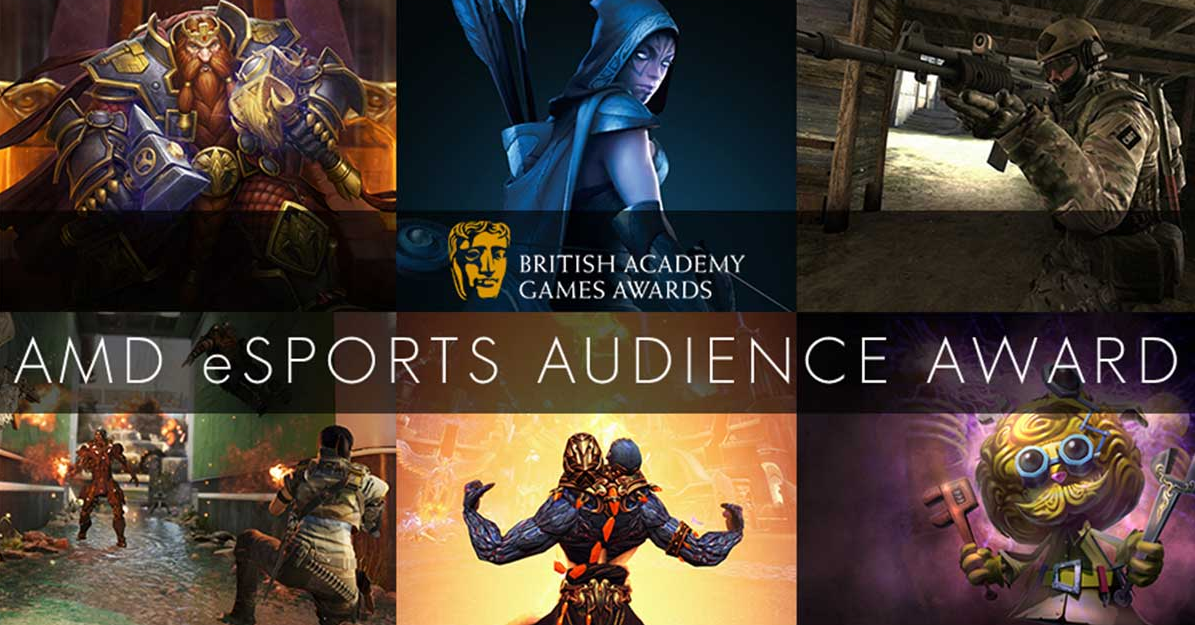 The ‘AMD eSPORTS AUDIENCE AWARD’ is a fan-voted award, so YOU can VOTE for your favorite eSport to win! Six of the world’s most popular games were nominated for the award this year. On the list are:

BAFTA also stated, “AMD are giving away tickets to the British Academy Games Awards ceremony where you can join the elite of the gaming world as we gather together to recognise talent from across all disciplines of the gaming landscape.” The ceremony will take place in London at the Tobacco Dock on April 7th. You can enter for a chance to win a ticket by VOTING for the eSports Audience Award!