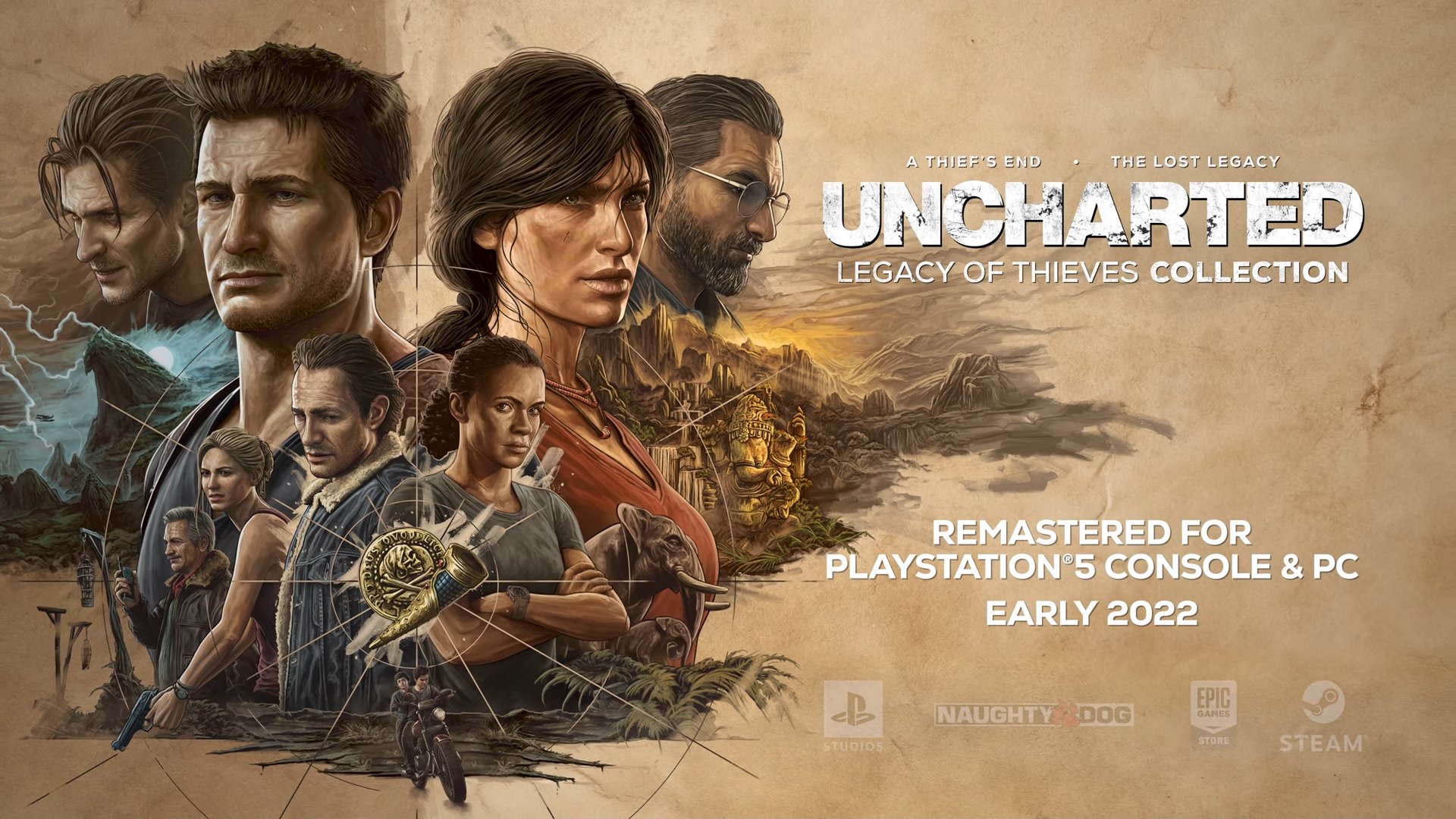 During one of Sony’s Investor Relations reports in May, the company revealed that it planned on bringing more titles to PC to drive sales in PC-heavy markets. At the time, the only new title revealed for a PC launch was Uncharted 4: A Thief’s End.

But now, during today’s PlayStation Showcase 2021 event, Sony confirmed that Uncharted 4 will release on PC and PlayStation 5, alongside the latest entry in the franchise, Uncharted: The Lost Legacy, in early 2022.

Both titles will be a part of the new Uncharted: Legacy of Thieves Collection, which will feature remastered versions of Uncharted 4 and Lost Legacy.

The PS5 version of the bundle will launch first sometime in early 2022, according to Sony, with the PC port releasing “shortly after” on Steam and the Epic Games Store. More details about the game and its launch will be shared closer to the release window.

The PC version of the bundle is being developed by Iron Galaxy, a studio best known for porting titles like the Batman: Arkham series, Borderlands, and more to various platforms. Prior to this, the team ported Overwatch to the Nintendo Switch in 2019.

During that same Investor Relations report, Sony also mentioned that it will push to “extend beyond consoles” in other ways, such as bringing PlayStation IP to mobile devices and continuing to expand its offerings in live services, cloud gaming, and other areas.