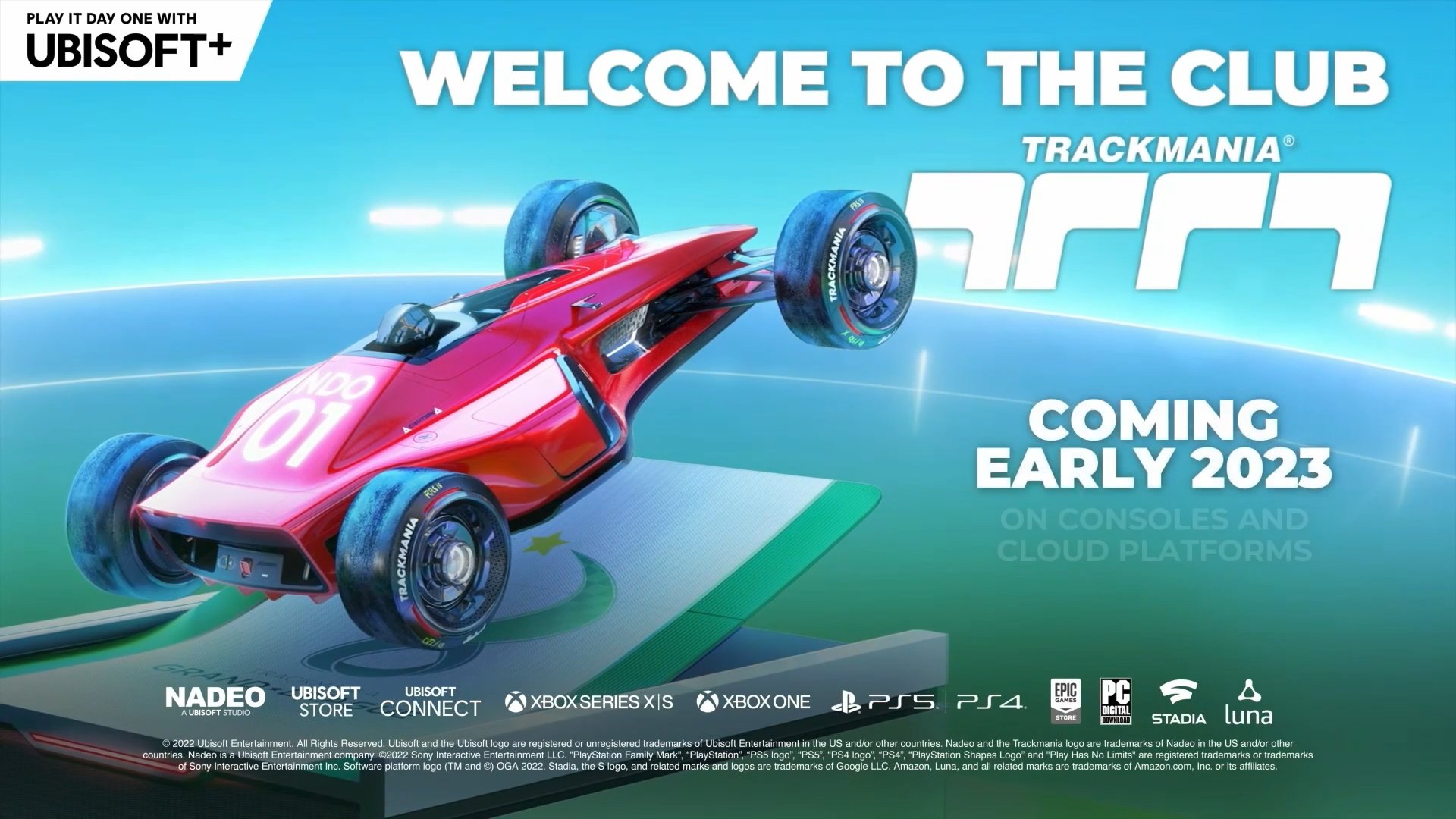 The popular racing title Trackmania announced that the game will come to console and cloud platforms in 2023, confirming cross-play and cross-progression.

Rebooting the series in 2020, Trackmania is a fast-paced arcade racing game that was originally only available for PC. A little over two years since the game was initially launched, Trackmania confirmed it is finally coming to consoles at the Ubisoft Forward games showcase.

Though Ubisoft did not confirm exactly whenever the console and cloud versions of Trackmania will become available to players, the announcement stated that the racing title will be available across Xbox One, Xbox Series X, PlayStation 5, and PlayStation 4 sometime in early 2023.

Details under the announcement video on YouTube also confirmed that the game console and cloud version would feature cross-play and cross-progression. This means that console players can play alongside players from other platforms, and progress or purchases made in-game will track across PC and consoles. This also means custom maps created on PC will be available to console players upon launch.

The last title in the racing game franchise to be released on console dates back to 2016 in Trackmania Turbo, which saw releases on the PlayStation4 and Xbox One. Waiting over six years for the next iteration of Trackmania to become available on console, long-time fans of the series rejoiced as they could finally play the latest game on console and cloud once again.

While fans will still have to wait some time, Ubisoft promises that more content will come to Trackmania as the game’s transition to console begins. Only time will tell what else Ubisoft has in store for its popular racing series.